With so many modern and fancy campers on the market, is it time to trade in your camper for a new model, or is there an alternative option?

With our camper having travelled well over 50,000 kilometres in the course of its very fortunate life, it was looking a little worse for wear. We too were a little tired of a couple of the missing options we’d long wished our camper had in its original features list. We’d given it a couple of small love bites on some very rough tracks too… with one particular trip in Tassie causing some minor damage which was in need of repair.

So we found ourselves in a tricky position. Should we bite the bullet and trade the camper in on a brand spanking new unit? Or was there another, less costly option? Having had the camper since new, we decided the best bet might be to go back to the source and talk to the original manufacturer to see whether we had any alternatives to forking out a stack of dosh on a new model. A couple of quick phone calls later, we found ourselves back at Cub Campers HQ in Sydney’s west where the service team assessed the damage and talked us through their ideas on a new camper versus the possibility of an upgrade to our existing camper.

Before long, we’d agreed on a way forward… an upgrade it had to be.

Starting at the front of the trailer, the old stone guard was replaced with a new, more modern version as well as new ‘stone stopper’ mud flaps and a ‘quiet’ winch to help wind the camper closed. Around the body itself, the panel damage was fixed and a driver’s side door was installed (addressing one of our earliest regrets of the original purchase… which was in the ‘optional extra’ department at the time). New gas struts also replaced the tired old units that support the opening of the camper. We then opted for new LED lighting and an upgrade from the old manual ‘fist pumper’ to a 12V electric water pump.

Underneath, the rear drop-down legs were replaced with a modern set of AL-KO wind-down legs; and our stopping ability was greatly improved with the original mechanical brakes being swapped out for a new AL-KO 12V electric braking system, including hubs and swing arm suspension frames. The final change was removing the old 100Ah battery which had been struggling to hold a charge – and replacing it with a more modern 120Ah Deep Cycle AGM battery from Century Batteries. We can now have the confidence and more than enough power to run the fridge and the new LED lighting and water pump.

All up, the time and money we saved by opting to take the camper back to Cub for an upgrade and minor repairs far outweighed the change-over cost (not to mention the wait time) of acquiring a brand-new camper. If your old (or maybe even ‘new to you’) camper is in need of some TLC, at least ask yourself the question. It may well save you some hard-earned coin.

From our base in the Blue Mountains, our Cub Camper has been to Central Australia and the Northern Territory a couple of times – travelling along the Birdsville, Oodnadatta and Old Ghan tracks – and it’s crossed the Simpson Desert twice. It almost knows its own way around the Flinders and Gammon Ranges. It’s been through central and far north Queensland as well as a lap around Tassie… and it carries all the stickers and (now only minor) scratches to prove it.

With our old camper looking and functioning a little more to our liking, we reckon it may well get another 50,000 kilometres under the belt before we again need to consider retiring it. But who knows? Cub has been manufacturing camper trailers in Australia since 1968 and continues to keep the ‘Aussie-made’ flag flying, so we may well opt for another upgrade yet. 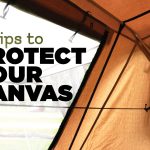 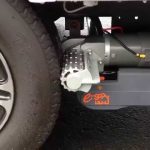