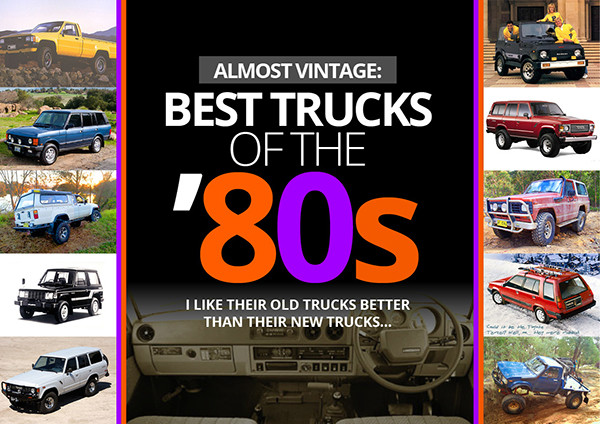 I really don’t have a soft spot for new vehicles. There… I said it. Sure, modern trucks are reliable, safe and capable of performing the task at hand, but so are hand-knitt ed socks and I don’t really like those either (sorry Mum). When you take away the rust holes, the slow engines and the rough riding suspension fitted to trucks made in the ’80s, you take away that fun factor that got us hooked on four-wheel driving in the first place. Trucks of the ’80s are simple fun with a capital F!

So if you are like me, and would prefer to be bouncing – rather than gliding – down a track, a four-wheel drive made in the 1980s could make plenty of sense. That and you might be broke like me, and let’s be honest there are some absolute bargains out there if you are prepared to put in some elbow grease. Besides, most will still have the luxuries we all demand such as power steering, air-conditioning and armchair-like seating. Make no mistake about it though; they are still very much truck-like. Just not as truck-like as say a G60 Patrol, Series Land Rover or early 40 Series ‘Cruiser, with the only comfort item being an ashtray and windscreen wipers that might even still work! These were the best four-wheel drives (in no particular order) available in the ’80s, and the ones you should consider buying for an almost vintage project.

The original Range Rover stormed the Australian market in 1972, and by 1986 four-door models with automatic transmissions and electronic fuel injection were available, making them rather ahead of their time. Australians loved the Range Rover Classic too, with sales here overtaking mother England by 1985. There are no surprises here; you have a comfortable four-wheel drive that is also extremely capable, fitted with a throaty V8 engine, flexy coil springs on all four corners and disc brakes all ’round, too. This is the stuff dreams were made from on paper, however much like communism, some things work better in theory than in practice. Now, we’d like to try and avoid the line every other publication seems to follow and say the early Range Rovers were unreliable, and that if you bought one made on a Monday or a Friday that you would have troubles. But really, they are… and you will! They do make a tremendous platform for a project vehicle though, or a cheap toy if you are mechanically minded and have stocks in big oil…

Ah, the mighty unbreakable HiLux… Still to this day it is one of the most popular vehicles sold on the new car market. Not just the four-wheel drive market, but the entire new car market locally and overseas. They just plain work at the end of the day, and sure they were slow and had little problems like rust or the weak(ish) diff centres if abused. And if you like rock-crawling you will have busted a few tailshafts or CV joints by now, but they have a habit of being able to always get you home no matter what. And for that, we have to say bless the old Luxy. The ’80s saw the introduction of the 4Y petrol engine, which later paved the way for the legendary 22R 2.4 petrol motor, as well as the 2L 2.4 diesel motor that later advanced into the 2LTE turbo-diesel motor found in import Toyota Surfs. The real benefit of the HiLux though, was the mass amount of ground clearance built in from the factory as well as the shear magnitude of modifications you can perform with nothing more than a spanner and can of WD40. Oh, a well-sorted live-axle HiLux at full flex is a thing of beauty; those front ends sure like to boogie with the right mods!

Hands up who started their off-road career in a Suzuki Sierra? Yep, me too. It was an LJ50 that my great uncle used to bounce up near vertical mountains or float over muddy quagmires with us kids in the back, smiling from ear to ear. And that is what Zooks are all about – the fun factor. They literally are like a motorbike with four wheels and are about as easy to work on and cheap to run as a postie bike, too. Look for a post 1988 model, and you even get the benefit of wide-track axles, which increased stability and raised the gearing for lower revs on-road. Hard-top, soft-top, LWB, SWB and ute variants were all available too, so there is a Sierra to suit any purpose. Well, unless that purpose is transporting large, valuable and fragile items. In that case you would be better off using just about anything else, because Zooks ride rough. They are also as slow as a wet week, and about as refined as a meth addict during detox. But if you can live with that, you will find yourself supported by a fraternity of fellow likeminded Zookers, and once you’re in, you won’t ever want to leave.

Leaf springs… comfortable? No way. Actually, yes way! The 60 Series proved it. The 60 and later 62 Series took the best bits of the legendary 40 Series and made them even better, kind of like taking a gold bar and wrapping it in money. “They had issues though”, I hear the wise-arse in the pub corner mutter, and he is right… not that I’m at the pub.

Any-who, it’s rust and they just love the stuff. If you manage to find a rust free example, it just means the previous owner has had it cut out, so be sure to bring a magnet along on your inspection and run it over the roof gutters, turrets and rear wheel arches in particular. Other than that, they have a tough-as-nails driveline, the option of petrol or diesel engines, manual or automatic gearboxes and even the venerable 12HT factory turbo-diesel in the last years of production. This engine is as rare as a rust free 60 Series. Find the two combined, then do whatever it takes to make it yours! But be aware that the 60 Series was only available as a four-door wagon, so if you are chasing a different variant such as a ute or SWB, perhaps the 60 isn’t for you. Or perhaps you should take a look at your life choices as the 60 Series rates very highly as one of the all time greats!

Anybody who has ever twisted a set of auto-locking hubs will appreciate that the GQ Patrol was a bloody great four-wheel drive, which was sold in Australia from 1988. They are solid, reliable and very capable off-road, but the MK Patrol (the last of the M series Patrols) in many ways did things better. Firstly, there was a choice of L28 petrol engine (which has race heritage) or the SD33 3.3L six-cylinder diesel and then finally the magic SD33T turbocharged engine. Also the SWB version had a removable rear roof that was perfect for warm summer days or even those who enjoy a spot of hunting. It also paved the way for the GQ in terms of design (they actually share a few of the same panels), so have some respect for your elders you lot!

These days, it seems the MQ and MK Patrols have been forgotten, which is a shame as they can be picked up for the price of a hot meal. The SD33T would have to be one of the best production factory turbo-diesel engines ever made, something it took Nissan many years to better with the TD42T found in the GU Patrol. We won’t mention the RD28T found in the GQ and later GU though, as these had a habit of cracking heads at around 200,000km. Long live the MK!

Just like the timeless mullet, the Pajero is all business up front and party at the back thanks to its independent front suspension and live rear axle. The comfy IFS allows for a nice ride and decent handling for a vehicle of its age, and the solid rear axle does its best to put power down to the ground. The Pajero was also one of the first four-wheel drives offered in Australia with a turbo-diesel engine, and finally provided a comfortable, Japan-built off-road vehicle to the masses… no offence Rangie fans. 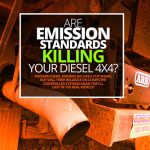 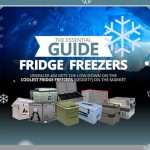