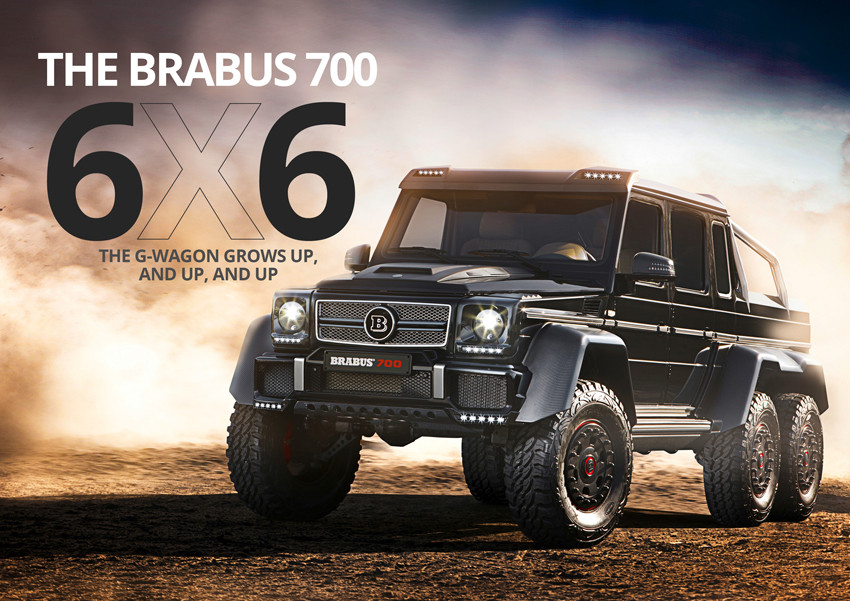 The Mercedes-Benz G-Wagon is one of those vehicles that can go anywhere, and considering that it has been in production since 1979, it probably has been almost everywhere. Including those tricky hard-to-reach country clubs and five-star hotel entrances. But if there was anywhere the G-Wagon couldn’t get into, the Brabus 6X6 aims to fix that – whether it’s a technical track or a royal palace.

The Brabus 700 is based on the Mercedes G63 AMG 6X6, which is based on the G320 CDI that Mercedes adapted for use in Australia by the military … which is all complicated and very German. What you need to know is that Brabus wasn’t happy with the nearly 400 kilowatts that the already insane G63 6X6 produced, so they turned the knob well-past 11 to roughly 39, and then covered everything with the skin of extinct baby animals and sprinkled diamonds on top.

They ended up with a 515 kilowatt engine that’s so sophisticated its intakes needed to be wrapped in gold to keep up with the heat from the massive turbochargers. Thanks to this it does 0-100 in 4.4 seconds, and it will presumably reach this number no matter if you’re on bitumen or dirt, or the beach, or a rock course.

It’s important to not take the Brabus 700 too seriously. So let’s just get over the fact that it’s not practical and at roughly $900,000 it costs more than a house, and a Ferrari, and a boat, and another house. For this, you get one of, if not the most luxurious interiors ever to be put in a vehicle riding on 37-inch beadlock wheels that’s also equipped with five locking differentials. Swedish suspension guru Öhlins were called into provide the highest-end, most-advanced dampening on the market, presumably to avoid any future issues they may have with suspension on the Canning Stock Route.

The entire thing is wonderfully ludicrous, you’ll just need an oil field to finance it. Perhaps it’s no surprise then that the biggest market for this vehicle is in the Middle East.

Portal axles mean it is 2.2 metres
tall with 460mm of ground clearance 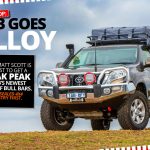 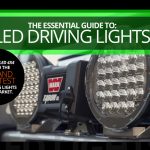