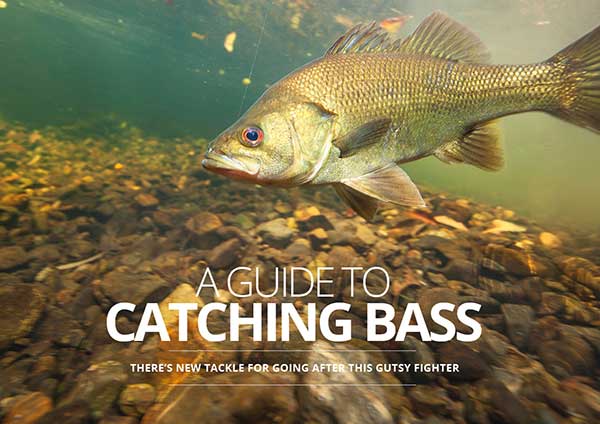 The Australian bass reserves a special part in the hearts of Australia’s east coast, river-based sportfishing advocates, and for good reason! This plucky little Australian native is an absolute sucker for a well presented lure and pound-for-pound is as gutsy as any other species on the market.

Their moderately sized, oval shaped body is fitted with a broad, powerful tail. Large, relatively high-set eyes indicate a fish that is a proficient hunter in low light conditions and is an active surface feeder. The upper body is dressed in dark olive to grey markings with yellow-bronze colouring in the central portions of each scale, although colour can vary significantly depending on surrounds. Bass always blend well with their surrounds.

Landlocked specimens from lagoons with a high availability of food will often have the best growth rates and reach the greatest size. Wild river bass have been recorded to 60cm and almost 4kg, but any specimen over 1.5kg is a quality fish.

Where To Find Them

Australian bass are unique to the rivers, creeks and estuaries of the east coast, spending much of their lives in the freshwater upper reaches and only moving to the more saline downstream regions for spawning. They range from about the Mary River in south-east Queensland down to the Gippsland Lakes system of Victoria and can survive to altitudes of 600m or greater.

In daylight hours, river bass spend much of their time holding around snags (submerged fallen trees) and in protected areas created by rock structures or overhanging banks and vegetation. In low light periods they are more likely to venture out of their cover in search of food. On warm, balmy nights when terrestrial insect activity is high, bass can often be witnessed aggressively feeding in quite open water.

Bass have been extensively stocked into impoundments and many waterways outside their natural range. Certain dams have built a reputation as regularly producing exceptionally large specimens. Glenbawn Dam near Scone in NSW is one such example.

Traditionally, baitcasting tackle has been preferred by most bass enthusiasts. Small, finely machined baitcasting reels are married to pistol-grip baitcaster rods around 1.7-1.9m in length. The rods are built to fish line weights of 4-8kg braided or monofilament lines. A monofilament leader 1-2m in length and of about 6-10kg breaking strain is commonly employed as abrasion protection required when bass manage to drag a bait or lure into their timber or rocky sanctuary.

Baitcasting stalwarts habitually used minnow-style plugs and a range of popular and successful surface lures such as the Tiny Torpedo and Jitterbug. However, with the relatively recent introduction of a wide range of soft plastic lures and the unconventional looking spinnerbaits, standard bass fishing tackle has changed quite dramatically. While the old favourite lures still account for plenty of fish, these newer lure styles have allowed for a greater coverage of bass water. The vertical sinking attributes of weighted soft plastics and spinnerbaits means that lures can be made to penetrate parts of a waterway that were very much out of bounds to our earlier and more conventional lures.

As a result of these new lure styles, superbly matched, quality threadline reels and spin rods (slightly longer than those baitcasting rods mentioned above) are more regularly being employed as delivery tools for bass lures. Threadlines are generally better able to present smaller, lighter offerings in the soft plastic range than their baitcaster cousins can.

Most serious modern day bass anglers choose (wisely, I might say) to fish with a threadline and baitcasting outfit, both rigged and ready to go as conditions or environments change.

The warmer summer months are when bass are most active. Spring is often prime time, as the fish are very active and hungry after the rigours of travel and spawning. Sudden drops in water temperatures and/or barometric pressure can cause a shutdown of bass activity.

Although bass can be taken from the banks of rivers and creeks, small watercraft such as canoes and punts offer greater accessibility to the better areas. Many good bass waters are flanked by heavy vegetation, which greatly restricts foot access.

In daylight hours, lures and baits should be presented as close as possible to potential fish-holding structure. This structure may vary from rock bars and overhanging banks to weed beds and submerged and semi-submerged snags. Most anglers fish surface lures early and late in the day. If surface lures fail to bring results, a change is then made to minnows, spinnerbaits or soft plastic presentations.

If fishing at night it is not as important to work lures or baits as close to structure. Under nightfall bass will often congregate at the heads of pools in creeks and rivers and can be found free-swimming in open areas of dams and rivers. Sonic lures or surface lures that cause plenty of water disturbance are favoured night lures.

Bass within their natural environment are recognised as being under threat from environmental degradation caused by land clearing, urban development and many agricultural practices. For this reason, most bass enthusiasts release most or all of their catch from rivers and creeks. They tend to reserve this species for the pleasure of the chase and capture, choosing other more abundant species for table fare.

However, bass stocked in dams are unable to breed and therefore taking a fish or two every now and again for the table is often acceptable. Bass taken from clean water make for fine table fair, although many dam bass carry a weedy taste. 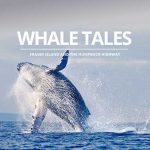 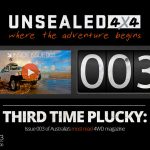