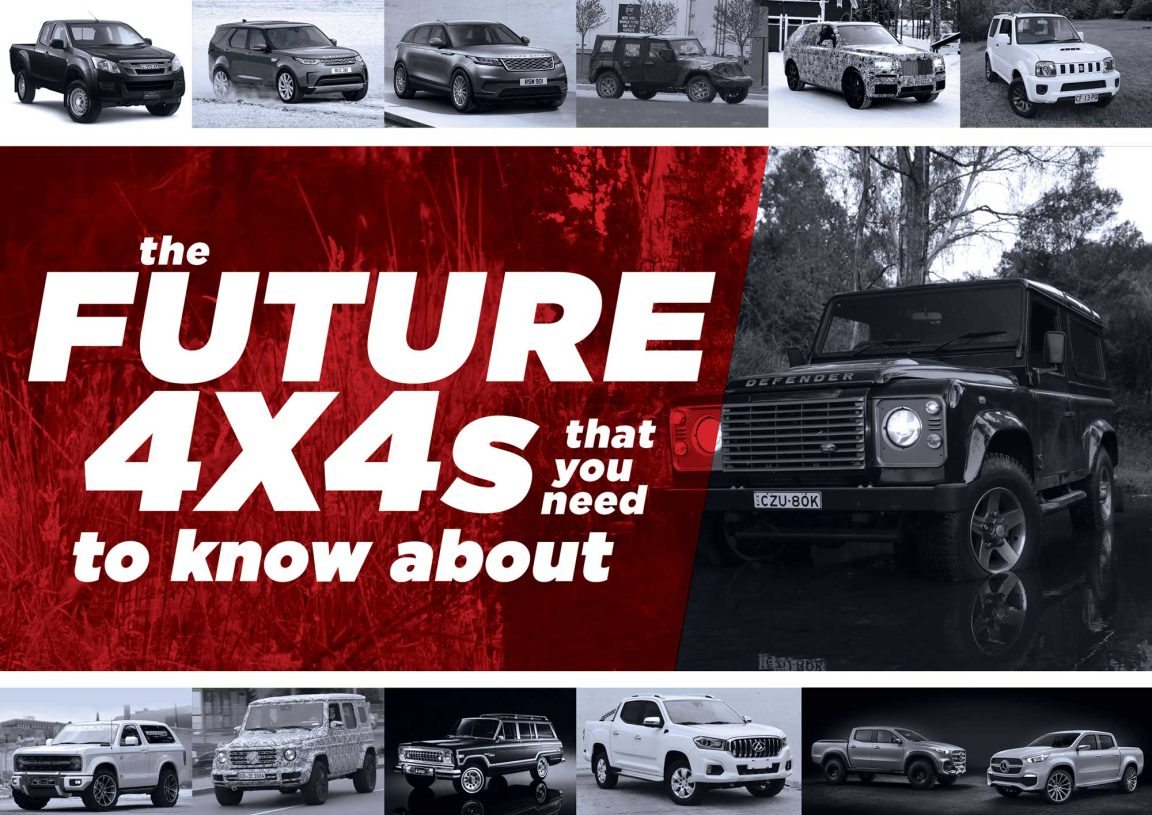 What’s in the pipeline for Australia, and what we’re excited about…

2017
Land Rover Discovery
This is a big one for Land Rover. It is looking to re-assert its dominance in technology and design, which has been eroded over the long 12 years the L319 Disco 3 and 4 have been getting around. The new one has full aluminium architecture – no steel or chassis rails here. It’s much lighter, and will still use independently-sprung airbags (there are coils on the pov-pack). There will be new ‘Ingenium’ petrol and diesel engines, which will be more powerful and more efficient than outgoing motors. And with an overall lighter vehicle, performance will be better (on-road and off-road). On high-spec models, seats can fold with an app; and you’ve got about a thousand USB ports to plug into.
Your cheapest 4X4 model is $86,590, which comes with a rear locker and Terrain Response 2.

LDV
LDV is a newcomer to the budget end of town, and it is hitting the Australian market with a 4X4 ute (T60) and wagon (D90). Details are fairly scant, but you can expect a 2.8-litre, 110kW turbo-diesel with a variable geometry turbocharger. We think it’s a VM Motori unit, but aren’t sure. The T60 will likely come in two spec levels – aiming at the cheaper work and specced-up lifestyle markets. Prices are yet to be announced, but we’ll expect it to slide in somewhere south of the Mitsubishi Triton. The D90 is a wagon version of the ute, but looks to impress with a flash interior that can accommodate seven and a price tag that is set to undercut all rivals.

Range Rover Velar
We’ve seen it, but haven’t driven it (yet). It’s a Range Rover that slots in between the Sport and the small Evoque, into a gap that I previously didn’t know existed. It has a very slick minimalist design, both inside and out; but it does lack a bit of off-road cred that the bigger Rangies have.

2018
Jeep Wrangler
Perhaps the most predominant 4WD launch of the year, the latest iteration of the original 4X4 might be the key to turning around Jeep’s dwindling sales sheet. Like each development, it will no doubt retain that special essence that makes a Wrangler what it is: A focus on off-road ability. And a ute derivative could make it much more competitive in terms of practicality and hauling.

Rolls Royce Cullinan
Looking to take on the Bentley Bentayga and Range Rover SV Autobiography for out-and-out luxury, this will be the British brand’s first foray into an SUV. Wait, not an SUV; an ATMC, or All Terrain Motor Car. We’ll have to wait and see what all-terrain really means in this case, and if this Rolls can really go off-road.

Suzuki Jimny
This legendary little number is coming back in 2018, with the next generation of the small 4X4 lineage in the works. The good news is that Suzuki will be sticking to the same basic formula of a ladder chassis and live axles. Expect a zingy, revvy little petrol motor, and great off-road ability. There won’t be much space – but at least it’ll teach you to pack light.

Mercedes X-Class
With one of the more anticipated utes to enter the segment, Mercedes coming into this arena shows how far the segment has come. This represents the first ‘luxury’ brand to target the ute buyer. It’s going to be based on the NP300 Navara, with a five-link coil-sprung rear end. Mercedes is hinting that the 2.3-litre Nissan diesel will be used; but expect a higher-capacity Benz diesel as well. It might not be a work ute, but it’ll probably be untouchable in terms of fit and finish.

Mercedes G-Class
Further to its foray into the ute segment, Mercedes is re-working its decades-old G-class wagon for 2018. And word on the street is that the age-old live axle design is being ditched for an independent setup, in the front at least. You can expect a traditional look however; and a range of engines from frugal, torquey diesels to huge, barnstorming petrols.

…and beyond
Land Rover Defender
Taking such an iconic vehicle and attempting to modernise and widen its appeal will never be an easy task, and Land Rover no doubt feels the heavy burden of responsibility. Aside from a concept or two, what the new Defender will look like is a mystery. It will need to be practical and capable off-road, but also modern enough to increase potential sales to the mainstream market.

Ford Ranger/Bronco
2019 will see the next step in Ford’s very successful Ranger platform, which looks to be a fairly significant redesign. The five-cylinder 3.2-litre engine might make way for a selection of V6 power, and the platform will also spawn a reborn Bronco. What this will look like, and whether we’ll get it in Australia, is yet to be revealed.

Isuzu D-Max/Mazda BT-50
Ford and Mazda’s long-standing development relationship is all finished, as is Holden and Isuzu’s tryst. Isuzu and Mazda haven’t really left with broken hearts, bouncing back quickly into each other’s arms. This means the 2019 Mazda BT-50 will be based on the new Isuzu ute platform, using Isuzu engines and running gear.

Jeep Wagoneer
Seeing expensive Range Rovers driving around must make Fiat Chrysler Australia boss Sergio Marchionne’s blood boil – because he reckons Jeep should be making big, luxury 4WDs as well. It will be, in the future; with the Wagoneer and Grand Wagoneer names coming back into the fold. These will be bigger than the Grand Cherokee – which can compete more directly with 200 Series LandCruisers at the lower spec, and Range Rovers towards the top. These new models will be landing in 2019 or even later. 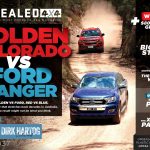 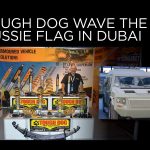