The product planning, design and engineering team at Toyota Australia deserves a massive pat on the back. Somehow, amongst a sea of high-volume, global selling Corollas, RAV4s and hybrids, they managed to get the relatively tiny volume 70 Series LandCruiser back onto the drawing board.

A vehicle with such a strong and evocative history, especially in Australia, the LandCruiser’s future did kind of look grim. Nissan axed the (real) Patrol, and the Defender as we know it is also dead. It had never been confirmed by Toyota, but I kind of assumed that the LandCruiser was always edging closer to the automotive guillotine.

In order to keep it sellable and on the right side of regulations, Toyota had two big fights on its hands: Collision safety and emissions. Over a period of five years, a team in Australia spearheaded a global effort to overcome the problems… which culminated in what you see right here. And that makes me a happy little vegemite.

This mid-life improvement represented a very solid opportunity to fix the abhorrent discord between front and rear track widths. Unfortunately, it’s still about four inches (100mm) out – with a narrower back end.

4.5 litres, one turbo and a top-mount intercooler. The recipe for success for the 70 Series, centred largely around that thumping diesel V8, has stayed the same. Coming into line with technology used in the HiLux
1GD-FTV, the big 1VD now has piezoelectric injectors. These newer-technology units allow more precise, faster and finer injections of fuel – making the donk more efficient and smoother. Toyota reckons there’s around a 10% improvement in fuel usage, but I’d hazard a guess that a heavy highway cruise would be even better.

You might have seen that the 70 Series LandCruiser single-cab recently bagged itself a five-star ANCAP safety rating. This is because the single-cab variant is sporting some extra airbags, and also some subtle tweaks with the panel design. The bonnet is noticeably different: Whilst most will adore this for its more brutish looks, it’s actually all in the name of pedestrian safety. They will apparently bounce a bit better off this new design…

Variants other than the single-cab 70 Series are safer as well; even though they don’t have that special five-star rating. Panels have been redesigned, or made thicker in some instances, right across the board. Three of the chassis cross-members have been redesigned, and the chassis rails are also much beefier. The only negative to all of this in my eyes is the increased weight, but Toyota has increased the GVM of the vehicle to counter this. As a part of this upgrade, you’re getting a safer, more robust and overall smoother 70 Series.

Along with more safety and a five-star ANCAP rating, the single-cab LandCruiser also gets a new specification level: GX. This sits in between Workmate and GXL, giving you some extra niceties over the base model.

It’s quite a sombre change for the 4WD landscape. As far as I know, the venerated and reviled split rim is no more. No tubes, either – the steel wheel is now a 6in wide tubeless affair, with an uncommon 225/95 R16 tyre. If you listen closely, you can hear cockies across the land grumble with lament, and this time it’s not about the rain. If splitties are misused or not handled correctly, they can become quite dangerous, and potentially fatal. It does mean you’ll need some more equipment to pull off a tyre change in the bush; rather than just levers.

One main reason for the 4.5-litre V8 passing current emission laws is the huge diesel particulate filter, which now resides not long after the turbo dump pipe. If your first reaction is ‘that’s bullshit’, remember that if it wasn’t there, the LandCruiser wouldn’t be available for sale. So pipe down.

Other than the wheel track, the thing I hated most about the previous LandCruiser was how useless the fifth-gear ratio was. Especially considering what sort of driving the typical 70 series does – there are lots and lots of highway kays to be mowed down. Yes, if you’re running at GVM, maybe it works then. But for the other 99% of time… I always thought it needed a sixth gear. But, I was wrong. Toyota has increased the top cog by 15%, and it has done the job splendidly. Rather than 100 km/h seeing somewhere near 2,500rpm, it’s now where the engine is much happier, just under two grand.

Second gear has also been tweaked, with a more subtle 7% increase in ratio. This is less noticeable, but I do like the improved flexibility for low-range driving. The beauty of this engine is it’s happy at around 900rpm, even under loads, but you can then increase your speed with revs for needed momentum, without having to change gear.

Complementing the $1,500 option of locking diffs (standard on higher-spec models), the 70 Series LandCruiser has a fairly complete suite of driving aids. Off-road, the traction control does work quite well, braking your spinning wheels without too much delay or fuss. It’s still no replacement for lockers, though. So if you’re buying one and want to go off-road, tick that locker box.

The suspension has been slightly tweaked for the new LandCruiser, more due to the fact that the car is now slightly heavier. But it’s still the same recipe of big leaf packs in the rear, and fairly firm radius arms and coils in the front. Typically, the LandCruiser stills drives much more ‘truck-like’ than other IFS utes on the market. But, this unit isn’t really made to compete in that market.

Likewise, many will scoff at the short list of inclusions, and the fact that after dumping out up to $68,990 for a double-cab GXL, you’ll have to tick a $2,700 box to have air-conditioning fitted. Yes, it’s not cheap, and you can buy a top-grade ute from any manufacturer for the same money, and have money to spare. And to most people, that’s the best decision you could make. Any other mainstream ute is faster, smoother, safer and more quiet and comfortable than one of these utes.

But the caveat there is if you want to buy a working vehicle that you want to use, abuse and rely on for serious work day in, day out, you’ll pay the money for the 70 Series. Because under that roughness and lack of features is an uncompromising setup of strength and longevity, even all the way to the 6,900kg GCM, across any terrain. Once upon a time, the Y61 Patrol and Defender utes were singing from the same hymn book, but they have passed on. Now the 70 Series has no peers.

Toyota has no doubt sunk a dollar or two in the process of developing and testing these updates, so it is looking to regain those costs with a levy of sorts across the range. Most are $3,000 more expensive, where the single-cab ute costs $5,500 more. 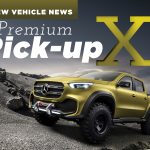 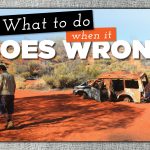