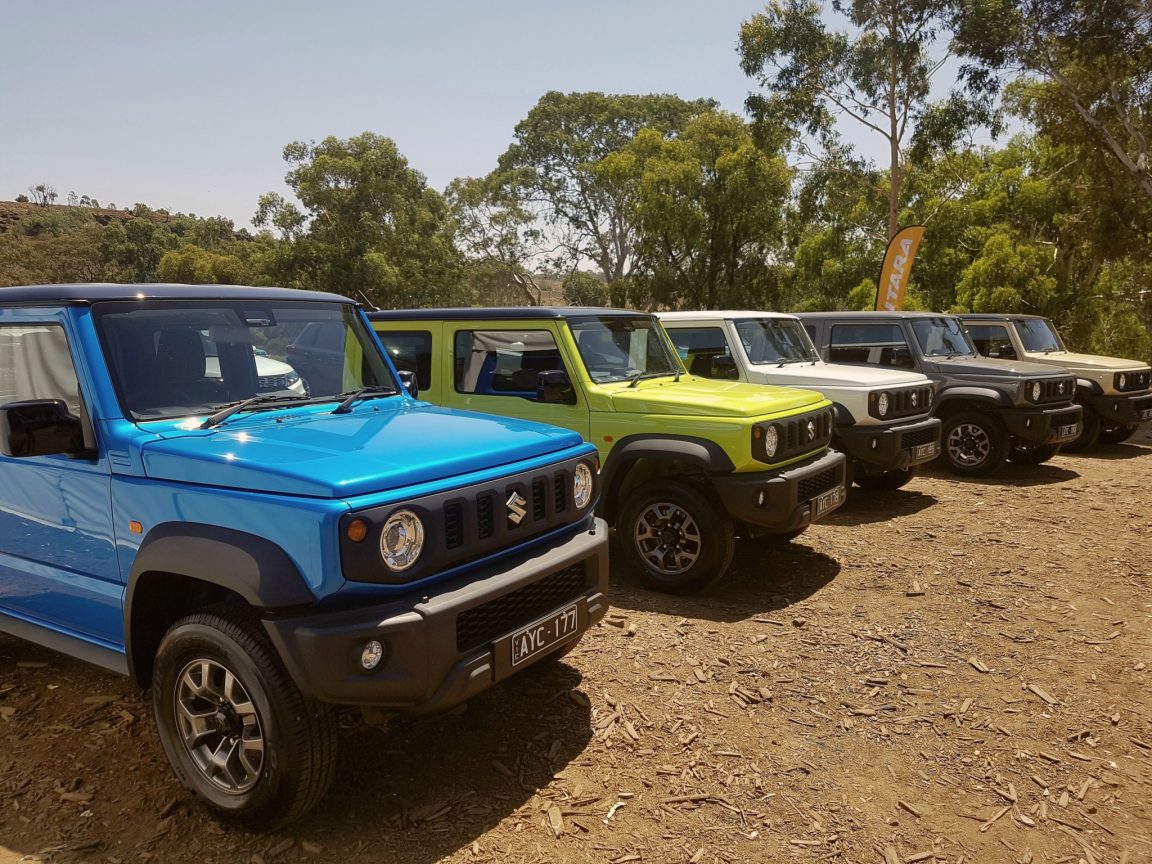 Suzuki fans, rejoice! The 2019 Suzuki Jimny has just been launched; it’s safe to say if you’re a fan of these pocket-sized legends, you will not be disappointed with the new Suzuki Jimny. Australian pricing has been announced, and it’s cheaper than anticipated, with the manual transmission equipped 2019 Jimny coming in well under $25,000. The first thing we are excited to report on, is the new Suzuki Jimny has gone back to mechanical transfer case selection. Yep, no more vacuum lines and dials to turn for 4WD activation, there is a stick connected directly to the transfer case. To say we are happy about that is an understatement.

Another point worth mentioning is roof rain gutters, which allow you to mount a roof rack directly to the gutters. Roof capacity is unknown at the present time, but we are expecting it to be better than the mere 30kg offered on the previous generation Jimny.

One other neat touch is the fact the front seats can fold completely flat so you can actually sleep in the vehicle. The back seats now fold flat for more storage space; this was a real bugbear with owners of the previous generation Jimny. 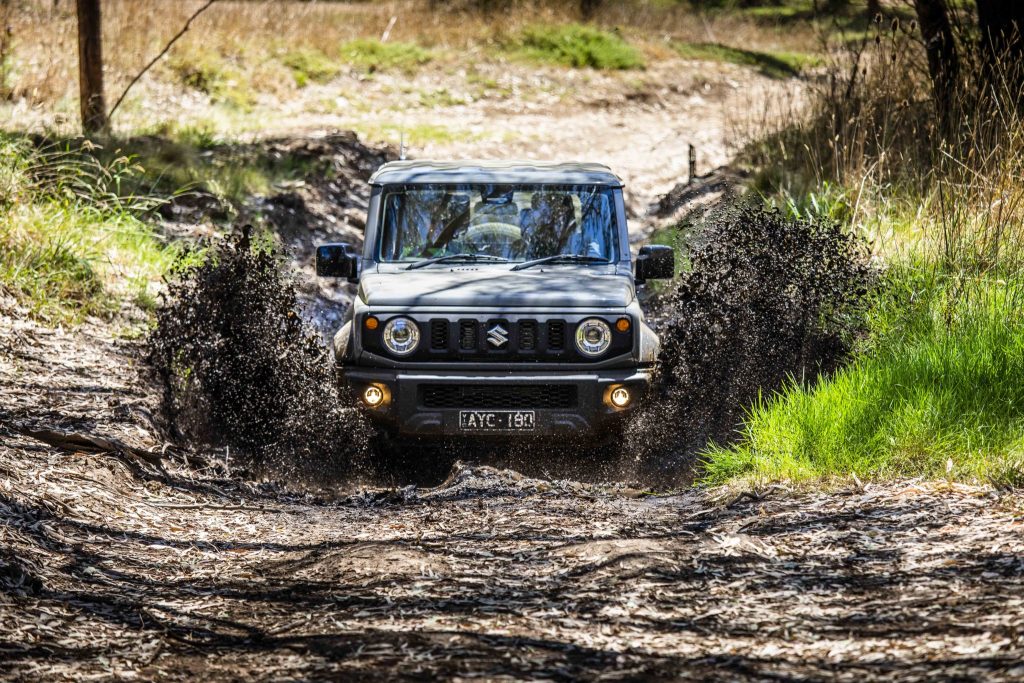 Sadly, our test day did not include an on-road component, so we are unable to form a solid opinion here. However, I can say the engine feels stronger, it has more torque down low and the cabin is much quieter than the previous generation. There is still that familiar gear whine from the transmission and transfer case, but it’s certainly not intrusive. Steering is nice and light, and the ride feels softer again compared to the previous generations of the Jimny. Stay tuned for a full in-depth review coming soon. With live axles front-and-rear, suspended via coil springs mounted to a ladder-frame chassis, the new Jimny is still properly capable off-road. Approach and departure angles are impressive, at 37° and 49° respectively. ALLGRIP PRO selectable four-wheel drive is fitted as standard equipment, which is essentially marketing speak for traction control. Actually, Suzuki goes one step further to call it Suzuki’s 4WD system designed for high off-road ability. This system incorporates (again what Suzuki call) Brake LSD Traction Control, which automatically brakes slipping wheels to redistribute torque to the side with traction. The previous generation Jimny had traction control, but it was pretty rubbish on anything more than a slippery climb. The 2019 Suzuki Jimny is vastly improved in this department. Sure, it’s not Toyota or Land Rover good, but it’s still bloody good. Downhill assist is a new addition, that will slow the vehicle down to 5km/h when in low-range 4X4 and 10km/h in high-range. 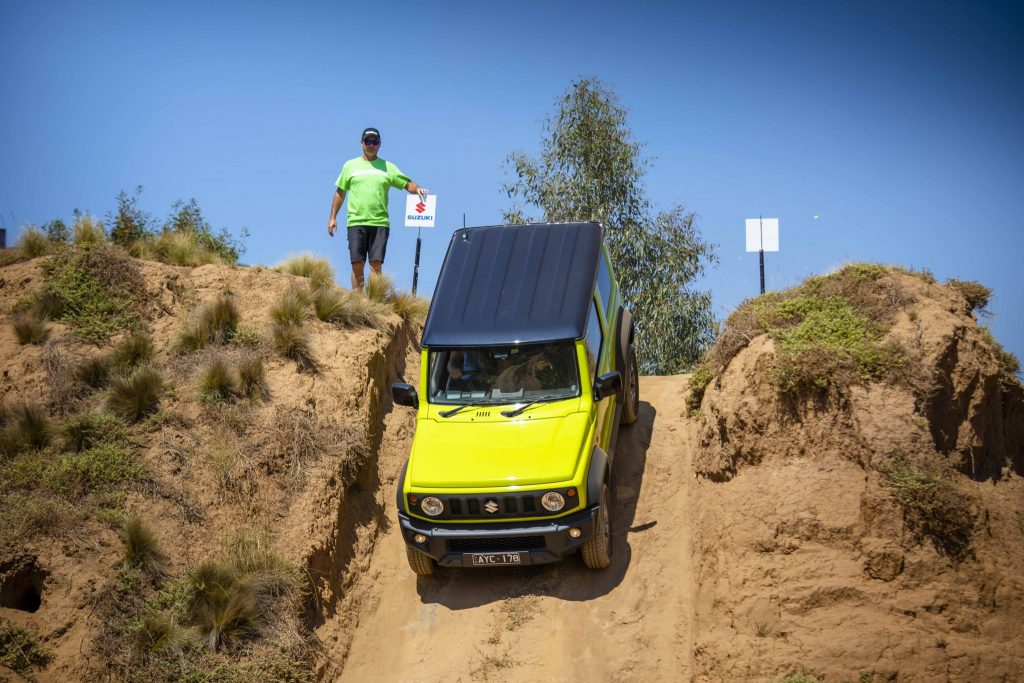 You can have any engine you like, as long as it’s the 1.5-litre petrol. It’s 15% lighter than it’s predecessor, has more torque lower in the rev range and despite being bigger in cubic capacity, is smaller dimensions wise. There are two gearboxes in the line-up, a four-speed auto and a five-speed manual. Suzuki tells us that the auto has been redesigned to offer less friction while delivering better fuel economy. The shift pattern has been changed from a wiggly gate to straight gate too, much better when trying to rock forward and backwards in a bog hole for example. 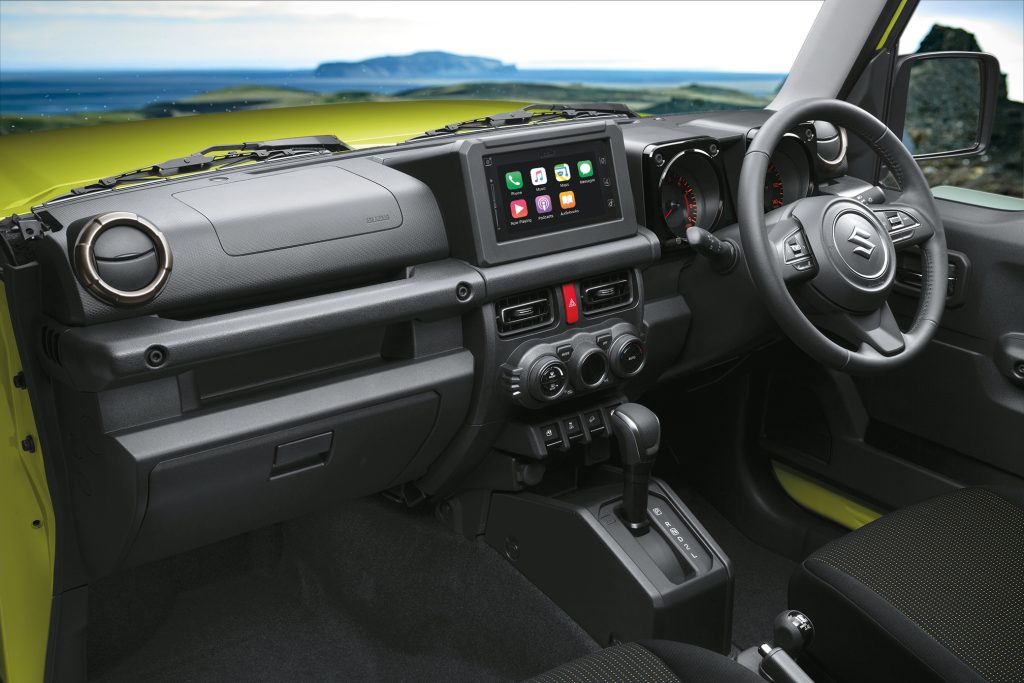 CAN IT CARRY ANYTHING?

Kerb Weight for the vehicle is 1075kg for the manual transmission, and 1090kg for the auto. Gross Vehicle Weight is 1435kg, meaning you only lug 360kg with the five-speed manual and 345kg with the four-speed auto. It’s not a deal-breaker, but something to be aware of if you are eyeing off every accessory under the sun. 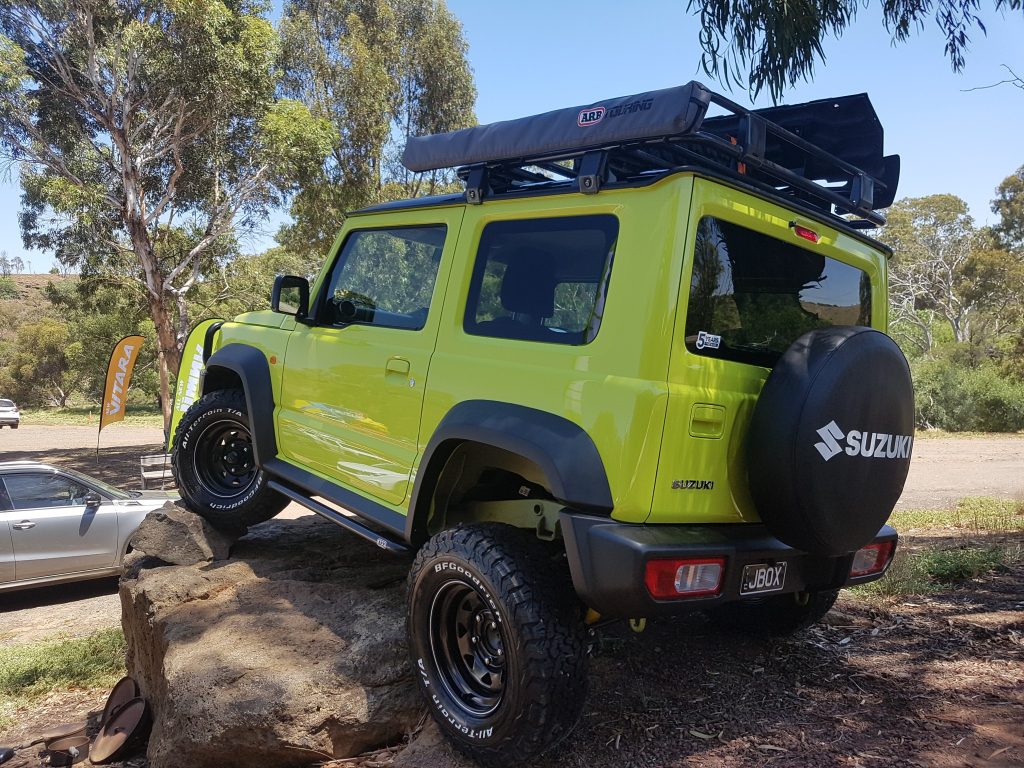 THE ELEPHANT IN THE ROOM – PRICING

We were tipping the 2019 Jimny would cost between $28,000 to $30,000 … safe to say, my mouth dropped when the GM of Suzuki, Michael Pachota, announced that models with a manual transmission cost $23,990 with the four-speed auto costing $25,990. A flash paint job will set you back $500, and that’s pretty much where the buck stops. Five-year capped price servicing is included, as well as three-year roadside assist. 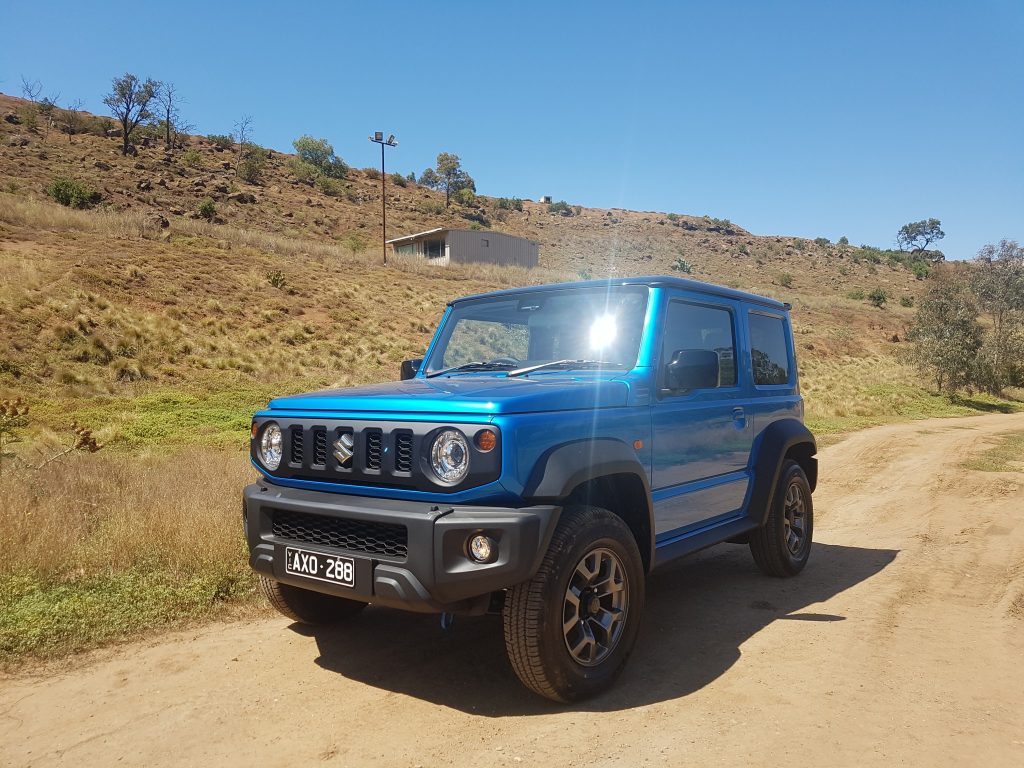 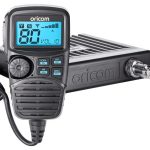 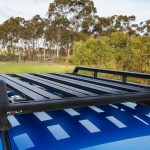