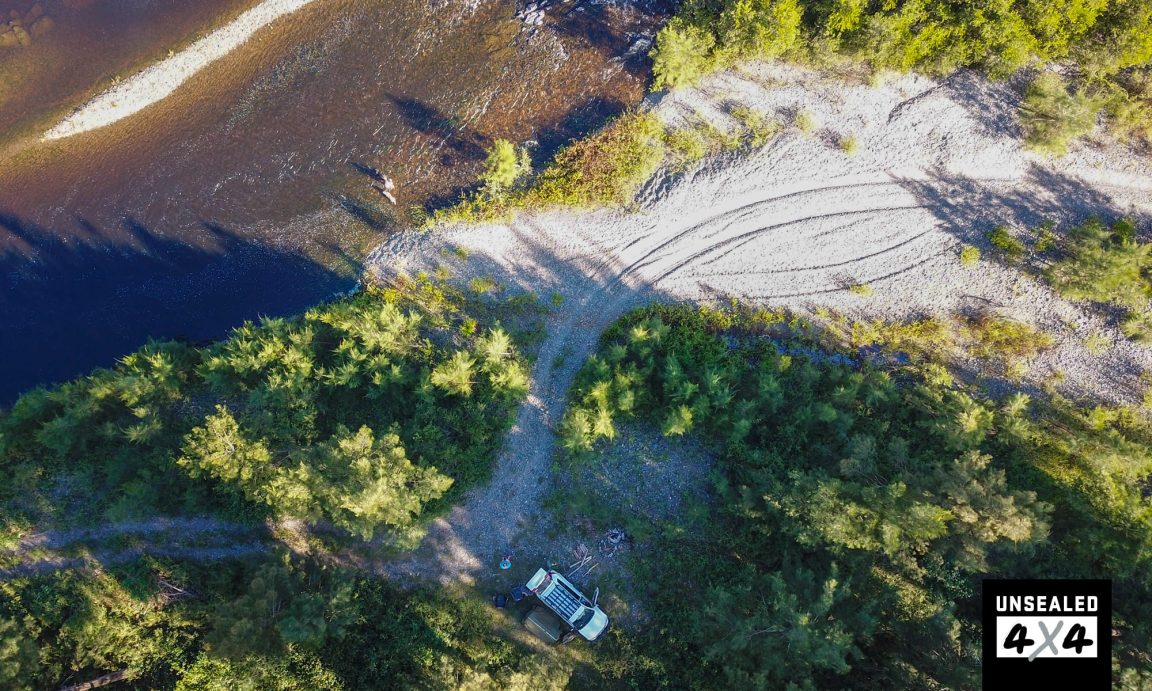 Could this area better Coffs Harbour when it comes to 4WD touring?

Words and Images by Todd Hore

The New England region of NSW lies west of the famous four-wheel drive mecca of Coffs Harbour and doesn’t get anywhere near the press of its coastal neighbour. For me though, it’s always been an area begging to be explored. So come along as we take a tour through some of the best of what the New England region has to offer. We’re high from the start, lookout!

Our journey begins just outside Armidale, the highest city in Australia, as we head along Waterfall Way to Styx River State Forest. The Styx River is a true alpine river that winds through the forest at over 1000m above sea level and includes some spectacular camping along its banks. This is definitely one to bring the fishing rod because this river contains trout. In fact, on the eastern side of the forest is Dutton Trout Hatchery, where these sports fish are bred before being released into the wild.

Also on the east end of Styx River State Forest is Point Lookout. The lookout itself provides stunning vistas over the mountains to the east from over 1500m above sea level. For those feeling adventurous, there are several walks through lichen-covered trees and paths around the lookout just begging to be explored. 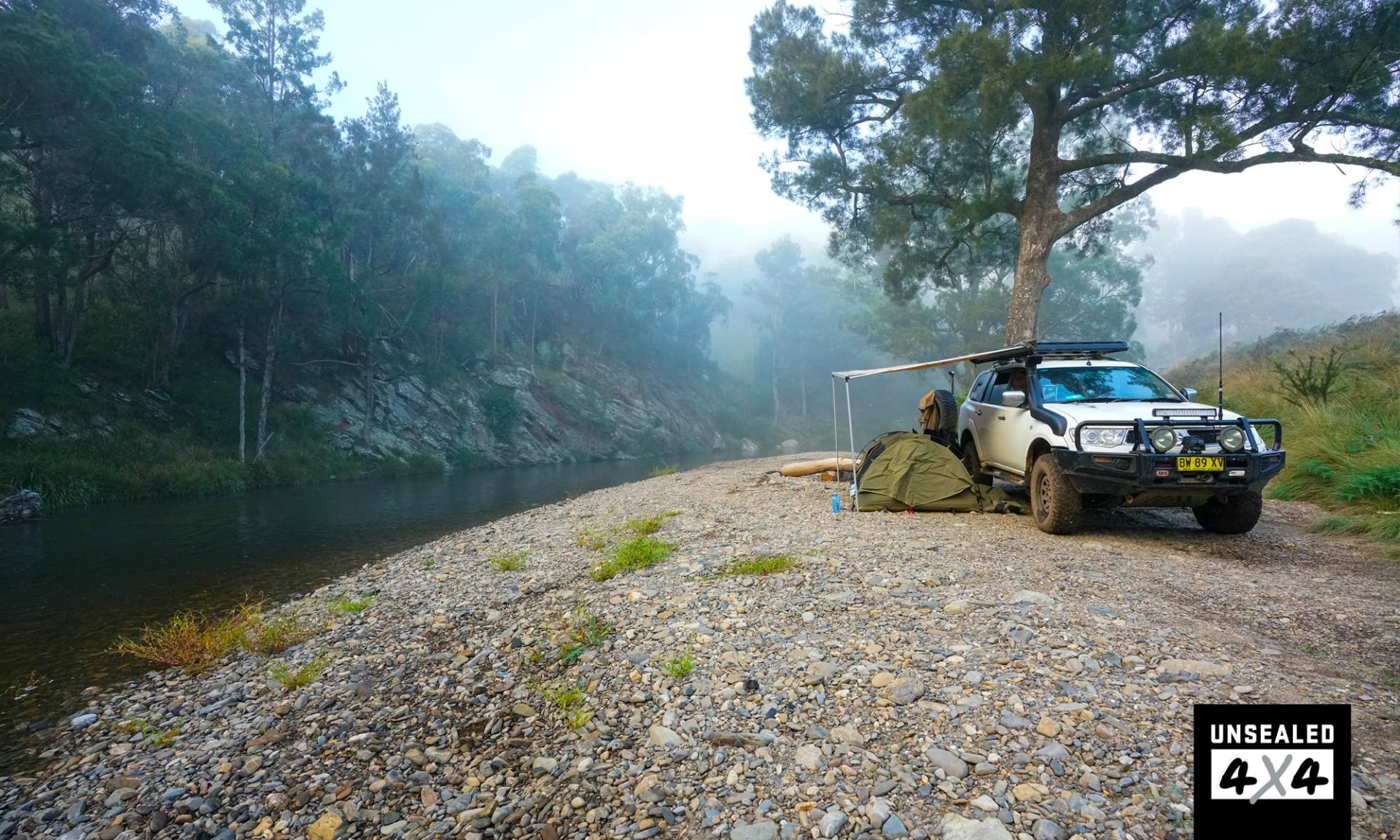 THE TOURIST TRAIL
After watching the fog rise from Point Lookout, we headed east along Waterfall Way. While travelling along this route, you would be amiss to not visit some of the waterfalls after which the road was named. Probably the most accessible is Ebor Falls, which is only a short drive off the road and a short walk from the carpark. While not giving off that wilderness vibe that others might, the falls can been seen from a viewing platform as they cascade over multiple tiers and are truly magnificent after rain.

LET’S GET DIRTY
After seeing a few tourist hotspots, it was time to hit the dirt and find the road less travelled. Just out of Dundurrabin lies the start of Chaelundi Road, which heads through state forest, nature reserve and national park. Along the way there’s creek crossings and one of the best lunch spots I’ve ever stumbled across. Vista Point has uninterrupted views over to the north-east and your own personal picnic table. It looks like they even mow the grass here. Just perfect on a sunny day. 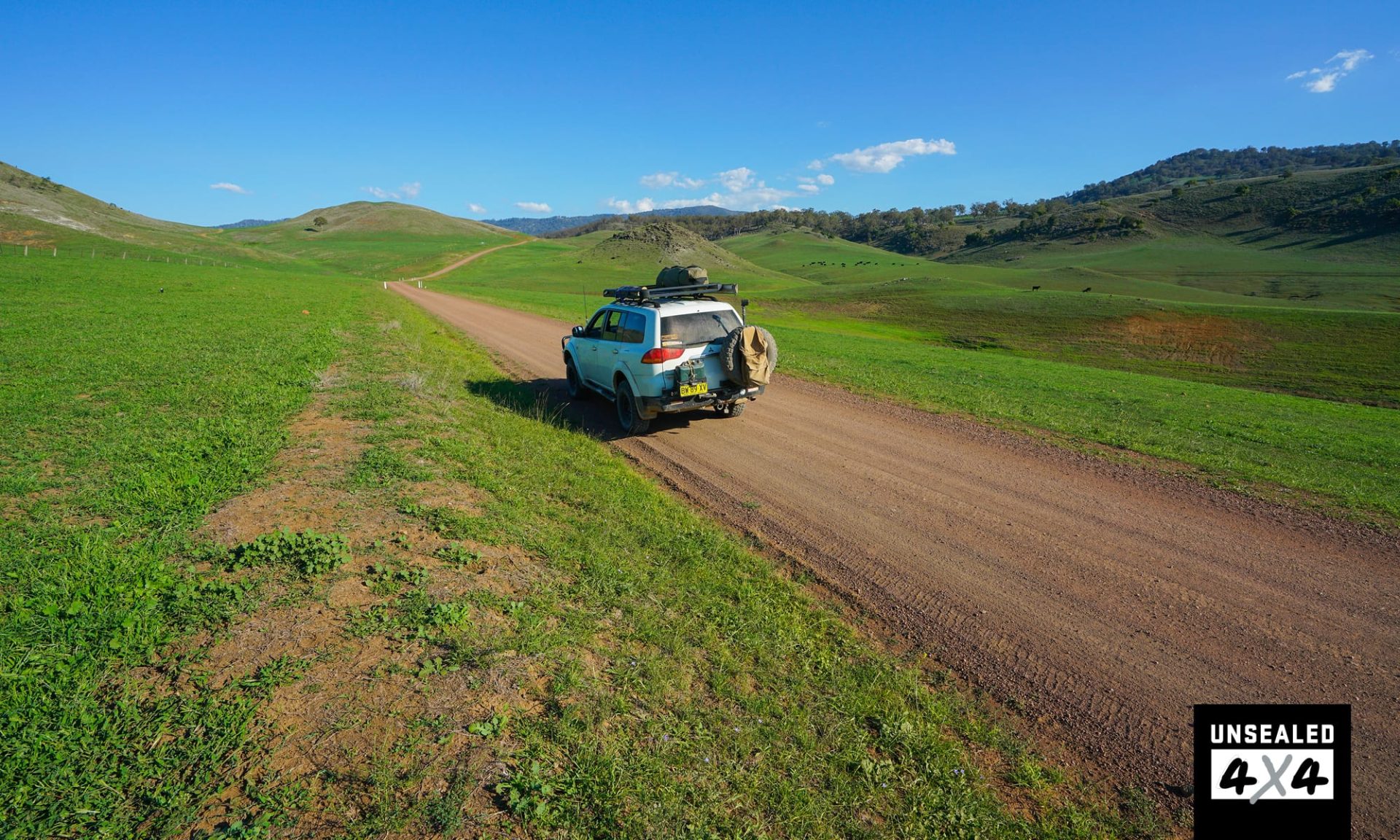 STEP BACK TO A TIME OF BULLOCKS, GOLD AND TUNNELS
The aim of following Chaelundi Road was to make our way down to the historical town of Dalmorton. Upon first driving in to Dalmorton it may seem like an abandoned little hamlet, but dig a little deeper and the history starts to reveal itself. The town was developed as a stop along the Old Glen Innes Road and by the late 1800s had become a busy thoroughfare. Old bullocks rattled down the road and the town itself grew. Then the gold rush hit and the town exploded.

A walk around Dalmorton will reveal the remains of the old police lockup, butchers shop and some old houses. At one point this place was home to 5000 people and included 13 pubs. There’s a national park campground in Dalmorton but if you travel a little away from town there’s also plenty of bush camping along the Mann River.

While looking for a camp along the river, keep your eyes open for small pieces of history. Not far east of the town lies a small cemetery that includes the graves of some of those who settled this area way back when. The cemetery is a blink-and-you’ll-miss size and is set up in what looks to be natural bushland, so keep your eyes open. Travelling west of Dalmorton, you will come across a tunnel that was dug straight through rock.

What’s remarkable about this tunnel is that it was hand excavated by poorly paid labourers. They dug it just large enough to fit a Cobb & Co coach and as a result, it’s a little more snug for your average four-wheel drive than most other tunnels you might have driven through. OUTLAWS, LOOKOUTS AND SECRET GOLD
Continuing west, following the river, we entered the Mann River Nature Reserve and took the turnoff towards Tommy’s Rock. The climb up to the rock is a steep low range drive and the lookout requires a short walk to reach the top. The views from the top are completely worth it, as you can see down into the valley where the river runs and follow a large section of the drive just completed. The story goes that the lookout is named after the outlaw Tommy McPherson, an Aboriginal man born in 1840. Tommy was a little unusual for that time, in that he could read and write. Tommy was a noted horseman and athlete and made himself a wanted man after killing another Aboriginal man in 1877. He was on the run for about two years in the bush before the police caught up to him. Tommy was shot dead in 1879. While you’re at the lookout, keep an eye out for Tommy’s secret gold mine which is apparently located nearby.

YOU MINE WHAT HERE?
Passing briefly through Glen Innes, we headed out the other side towards the tiny town of Emmaville. Emmaville is a mining town but with a twist. There’s no hunting for gold or coal here; instead they mine lead and tin. Our target destination was the old Ottery Mine on the north side of town. Here you can take a walk through the old mine that first opened in 1882 and check out the ruins and old equipment where up to 28 men worked. In 1920, the mine was converted into an arsenic mine to supply pesticides to the now booming cattle industry in the region. Keep an eye out for the arsenic leaching up into the brickwork at the mine. 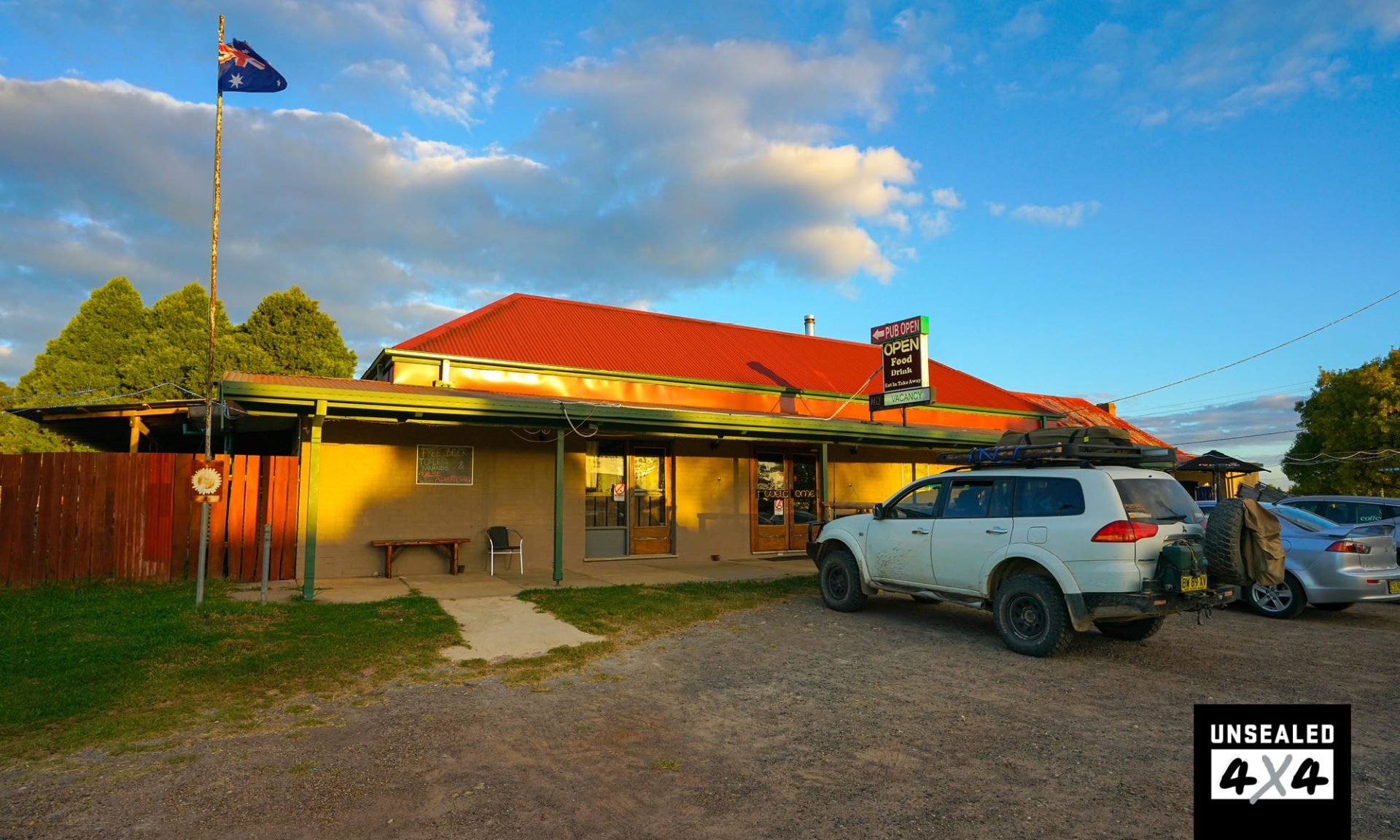 OUR OLD FRIEND CAPTION THUNDERBOLT
Old Tommy McPherson wasn’t the only outlaw that roamed these parts. A little north of the Ottery Mine is another tiny town called Torrington. Before this town existed and tin was discovered, Captain Thunderbolt roamed this area all the way down to Barrington Tops. Captain Thunderbolt was famous for escaping Cockatoo Island and also for having several caves and lookouts that he frequented. One such lookout is just north of Torrington and involves a walk that winds through giant boulders, through a cave and ends with a climb up a ladder to the highest point for miles around – the 360 degree views are just reward for the effort.

If you’re still in the mood for a walk, a little further up the road is a feature that has to be seen to be believed. Old Mystery Face is an amazing rock feature and the mystery part comes from the fact that no one knows whether the formation is natural or carved by man. Come have a look for yourself and see what you think. Like watching your favourite pub burn down … then be resurrected from the ashes

A few nights in the bush and a night at a country pub starts to sound very appealing. Lucky for us a great pub lies just down the road. The Deepwater Inn is located on the New England Highway but could not feel more like a country pub in a country town. There’s free camping out the back paddock and there’s miniature horses hanging out in the beer garden. We were lucky that one of the horses had recently foaled and we got to see a three-week old foal. One of the best things about this pub is the story behind it.

The pub was an original Cobb & Co coach stop and burned down in 2011. The building was gutted and the pub closed down. That is until the current owners Andrew and Lynn bought the property and started to repair and rebuild. At one point they were serving drinks out of the horse stable out the back and have brought the pub back to its former glory. At the time of our visit, Andrew was starting a whiskey bar and although the selection was small, he assured us it would grow. Check it out and let us know.

THAT’S ALL FOR NOW…
A night at the pub is a great way to finish a great trip exploring this area. We’re headed off to the farm now but I would encourage anyone who likes stunning riverside camping, pioneering history and maybe a country pub to check this area out. You will not be disappointed. 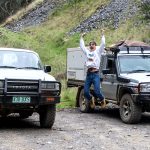 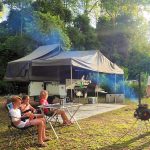