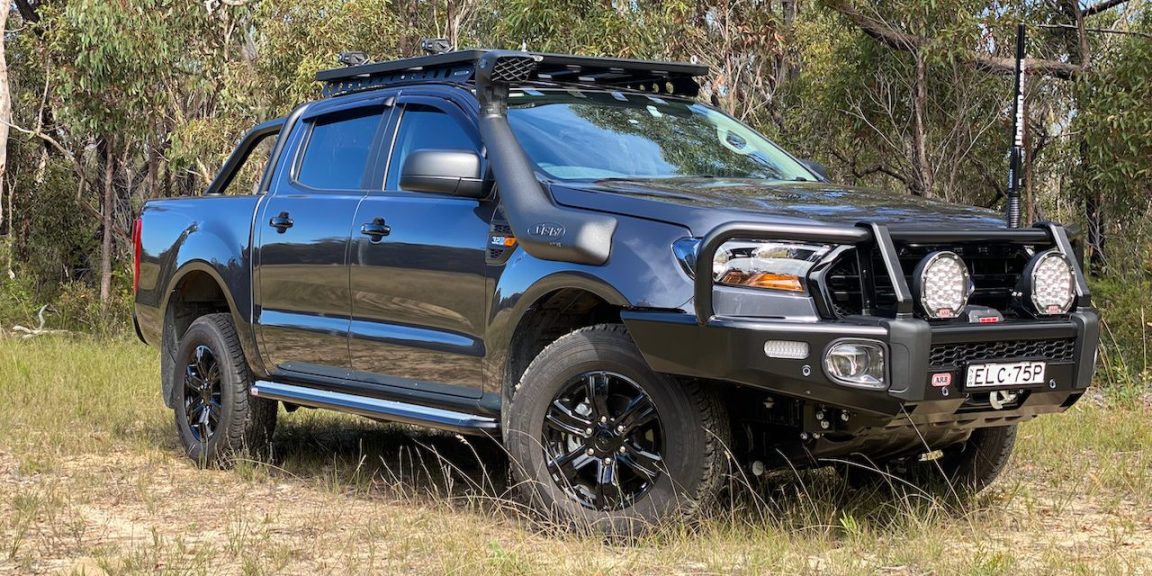 Good comms are critical in many situations when driving on the road and off it, and this Uniden setup – a Uniden UH9060 UHF radio and Uniden ATX970S antenna – is a top-notch combination.

As soon as I had an ARB Summit bull bar fitted to my new Ford Ranger I had somewhere to mount an antenna, so I recently installed a Uniden setup consisting a UH9060 radio mated with a Uniden ATX970S antenna.

A quality UHF setup is one of the most useful pieces of electrical gear any four-wheel driver can equip their rig with and there’s no doubt the Uniden UH9060/ATX970S combo is up there with the best of them, both in terms of features and performance.

If you’re like me, you’re probably don’t like the idea of drilling holes into the dash of a brand-new vehicle to fit any kind of accessories, which is one of the reasons I really like the Uniden UH9060 radio. It’s a small radio with a built-in speaker that can be mounted out of sight, as all the controls for UHF operation (and another speaker) are in the handset.

On the Ranger, I found a great space up under the driver’s side footwell to mount the radio unit using the supplied mounting hardware, and (after disconnecting the battery) I spliced into the cigarette lighter wiring. I had to pull out the lower part of the dash to access this wiring but one YouTube video later and I had it all figured out… and oddly (for me), I remembered to feed some heat shrink onto the wiring before I connected and soldered the wires. Yep, it’s true, you can learn from your mistakes.

With the dash bits removed I also fed the included extension cable through to the centre console so I could plug in the Remote LCD Speaker Microphone.

In another fortuitous coincidence, where I mounted the radio was right below a rubber plug in the firewall, through which I fed the antenna cable. I ran conduit all the way along this cable, which I secured to the firewall, cable tied along the passenger-side of the engine bay and then fed through the grille to the base of the ATX970S antenna.

Voila! I reconnected the battery and turned on the radio at the remote mic. It lit up in a lovely light blue colour, I hit the scan button and I soon heard the crystal clear voices of a couple of blokes discussing where to drop a load of gravel. I asked for a radio check and was promptly told to get off channel. Aagh… you gotta love CB radio in the city.

I’ve since used my new Uniden setup out of town and am so far impressed by the range and voice clarity, while those on the other end of my transmissions have also reported good results. Oh, and the UH9060 is plenty loud enough, with the footwell acting like a sort of ampitheatre for the speaker in the main unit.

Uniden says the ATX970S is an all-round use, flat terrain, town and country antenna. It’s ground independent with 3.0 dBi gain, and is supplied with a 4.5m low loss coax cable. Uniden adds that the heavy duty stainless steel spring makes this antenna suited to “the toughest conditions and off road environments”. A couple of things I really like about this antenna so far include it’s low mounted height of 702mm (good for underground carparks and garages) and the supplied terminated FME female connector and PL259 adaptor, which make it easy to feed through the rubber plug in the firewall. 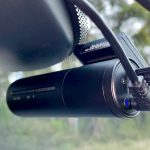 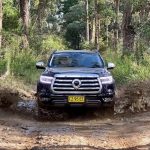