The two top dogs in Australian 4X4 sales, Toyota’s HiLux and Ford’s Ranger, are racing towards the end of the year in a tough competition for overall highest sales. For 4WDs, these are by far the two most popular units – with 2,905 4X4 HiLux and 2,820 4X4 Ranger units being delivered to Australians in the month of November.

When you include 2WD versions, the HiLux is poised to become Australia’s best-selling vehicle for 2016 with 38,018 units tallied up so far. The Ranger sits at fourth position (behind the Corolla and i30) with 33,587. But looking strictly at 4WDs, the Ranger is holding a small lead over the HiLux, with 28,009 sales racked up compared to 27,851 for the HiLux. Between the two of them, they account for more than 40% of 4WD ute sales.

Looking beyond utes, Toyota has shifted 10,795 LandCruiser wagons this year, easily eclipsing Patrol wagons (1,760) and Land Rover’s Discovery (2,376).  Jeep’s Grand Cherokee sales have dropped a staggering 48.2% to 5,922, with the brand undoubtedly being hurt by lots of recall and warranty issues.

Isuzu’s MU-X continues to be a strong seller.

In the ute-based wagon stakes, the Isuzu MU-X has held a very solid 6,290 sales so far for 2016, beating the newcomer Pajero Sport (5,406) and Toyota Fortuner (3,714) which does have Australian supply limitations. Ford’s Everest has only managed to carve out 3,260 sales this year, whilst Toyota’s LandCruiser Prado continues its popularity with 13,533 sold so far.

Who hasn’t been selling well? Infiniti’s Y62-based QX80 has only found 51 new homes this year; 96 Mercedes G-Glass wagons have been shifted; and Bentley’s ultra-luxury Bentayga has been picked up 46 times. 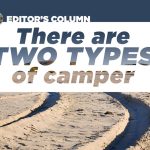 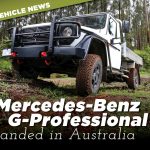