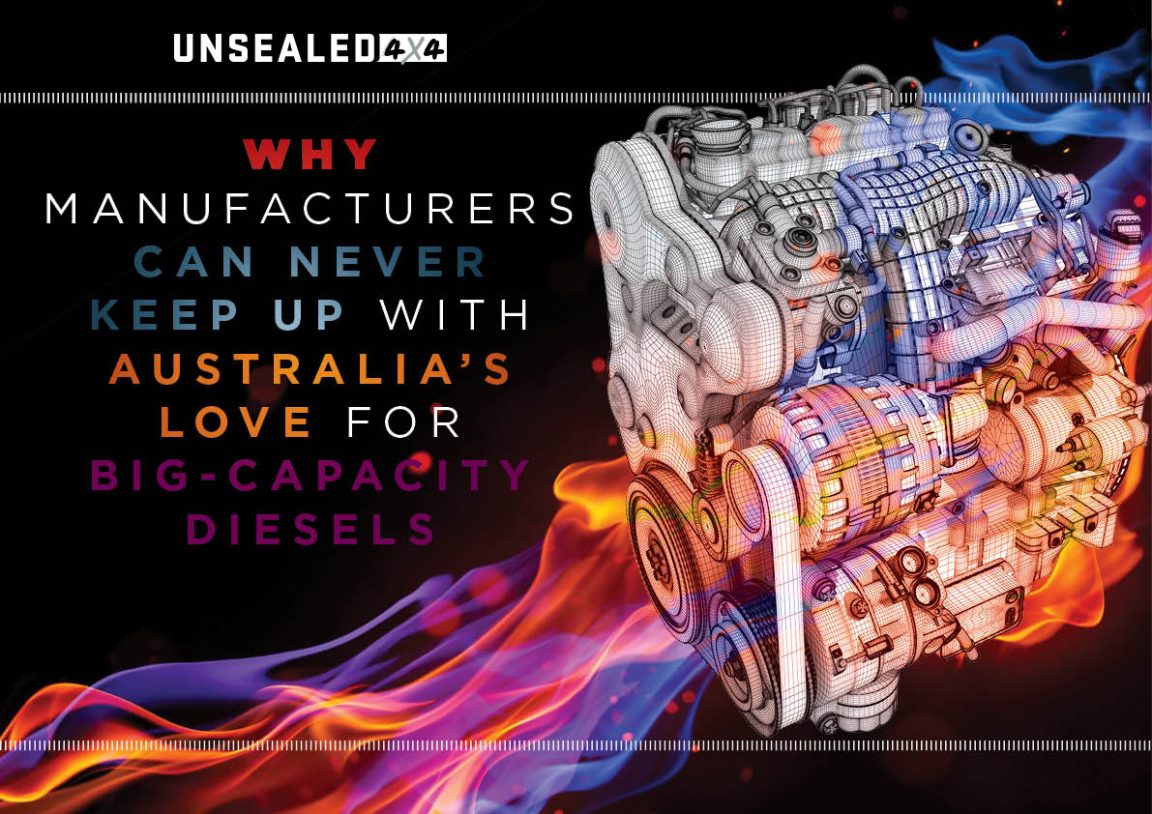 And why 4WDers will probably always be left wanting…

Quite often, Australian 4WDers and vehicle manufacturers don’t really see eye-to-eye. Sometimes what we want and what we get are pretty good; and other times, they’re not. It’s a tough job, one that I’m not envious of: Making a 4WD that appeals to the faithful, but also passes all of the necessary laws, as well as making sense to the rest of the buying public.

Emissions are important, whether you like it or not. And just because you can’t see a problem, it doesn’t mean there isn’t one. There’s not much point going 4WD touring if you have to stay in the car because of acid rain. Those who modify their vehicles with emissions equipment deletes and big, sooty tunes need to understand that they aren’t helping things (rather than play ignorant).

Bigger engines are worse for the environment,  no doubt. But at the same time, fitting a 1.0-litre diesel with a 10,000rpm peak torque curve to a heavy 4WD that’s probably going to be loaded with gear, accessories and towing weight probably ain’t such a good idea. Australians love their big-capacity diesels, and there’s a pretty good reason for it.

Manufacturers are building 4WDs with smaller engines, but equal or larger power and torque outputs. Why? Ever-tightening emission laws and efficiency expectations. How do they do it? Technology, and revs. Imagine the engine as a giant air pump; how much grunt it can deliver depends on how much air it can pump out in each spin.

In other words, a 4.0-litre engine at 1,500rpm and a 2.0-litre engine at 3,000rpm are going to have a pretty similar output – all things being equal. Combine that with technology like multiple and variable-geometry turbos and complex, high-pressure fuel injection, and you can have an engine that combines efficiency and power incredibly well. But that doesn’t necessarily mean it’s going to sell well. Australians want capacity, but can’t always get it.

Let’s have a look at a few case studies:

Toyota gave the gift of life to the single-turbo 4.5-litre V8 last year, via a diesel particulate filter and new injectors; and LandCruiser freaks around Australia breathed a sigh of relief. Using technology that’s already used on the more advanced twin-turbo 200 Series engine surely made it easier than a blank slate, but kudos to Toyota for doing it nonetheless. Net result? The LandCruiser 70 Series still sells seriously well, considering it’s bloody expensive and very low on specifications. I mean, air-con is a $2,700 option in this day and age – but people are still lining up to buy them, and they have a seriously strong enthusiast base. Why? It’s 90% to do with what’s under the bonnet.

Another manufacturer that understands the Australian thirst for cubes is Isuzu. It had a perfectly good 110kW, 350Nm 1.9-litre diesel sitting and waiting on the bench for the 2017 D-Max, but chose instead to spend time and money on getting the existing 3.0-litre clean enough to pass emissions tests. That meant more than just a DPF: Injectors, the fuel pump and pistons were redesigned; and there’s a new turbo as well. In other words, Isuzu went to considerable expense in making it happen.

On the other side of the coin, Volkswagen’s Amarok is one of the best utes on the market for a lot of reasons. It’s comfortable, efficient and performs well off-road and loaded – provided you leave your prejudices at the door. But the simple fact is Australians find it hard to look past a 2.0-litre powerplant that came from a hatchback. And for that reason, a great ute doesn’t sell that well. Yes, it drives and tows really nicely, but the manual-geared 2.0-litre stalls more than a hung parliament.

This is no doubt part of the reason why Volkswagen shoehorned in the 3.0-litre V6 diesel… which aside from making the segment-leading 165kW and 550Nm, is just a bigger diesel engine. Plain and simple. Australians love that.

Let’s wind the clock back a bit further in the 4WD segment. Nissan’s 3.0-litre turbo-diesel ZD30 debacle back in 2005 hurt the company, a lot. Engines were hand-grenading around the country, and one of Australia’s most illustrious diesel 4WD manufacturers shat the bed. Plain and simple.

In a nutshell, the early direct-injected (not common-rail) ZD30 engines were cracking pistons from over-fuelling, over-boosting and under-boosting; and too much heat developing in the engine for it to handle. Lots of engines were not making it to 100,000km.

It’s worth noting here that the ZD30 engine, other than being down on power and torque compared to other engines, can prove to be a reliable and trustworthy powerplant. Although its reputation will never recover, those catastrophic problems have since been ironed out – and any problematic engines have long since ceased mixing coolant, oil and fuel. In other words, the ZD30 is a good engine.

But that’s all beside the point. As Nissan replaced a legendary 4.2-litre diesel with an initially dodgy 3.0-litre unit, Toyota stuck with and developed its own 4.2-litre 1HD engine… before doing two things that make 4WDers weak at the knees: It upped the capacity, and made it a V8. It was a simple-simon masterstroke, and guess who won on the showroom floor?

The 1VD-FTV V8 didn’t have a clean entry to the market, with plenty of documented problems. But that hasn’t hurt it in the long run. Would the Patrol do better with a 4+-litre diesel engine? Yes. Was it possible for Nissan to do? Yes.

But, it seems Nissan may not have learned the lesson I thought they might have. Getting rid of the 550Nm V6 diesel that made the D40 Navara ‘Australia’s most powerful tradie’, they replaced it with the 2.3-litre twin-turbo unit. Sure, it has power, torque and efficiency (130kW and 450Nm) but it’s just not the same in the eyes of the Australian buyer. It’s not about how much torque an engine makes, but how it makes it. Now, it’s not competing as a best-seller; it’s sitting somewhere in the middle of the field. Nissan told media the V6 got canned because of emissions. But why can other manufacturers pull off 3.0-litre and 4.5-litre diesels at the same time?

Personally, I drive a Land Rover Defender with a 2.5-litre diesel. My biggest gripe is the torque (lack thereof), and how many revs you need to access what is available. Thank heavens the thing is geared fairly low, and I can use low range on the bitumen. Sorry in advance, clutch. 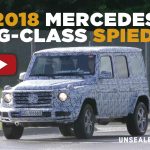 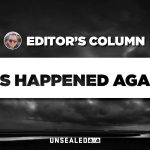