The new Navara is now officially out. The big question on everyone’s lips is whether it’s up to the challenge of replacing not only one, but two highly-regarded Nissan dual-cabs. To see if we could answer this, Sam Purcell, Evan Spence and Dex Fulton snuck out of the office last Wednesday arvo to put the NP300 through its paces. Two of them came back with the attitude that they’d buy one, the other one – not so much…

DEX’S TAKE ON THE NEW NAVARA

Finally! We have a five-seater ute on the scene that has done away with the last-century-tech rear leaves and replaced them with a decent five-link and coils set-up (unless you count the SsanYong Actyon Sports – which, at the risk of insulting all three Actyon owners in this country, I don’t… at all). This is surely going to change the way things are done in the realm of dual-cabs in the Aussie market, right?

Well, yes and no.

It’s been a decade since the D40 first graced our local Nissan dealerships, which is a good innings by anyone’s account. The NP300 has the big task of not only replacing the popular D40, but also the venerable D22 – a big ask given the previous two models’ popularity, but with a massive 27 model variants, one petrol, two diesel and two transmissions on offer, as well as 40,000 individual tests and over one million kays covered during the development stages Nissan is certainly covering a lot of bases with their new model utes.

The NP300 does represent another step on the road to making 4X4s as car-like as possible, and to be honest; it’s not as bad a thing as I initially thought.

Interior comfort is simply ridiculous when compared to the dual-cabs of yesteryear that would leave your kidneys feeling like you’d just gone a few rounds with Danny Green. The driveability is also up there, with plenty of grunt from the twin-turbo diesel (in the ST and STX models) and seven-speed auto combination; but it’s not without its flaws.

In stock trim, the rear coils offer a nice comfy ride, but not much else. Admittedly the model we drove was unladen and things may get better with a bit of weight over the back end, but it struggled to get the power to the ground, spinning wheels on inclines where other 4X4s along for the trip simply idled up. Some good aftermarket suspension would undoubtedly fix this but it’s worth noting.

The twin-turbo diesel engine also felt underwhelming. It had plenty of torque and acceleration ability but there was that voice in the back of my head that kept telling me that it was only 2.3L of capacity pushing along nearly 2 tonnes of vehicle, and while I wouldn’t say the engine is a dog by any means, I found myself wishing that Nissan had ignored the Euro5 emissions regulations (argh!) and slotted in the beautiful V6 turbo-diesel from the old ST-X models. Hey, we can all dream can’t we?

Off-road the NP300 was let down by its aforementioned lack of traction to the back end, although the loose dirt and rocky tracks we were driving demanded a high level of traction. On a more forgiving surface like sand it would go extremely well. The front end was on a par with most of the other IFS dual-cabs. If you’re hoping for a hardcore rockcrawler prepare for disappointment but for 95% of off-road duties it is more than up to the task

Economy was excellent, as you’d expect. We returned figures south of 9L/100km with a good mix of road, dirt roads and low-range type crawling.

Overall, I was impressed with this vehicle. As a tradie’s ute or as an alternative to a bigger wagon there’s not too much that’ll let you down. It’s comfy, powerful and economical, and while beauty is in the eye of the beer-holder, I thought it looked pretty schmick too. Throw some aftermarket suspension and barwork at it and you’ll have a vehicle ready for tackling just about any trip in Australia.

EV’S TAKE ON THE NEW NAVARA

Make no mistake about it; this latest release from Nissan has some amazing potential on paper, yet the execution sadly lets it down. Firstly, a massive negative point was the steering, which felt as though it had the speed of a jellyfish. It was doughy, unresponsive and dangerously slow to respond to input. The engine also sounded rather uninspiring, but did an admirable job of moving what is not a very small vehicle around so I shouldn’t bully it too much.

The sunroof was a strange bugbear that I normally wouldn’t even notice, but it appeared to be installed in the wrong spot or something. It just didn’t feel right and took away from what should have been a cool feature. In a moment of madness, Nissan have also installed the rear cup-holders on the floor. Why on earth would you want your drink on the floor where it can be easily knocked over?

Overall however, it must be said the interior of the Navara is a nice place to be, with plenty of gadgets to keep you entertained (the rear-view mirror even has a compass built in). The bonnet was a talking point in our test group, as it is weirdly kicked up on either side. It really is rather different, but I must admit to liking it. It feels as though you are driving some sort of futuristic space ship, not what is essentially a tarted up commercial vehicle.

Finally, the all-singing all-dancing fancy coil suspension rear end again on paper should be the best thing since factory turbo-diesel engines were made mainstream. Sorry to deliver this bad news, but it isn’t. For years we have been told that coil springs are the cure for everything, but in reality in a working vehicle they offer little advantage over a well-sorted leaf rear end. And while I’m sure the aftermarket industry will improve on this greatly, the fact remains that this ute will not carry a decent load in stock form, nor does it seem to get power down to the ground all that well. It just wants to spin tyres.

Look, there are some major improvements over the old D40. Just please don’t buy one thinking coil springs equal flex and a great ride, because this new Navara offers neither.

SAM’S TAKE ON THE NEW NAVARA

I was pretty excited when I first started reading about the new Navara, which looks like it might shake up the status quo that currently exists in ute-land. After some quality time behind the wheel, I found its appeal not to do with the 4X4 side, but more about the car.

Many (like Dex) will lament the omission of the three-litre diesel V6, which was sourced from the Renault-Nissan alliance. Nissan is probably missing it as well, now they don’t hold the crown as the most powerful ute on the market. This new, 2.3L diesel comes from the same source, doing 140kW and 450Nm, whilst sipping fuel. Why no V6? Emission standards. The new motor is quite toey for its size, matching well with the seven-speed automatic when driven hard. More gentle, around town driving can become annoying, as the gearbox hunts around between the premises of power and economy. We did get great economy of around 8 litres per hundred kays in our testing, and we weren’t driving for economy.

Driving dynamics on the NP300 is decidedly carlike, showing how much this segment has changed over the last decade. Aside from the fact that there is a low range and rear locker button visible, you might as well be in a fancy-spec sedan. It’s quiet, efficient and painless to drive. Pushing the car hard into corners will show up that wallowing understeer, it is a 4X4 after all, not a sports saloon.

Off-road, the Navara is a good base for potentially great capability. Swap out the plastic extremities for something with stronger and better angles, and lift the belly away from the ground with a slight lift and tyre size, and you’ll have something quite capable. Our testing on rock steps and rutted climbs showed that the lines you picked are largely dictated by the crappy approach angle, front wheels quickly lift, and the locked rear end scrabbles on slippery sandstone rock. Give the revs a bit of a punch, and traction control kicks in. Better late than never, I guess.

Coils are great to see under the bum, and they give a noticeably different ride to leaves. It’s much softer, sometimes feeling bouncy, especially when pushed too hard over big humps and potholes. You’ll lose the car-like softness, but firmer rated rear coils would probably benefit the Navara a bit.

The new Navara feels more like a car than a 4X4, which will certainly increase its appeal to the broader market of potential car buyers. The interior is one of the nicest getting around, in terms of looks and functionality. Importantly, it is a good base for a 4X4, which is already well catered for with aftermarket mods. Hardcore four-wheel drivers won’t like how car-like it is, and what that means for factory off-road performance. But on the plus side, this will easily replace the family Falcondore easily, and give you a ticket for escaping the city in a 4X4. 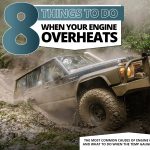 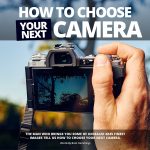