Suzuki UK has responded to speculation the Jimny will be pulled from sale in Europe, stating it will remain on-sale this year in “very limited numbers”.

Following media speculation last week that the Suzuki Jimny would be pulled from sale across Europe to help Suzuki meet its whole-fleet emissions targets in Europe, Suzuki UK has announced the Jimny will stay on-sale this year but in “very limited numbers”.

Following a report on Autocar India, many sites, including Unsealed 4X4, reported on the claims the Jimny would be pulled from Europe. Following that, Suzuki UK released a statement saying:

“Following on from recent media speculation and reports of the future of the Jimny model in Europe, Suzuki GB PLC would like to confirm that the model will remain on sale in the UK in very limited numbers throughout 2020.

“At launch in late 2018, Suzuki announced that the higher CO2 emissions levels of this model would adversely affect its whole range CO2 average in Europe after 2020. This target was set across its range of vehicles according to EC CAFE legislation.

“Suzuki GB PLC will make every effort to ensure delivery to its customers who have already placed an order.”

Elsewhere in the statement, Suzuki reported it would continue its 48V hybridisation of other models in its range, excluding the Jimny. While this will give those currently on Jimny waiting lists in the UK some peace of mind.

With Australia no party to the strict new emissions laws heading to Europe across this year and next, there’s a chance that a let up in Jimny sales in Europe could allow for a greater number of vehicles to be built for our market, alleviating some of the long waiting lists here. 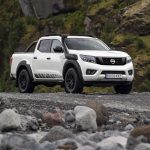 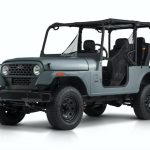