Could this be one of our last hidden secrets?

As an off-roader equipped to tour and take on the dirt tracks, I know it is increasingly hard to find areas that are close to home and yet undiscovered. And those are the areas that I enjoy. I want that feeling of isolation and being at one with nature. Yet it is difficult for most of us to justify a big desert or central Australia trip, especially with kids. But is it still possible to find something that has that sense of isolation within reasonable reach? Well, being from NSW I pondered this many times. Looking over maps endlessly and thinking ‘well where the hell can I get away from it all’ I recently had a thought, and those don’t come by that often… believe me.

I was planning a trip into central Aus and poring over maps thinking ‘yeh I’ll just head out the usual way’ when I saw this area that just jumped out. An area I had driven past many times on the way to somewhere but had never thought of actually checking out. Well, a few weeks later and tick, tick!

I bring you perhaps one of NSW’s last undiscovered secrets: The Pilliga.

Located between Narrabri and Coonabarrabran ‘The Pilliga’ is a vast native forest that sits astride the Newell Hwy. The land is flat and heavily clad in native gums, grasses and Cypress pines and it nearly replicates the terrain found in our Top End – albeit with a different climate. Consisting of a multitude of Aboriginal Conservation areas, National Parks and State Forests ‘The Pilliga’ as it is collectively known is really just one giant native forest with an incredible amount of dirt tracks woven in between… so many in fact that it would take over a week to traverse them all. From the main tracks there are hundreds of offshoots that lead off into the scrub.

To start it all off though there is one thing I would definitely recommend. Although there are a multitude of entries into the area, go check out the Discovery Centre at Baradine first. Located on the west side and run by NPWS (DEC now – for this year at least), this is one legit centre where you will find the maps and local knowledge that you just can’t get anywhere else. I was at a loss when I rocked up and I was armed with every modern map and piece of Nav equipment known to man; there is simply no substitute for local knowledge.

So what exactly was I in for? Well I found a little bit of info on Google but it didn’t have much meat to it. So here is your guide.

Nearly all of The Pilliga is flat and it’s heavily timbered. Despite some very recent and regular bushfires this native haven keeps on bouncing back. Managed incredibly well for the past 28,000-plus years by the traditional Gamilaroi people, it is now largely managed by State Forests and NPWS – but a close relationship between them seems to keep the Park in good condition. The fires, although devastating, have not completely destroyed the area; unlike the heavily timbered and dense High Country fires in the past few decades.

The tracks are all dirt and in some places there is a lot of bulldust; but being an ancient alluvial plain, there is a big variety of ground substrate. In some places in the wet it would be very slippery and not recommended, but in others the ground is rocky and would drain fairly quickly during a downpour (which there are not too many of anyway). Despite there being myriad tracks it is easy to navigate through any area. Signposts mark every single track and the well-worn paths easily lead to the two campsites within the forest: The Sculptures and The Sand Caves.

So why is The Pilliga so good?

Well, if you like that feeling of isolation but find it hard to take the time off for weeks-long trips, then this is Nirvana.

Night one. Having visited the Discovery Centre I was armed with the local knowledge. It was off to The Sculptures/Dandry Gorge Aboriginal Reserve. Pleasantly surprised at not seeing another vehicle so far, I was greeted by a choice of 10 bush camps. All pretty-much private and embedded amongst native forest and with modern facilities nearby… this was a winner. The sense of quiet and nature was palpable. I really felt like I was the last person on Earth. The only sounds were of the native birds and the crackling of the fire at night. Awesome. An early wake-up in the swag and I headed on foot along the Sculpture Walk.

An easy 3km loop along an excellent walking track it takes you past some very fitting and wonderful local artwork along the lip of a gorge. The return of the loop actually takes you through the gorge itself. Although the gorge is mainly dry I’d have to say it was the highlight of an incredible walk. It’s not every day you get to walk through an ancient river canyon with impressive cliffs. I was really starting to dig this place emotionally. And I was starting to feel the spirits of times past.

Having to move on for camp two, I managed to hook up with a tour of the Sandstone Caves. Normally I don’t really like tours; they can take three hours out of your day when you can actually see it all in about 30 minutes… but this was about to change for me. Closed off for a few months after bushfires in Dec ’15 the caves were locked off, only open for touring with a guide during the school holidays. Bugger. Well I wanted to see these caves and this is where I met a local Ranger (and our guide), Dave.

Dave has strong Indigenous ties and the next three hours of my life were completely enriched. I learnt more about our environment and how it was managed and enjoyed in the past than I did in all of my 12 years of schooling. Maybe there should be a ‘bush school’ for people like me… are ya free, Dave?

So having learnt that in 30-plus years of camping I still had a lot to learn (it has been done for over 28,000 years without the 4X4s and gear), I was still very happy, weirdly so. And the caves are amazing, by the way. Anyway it was a short hop to my next camp, night two at the ‘Salt Caves’. Talk about isolated bliss. I actually met up with a bloke towing an off-road camper but apart from that I only saw a couple of other vehicles. Deciding to share a campfire and company with this fella, we had the pick of three campsites. Salt Caves, despite the obvious salt caves, has one very excellent feature – despite possibly ruining the ‘one with nature’ feel.

A tall metal tower now stands where once there was number of successive wooden fire watchtowers. This could perhaps be the best man-made place in Australia to observe sunrise and sunset. Overlooking a vast dense forest of native timber to a very distant horizon was simply sensational. The pictures do not lie. Honestly this is one of the ‘must visit’ places in Australia. Yes, it’s THAT good. Get up on that tower at sunrise or sunset and your problems will melt away. It is a place of reflection and joy and I cannot describe the feeling with words… just do it and see for yourself.

Having the tower experience on top of the previous two days in The Pilliga got me thinking abut how good it is to love off-roading and enjoying our bush. Sadly it was time for me to go on another adventure to tell you about, but The Pilliga experience has changed me for the better. It may well be one of the last close-at-hand ‘Outback’ experiences you can enjoy. 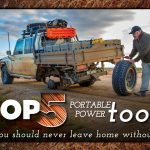 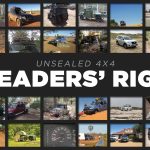