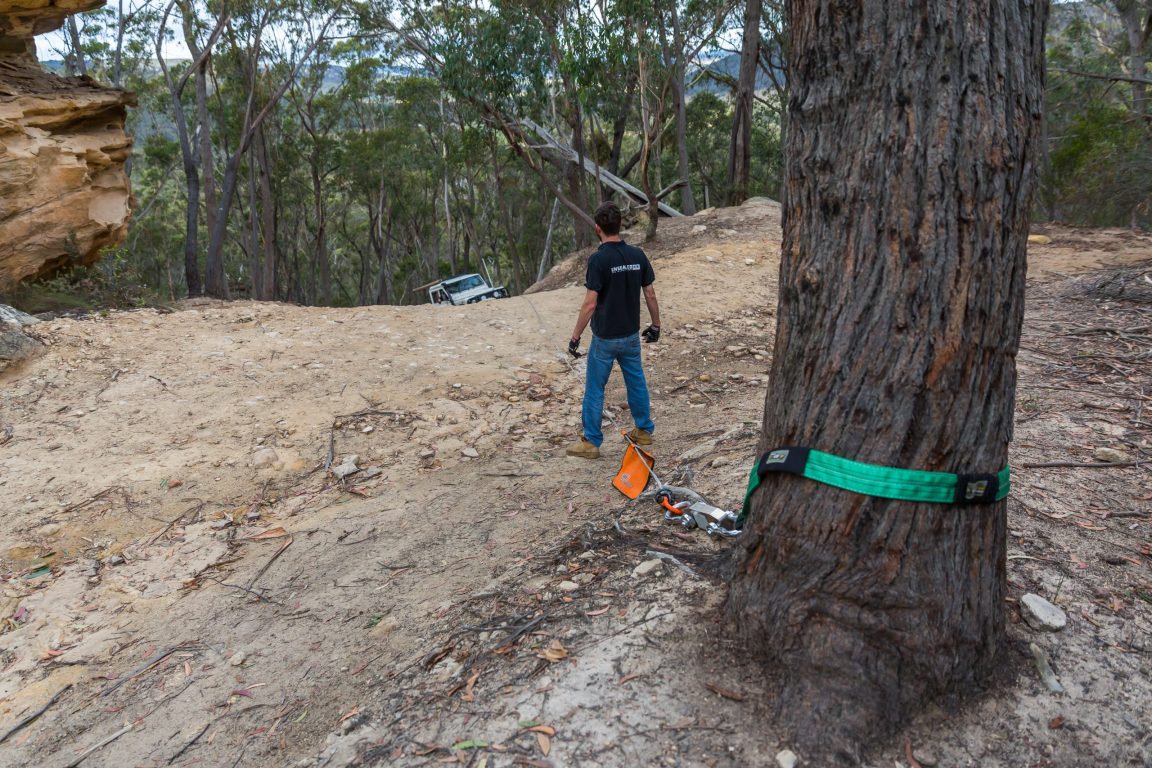 Don’t let your next trip end in tragedy… avoid these 10 easy mistakes.

Getting stuck sucks. The adventure is over, forward progress is halted, and instead of seeing the next amazing sight or kicking back at camp with good friends and family you’re stuck on the business end of a long-handled shovel up to your knees in mud. Worse yet, in the wrong situation your 4X4 itself could be on the line.

The act of taking something that often weighs thousands of kilograms and is well and truly stuck and freeing it involves immense amounts of force. When things go right it’s a simple process and you’re back on solid ground. When things go wrong, those forces can come crashing down in catastrophic ways.

It’s not a spectator sport

We’re putting this front and centre because it’s easily the biggest ignored rule in 4X4 recoveries that even the big names get wrong time and time again. A recovery is not a spectator sport. Any number of things can go wrong, from failed recovery points and snapped straps and cables through to vehicles suddenly gaining traction and launching into gawking onlookers all vying for the best Instagram selfie. Have as few people as possible within 50m of the recovery, stay seated inside the vehicle with your seat belt on, and have a plan of what to do if (when) something does go wrong.

Tow balls are for towing

Why are people still not getting this? A tow ball is not even close to strong enough to handle a recovery. You’d be far safer tying the winch rope or strap off to your mirror than a tow ball. Sure, it might be rated for 3.5T and regularly tow a 25-foot caravan around, but it’s doing that under constant down-load, and not shock side-load. Think of it like placing a brick gently on top of a ceramic plate, or throwing it as hard as you can at the plate. The actual weight of the brick isn’t changing, nor is the strength of the plate, but by adding momentum to the equation you’re asking the plate, and the tow ball, to do something they were never designed to do.

A snatch strap can only reach so far before you’re holding one end in your hand while the recovery point is still a few short metres away. Logic would dictate the best option here is to join two snatch straps together and call it done. The problem is there are far more bad ways to join two straps than good ways. Straps can and do fail, so anything heavy like a bow-shackle is a potential missile and best left in the recovery kit. Other methods of joining the straps straight together, or using a rolled-up paper magazine, can result in the straps permanently fusing together. The only safe method is to loop two straps together with three small pieces of dowel between them (to pry them apart afterwards).

You wouldn’t go skydiving with a parachute attached to the belt loops of your pants, so don’t perform a recovery off the factory tie-down points. They’re designed for nothing more than keeping your vehicle strapped down to the production line, or in transit; and they simply aren’t up for the task of a load-intensive recovery. When they break, and they will, you’ll be left with a kilo of metal flying through the air at fatal speed.

Ease up on the shackles

Your recovery kit can never have enough bow shackles, they’re among the most useful items at our disposal and the required number seems to always be one more than what you currently have; but for the love of god stop using them so much. They add needless complexity in most situations. They can be easily replaced by looping straps together or running a winch hook direct to a strap. They will carry enough force to turn a watermelon into fruit juice if they become airborne. Let that mental image sink in for a minute.

When you rush, mistakes happen. If your 4X4 is in bad enough shape that you feel you need to rush to get it back on solid ground, it’s in bad enough shape that you can’t afford for anything to go wrong. Slow down, calm down, and take a second (and third) look at everything you’re doing. Will that tree hold up to a winch recovery? Will you go rocketing forward and into a rock ledge if you get traction? If a strap snaps, who’s in the firing line? Being stuck sucks; don’t make it worse than it needs to be.

Common 12V recovery winches are amazing pieces of equipment. They’ve been used to right rollovers, build bridges, pull down dead trees and free millions of 4X4s over the years. But they’re not magic wands. They’re often rated just under 5.5 metric tons, or 12,000lb for countries that have been to the moon. Sounds like a large figure, but a 4X4 up to its chassis in mud could require much more than that pulling power. It’s no wonder winches often fail in the field. Your recovery kit has snatch blocks – which can reduce the load on your winch by orders of magnitude. Learn to love them.

There’s an old motorbike saying: Buy a helmet that’s worth as much as your head. If you knew you were going to crash you’d buy the most expensive helmet money can buy, not the $100 eBay cheapie. It’s almost a certainty that with enough time on the tracks you will get stuck. When you reach for the snatch strap do you want the one that has been rigorously tested and engineered, or the one from the cheapest bidder on Alibaba?

In most situations off-road you need to tune out the background noise and focus on the task at hand. Twenty spotters yelling instructions won’t get you further than clear communication with one person you know and trust. But when it comes to matters of safety and a stranger is jumping up and down and telling you that what you’re doing is dangerous, it just might be worth listening to him. None of us have all the answers, and we rarely like to think we’re wrong… but if a strange man is telling you to stop, put the ego aside for a minute; he just might know something you don’t.

For more tips, check out our how to guide on towing a camper-trailer off road 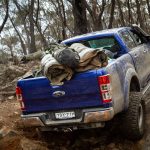 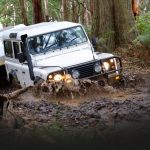