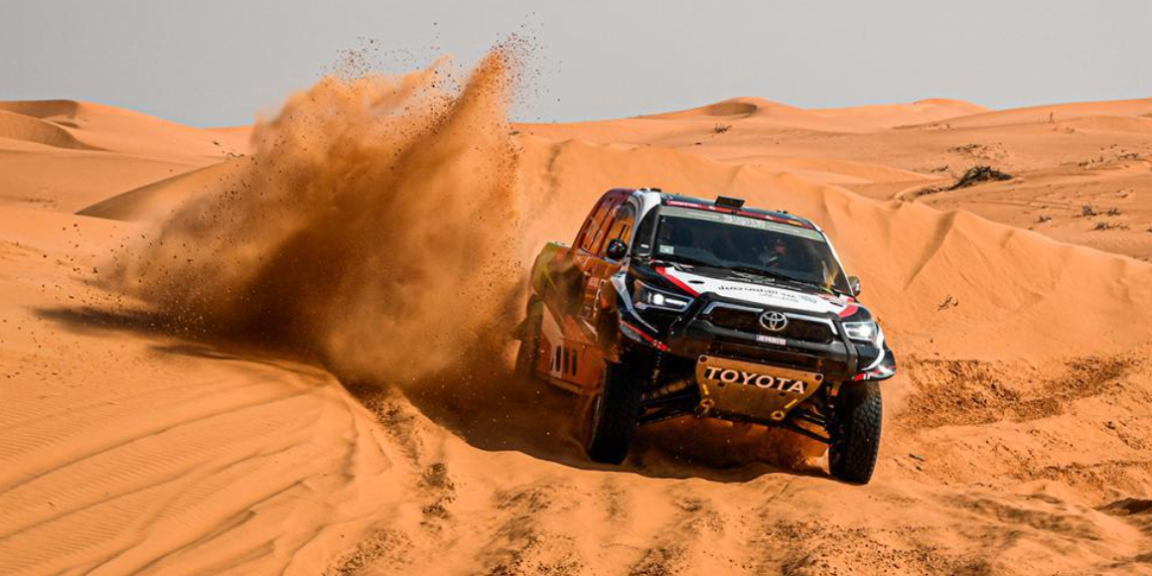 After Sunday’s much-needed rest day, Dakar 2021 Stage 7 was the beginning of the Marathon Stage, which means competitors have no outside assistance from their own teams for two days, so they have to perform their own maintenance on their machines and make their own repairs if needed in the overnight bivouac.

Stage 7 itself consisted a 284km Liason and a 453km Special that ran from Ha’il to Sakaka in the north of Suadi Arabia, and with no support competitors had to look after their own machinery.

Peterhansel will no doubt be worried prior to the start of Stage 8 after having damaged his rear right lower control arm on Stage 7, and having to make repairs without assistance. “Forty kilometres before the end, we had a big impact on the wheel, so we broke the rim, the rim was totally destroyed and broke the caliper, so it was not possible to remove the wheel, so we lose first five minutes to change the wheel, and after that, we start and 20km before the end I feel the car a little bit strange, a bad feeling, slide a lot, and we finish really like a taxi driver, and when we arrive we saw that the arm was broken,” Peterhansel said. “The rear arm is broken, so we need to change it.”

“I was charging through and into the last 100 kays before the finish, I just come across a dune… and there was a rock in the bottom of it I didn’t see,” Sanders explained. “So as I validated the waypoint and checked the next note I looked up and started cutting across this dune and just, the front-end rocked and I went straight over the hangers and head first into the dune and sliced me lip open.”

Price’s big potential problem on Stage 8 will be a damaged rear tyre which has a massive cut in the sidewall. Under the regs Price cannot change the tyre on the Marathon stage, so he taped it up and threw on a few of cable ties and will hope for the best tomorrow. “Hopefully it holds together and hopefully my Dakar hopes stay in one piece,” Price said.

Dimitry Sotnikov (Kamaz – Master) is making a habit of winning stages in this year’s Dakar, and Stage 7 was no exception. He beat home teammate Airat Mardeev by 3m 23s, who in turn beat teammate Anton Shibalov by another five minutes. The Kamaz – Master teammates now hold the top three positions overall in the Truck category, with Sotnikov ahead of Shibalov and Mardeev in the rankings. 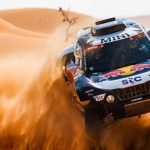 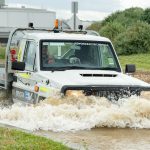