This Custom Land Rover Defender 110 Wagon is much more than a means to an end. It’s more like an itch that can’t be scratched…

A custom Land Rover Defender 110 Wagon from the Unsealed 4X4 Vault that clearly explains how easy it is to get hooked on off-roading.

For some of us, four-wheel driving is a nice outlet… a means to an end that gets us away for the weekend or school holidays. For others off-roading is a way of life, a disease that runs in the blood, an itch that can never be completely scratched. Stefan Fischer is one bloke who falls into the latter category.

He started out like many, just getting away for a weekend with some friends on a trip a mere five years ago. But it did not take long before the hook was well and truly set. Fast forward five years and Stefan has travelled the Simpson many times over; toured Central Australia, Tasmania, Outback NSW and Queensland; frequented the Victorian High Country and the Flinders Ranges; in addition to scores of mid-week and weekend trips along the NSW tablelands and Blue Mountains. In fact he averages at least one trip per week. Told ya he was one of us. 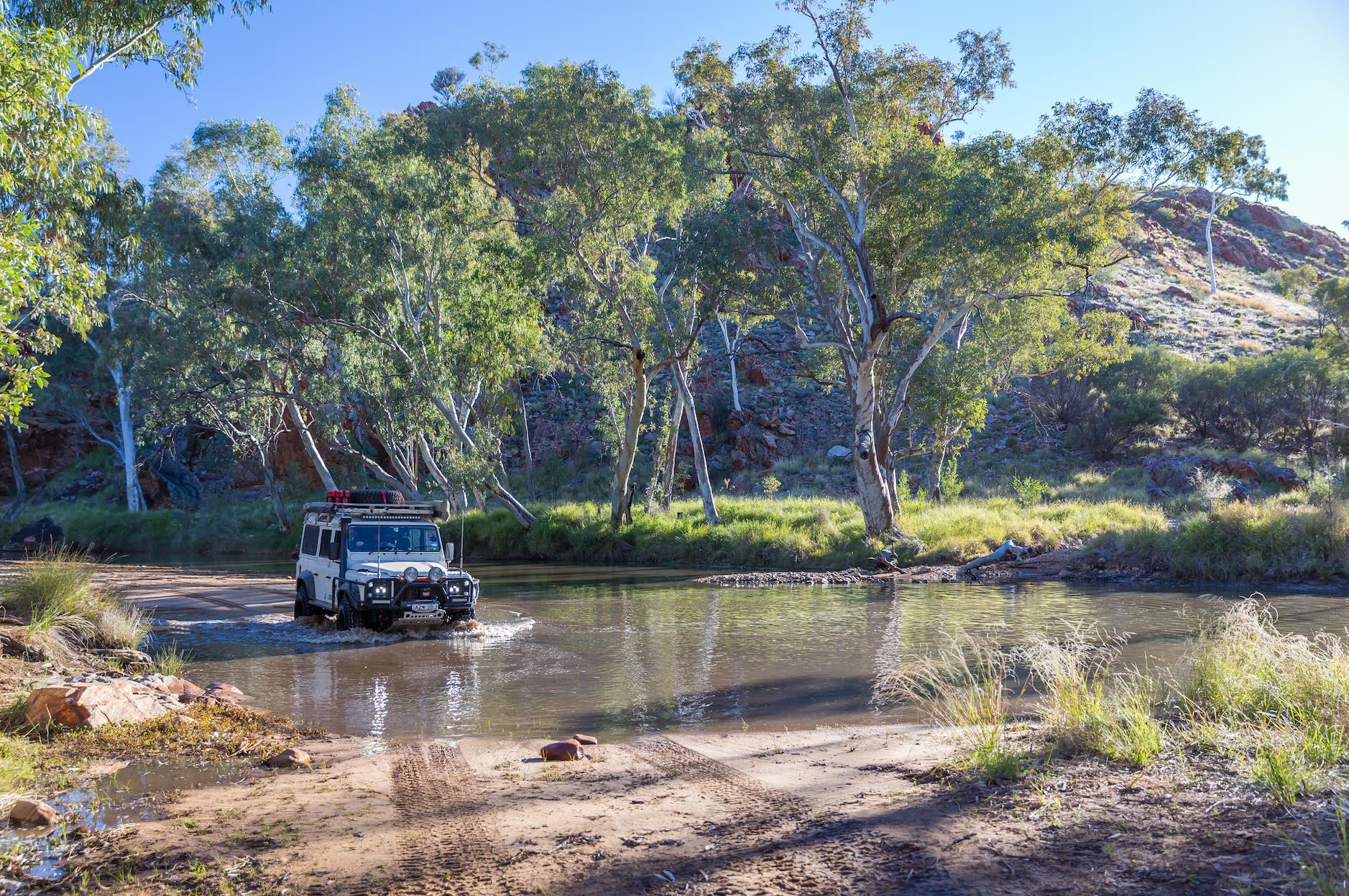 Stefan loves the technical challenges of low-range driving, and his philosophy is strict and clear. He is a big advocate for responsible and sustainable wheeling. If you have seen any of his YouTube vids you will clearly see this demonstrated. So with a wealth of knowledge quickly gained, and having driven many of the hardest tracks that Australia has to offer – tracks that most of us can only dream about – how has he gone about doing it?

Well this is his daily driver and go-to tourer: a very comprehensively built 4X4 capable of handling anything.

When he purchased this 2006 Td5 Defender 110, it came with laminated chassis rails, the venerable Mal Storey Maxi Drive diff locks and full Dynamatting to keep things quiet in the cabin. Since then no stone has been left unturned, and every part of the wagon has been modified to an exceptionally high standard.

A Variable Geometry Turbo now feeds air into the Td5 and a 3-inch Taipan exhaust takes care of the outflow. A larger alloy intercooler keeps the intake charge nice and dense and a deep-finned sump provides extra oil capacity. A low coolant alarm, larger airflow meter, turbo timer and Autron cruise control and BAS remapping to suit the turbo round out the engine mods, and give a healthy 99kW and 700Nm; 1.21 transfer case ratios from the Discovery (with heavy duty cross pin) are also installed. 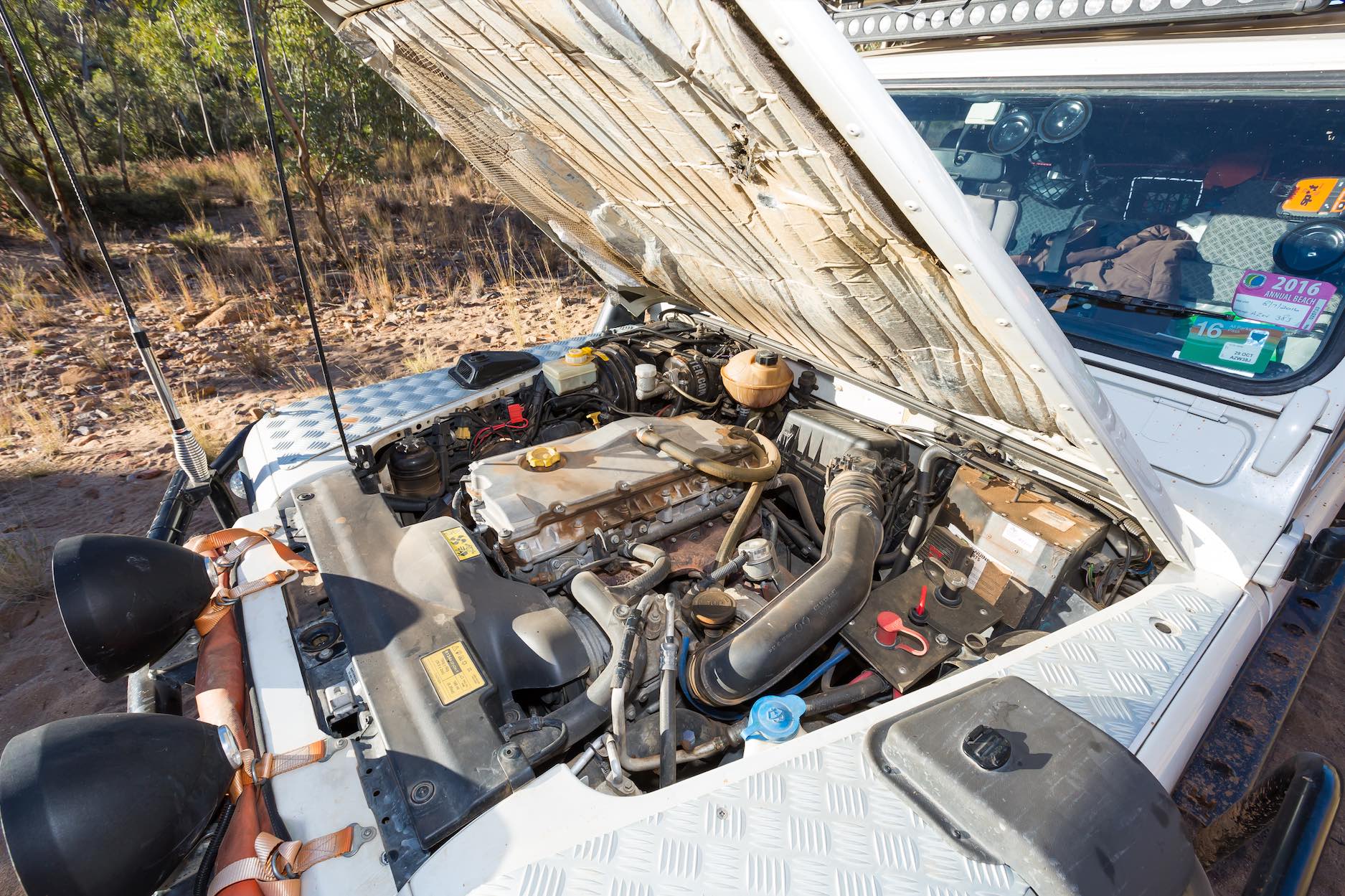 GBR Utah 4.10 rear and 4.11 HD diff gears mate up with Maxi Drive front and rear axles with heavy duty CVs up front encased in braced and reinforced diff housings to make the driveline pretty-much bulletproof. Not quite content though, Stefan also installed upgraded and nuke-proof prop shafts, heavy-duty drive flanges, Terra-Firma front arms and rear ‘cranked’ trailing arms, not to mention the Terra-Firma steering damper and coil drop-outs. With the driveline sorted it was time to address the suspension. He opted for a 3-inch lifted Ultimate Suspension setup enabling him to fit the 315/75R16 BF Goodrich KM2s on -22 offset steelies. Aussie Ryder twin-tube gas shocks take care of smoothing the ride, but Stefan reckons he will soon be upgrading these to Fox custom valved remote-reservoir shocks. 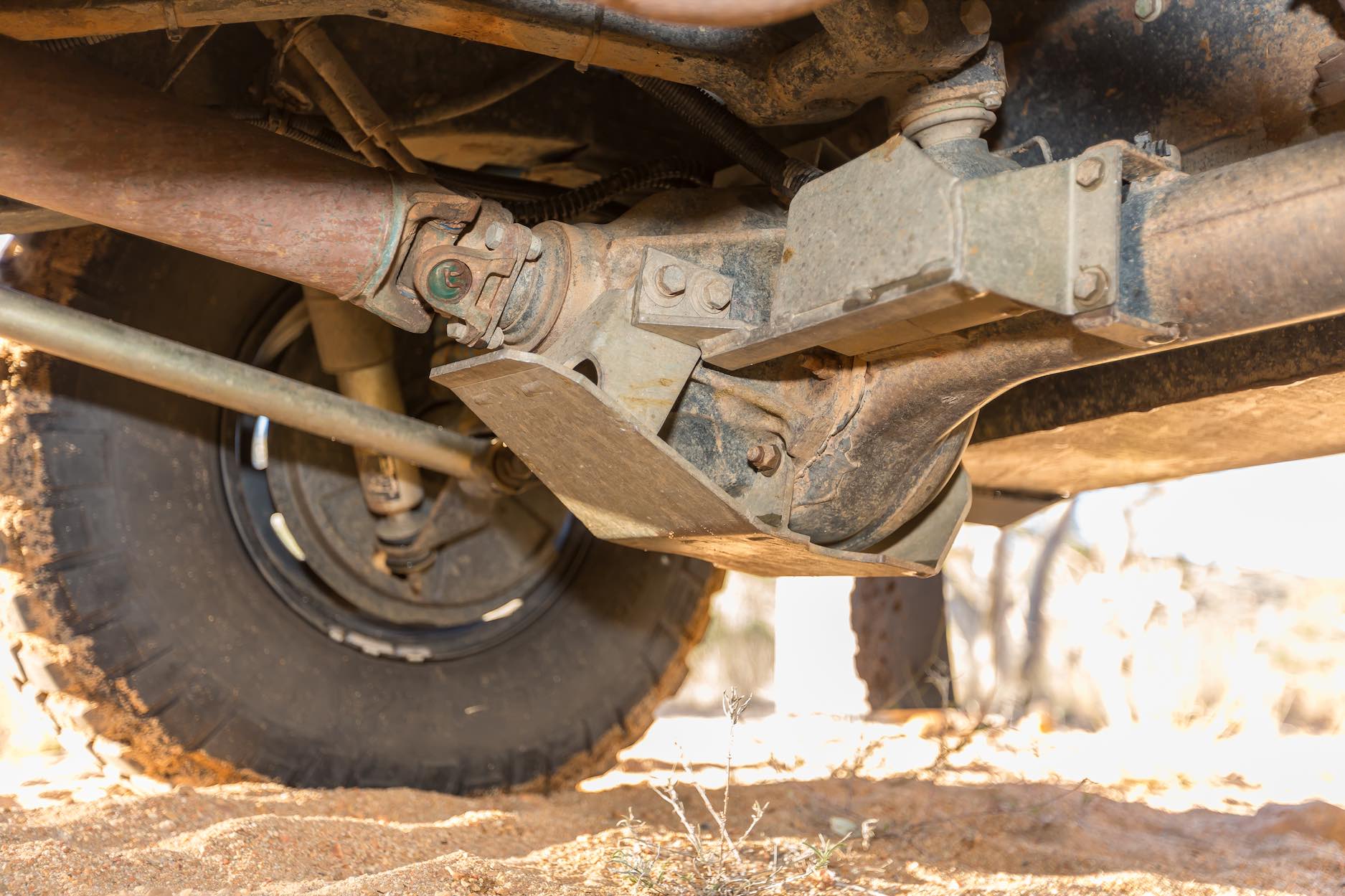 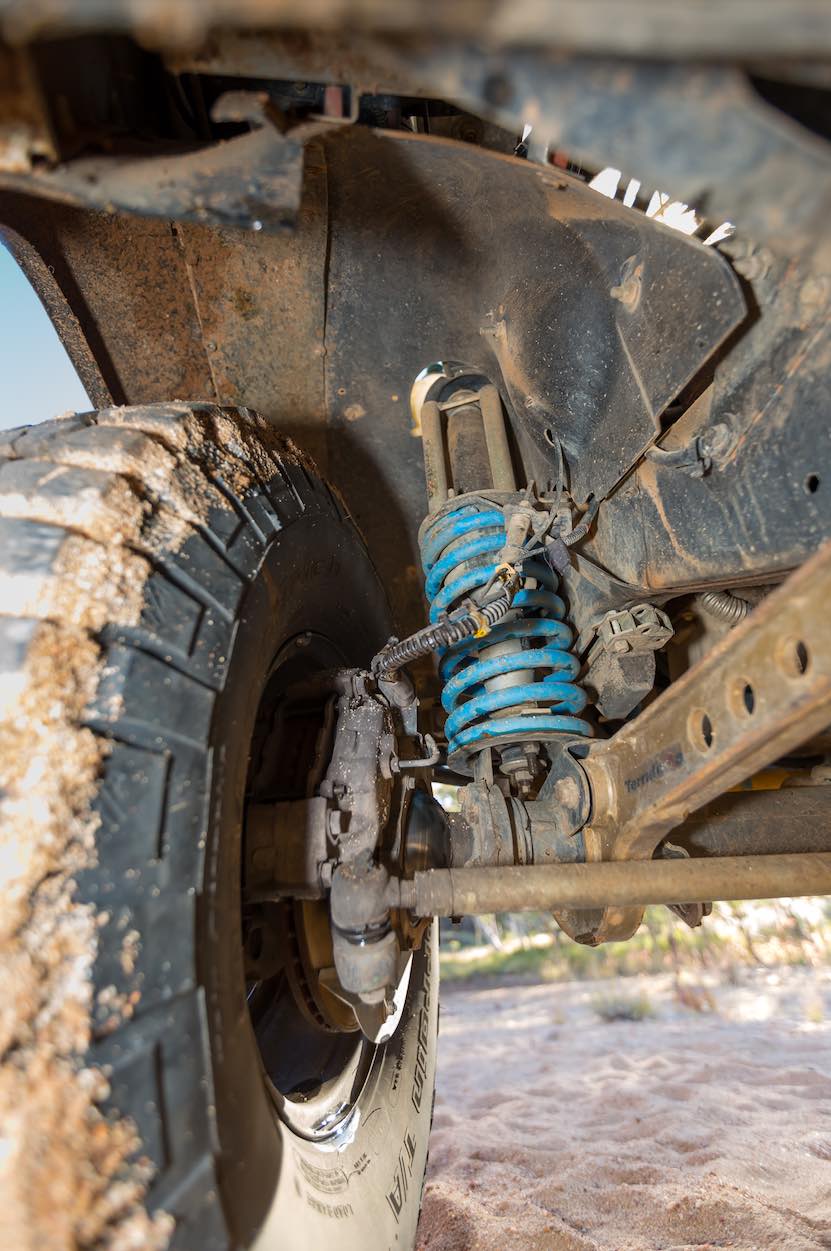 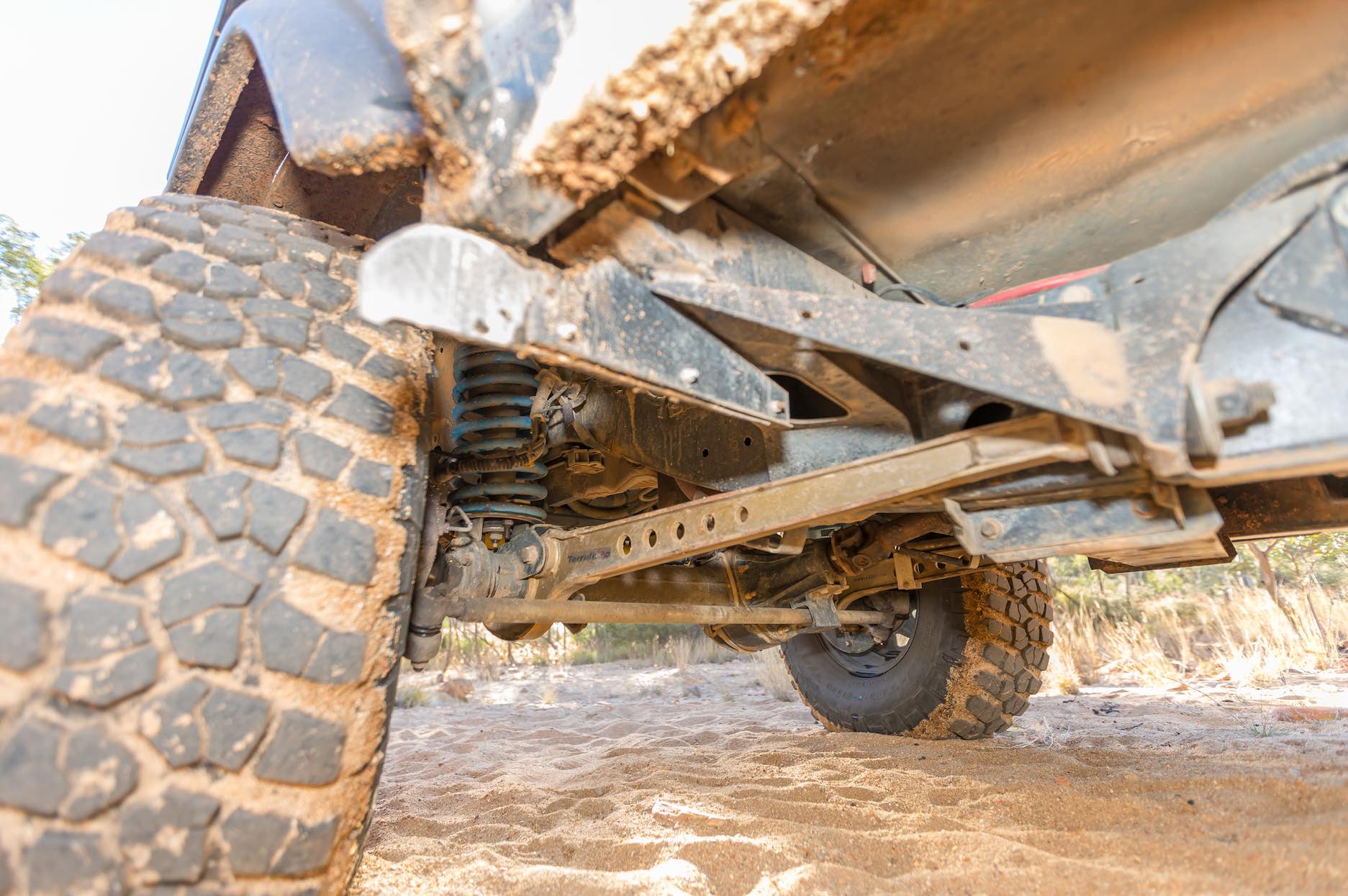 If you have ever sat inside the cockpit of an F/A-18 Hornet you just may be comfortable with the amount of switches and gauges inside this rig. Comprehensive is an understatement. Instead of grabbing a coffee and sitting back to read the list I could write, I will sum it all up and say that every single piece of electrical equipment, extensive lighting, navigation, engine status, communication and driveline activation has either a switch or a gauge – or both. Additional 12V outlets of various types are scattered throughout and there is a pretty full-on antitheft system to boot. Battery management and power distribution have not missed Stefan’s critical attention either, with REDARC and Baintech providing management, switching and inverting.

Not content with the factory seating, Stefan installed Recaro seats up front – perfect for the longer trips. A custom steering wheel gives extra comfort as well. Door seals were ripped out and replaced with more modern models, and a passenger door-hinge modification was made, enabling wider opening. 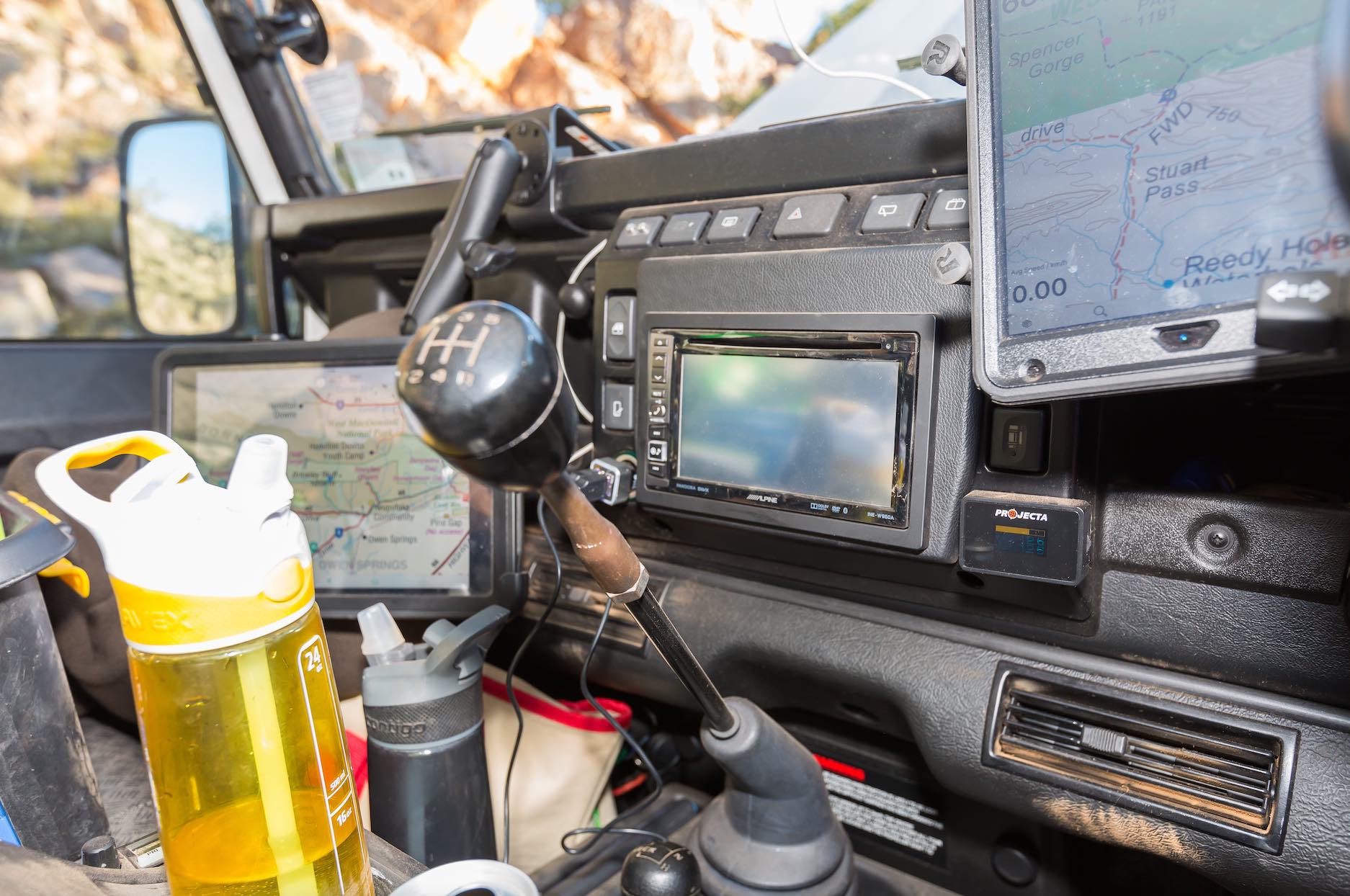 Down the back, the rear door received a gas strut and Scorpion rear tyre carrier and the rear windows were replaced with Front Runner Gullwing units, enabling easy side access into the otherwise narrow rear opening. A custom cargo barrier not only acts as a safety barrier in an accident but also acts as a mounting point for various organisers and holders. Cargo netting is scattered throughout the roof and doors making full use of those sneaky spots.

Powering up the extensive electrical system there’s not two but three 12V batteries with a 100W semi-flexible roof-mounted solar panel. There are also Anderson outlets for adding more solar charge if needed. 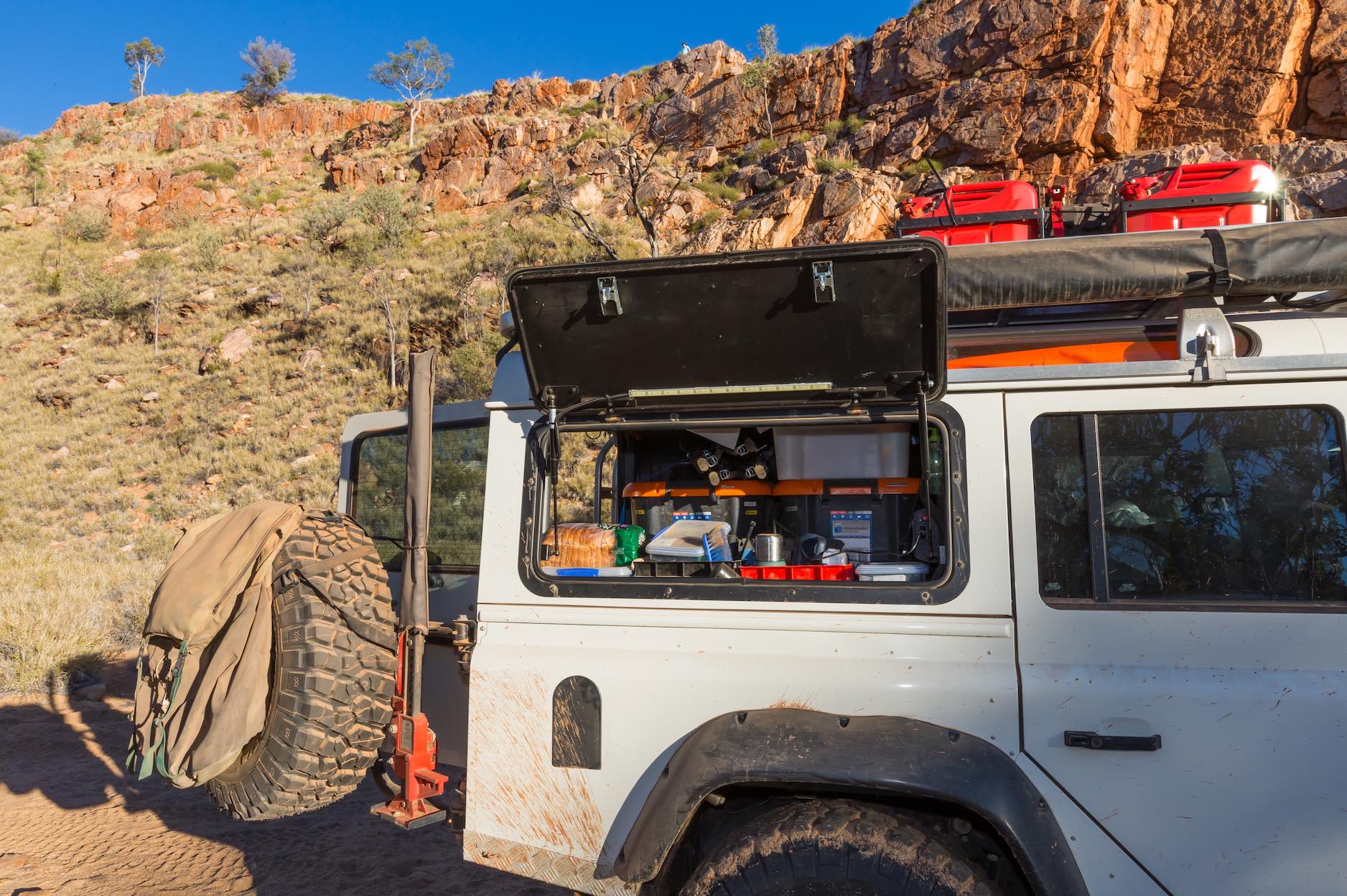 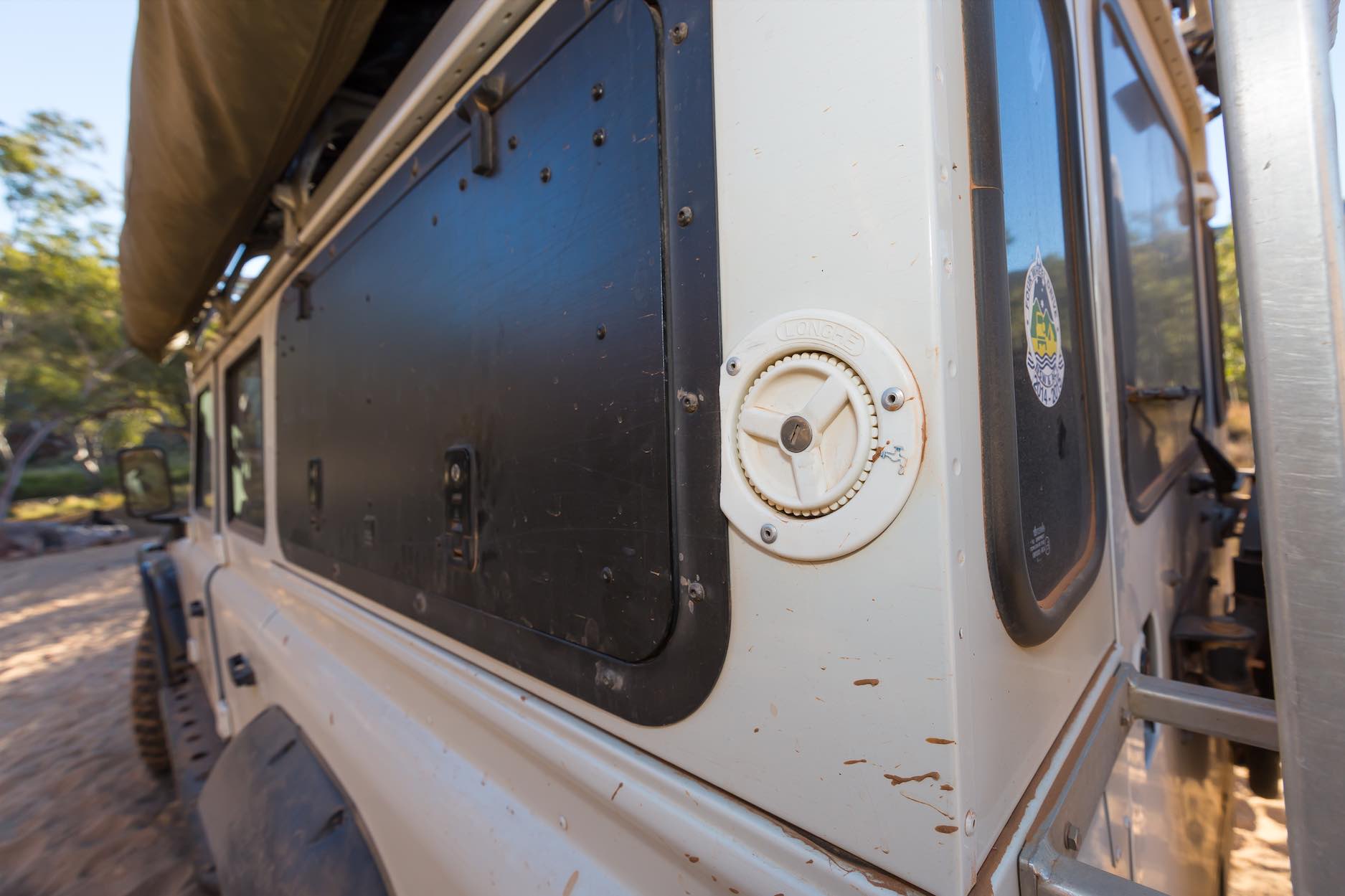 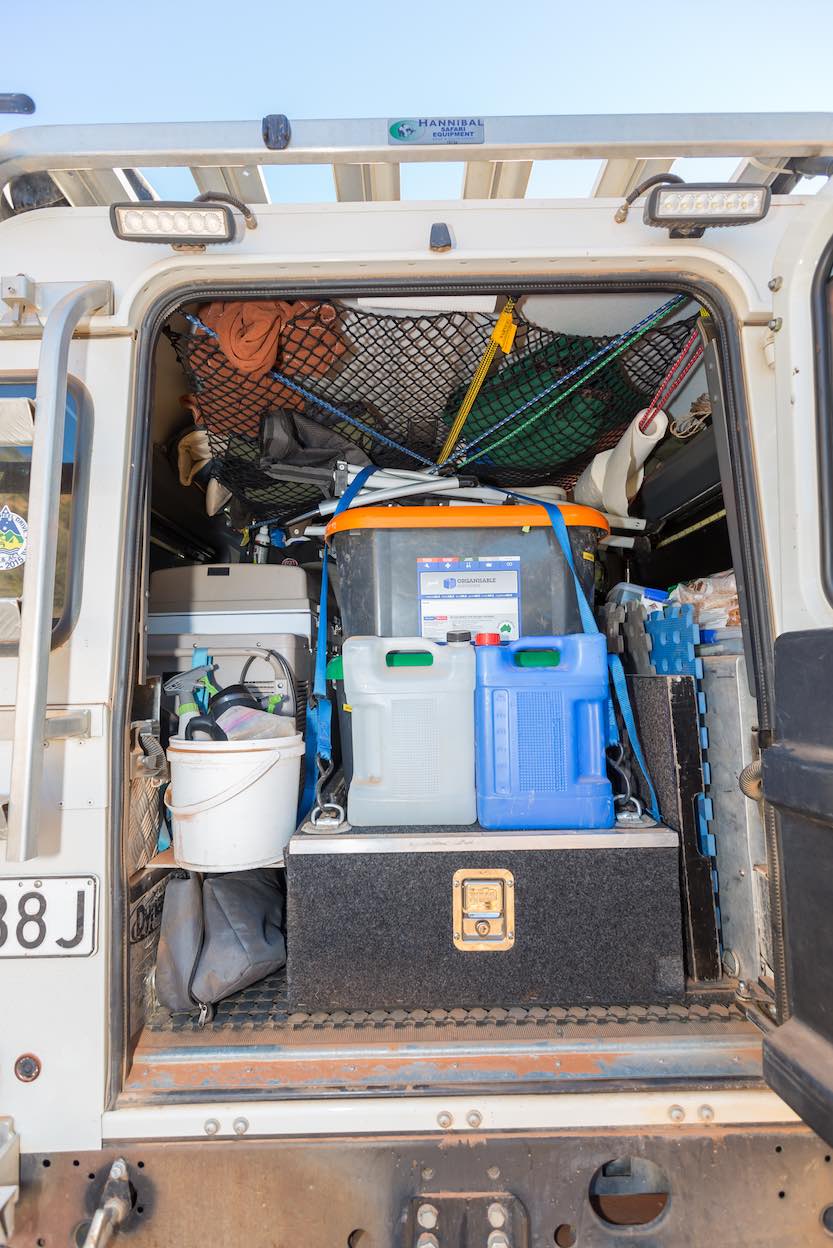 With plenty of touring under the belt and plenty more planned, Stefan knew he would need to improve interior and exterior lighting. All internal lights have been swapped out for LED units; and additionally LED strips and micro floods have been installed underneath the car and in all four wheel wells to enable him to place his rubber precisely when night driving on rocky or unforgiving terrain. Other external lighting includes LED headlights, 60W spots in the bullbar, FYRLYT Nemesis spots, a 38-inch 200W LED bar and two 10W LED units at the rear. There’s additional side lighting for the awning, and the gullwing openings also received LED strip lighting.

Reliability and capability, this 110 has it in spades. It is certainly one of the most enviable vehicles we have ever seen. 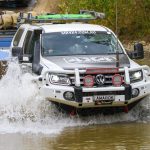 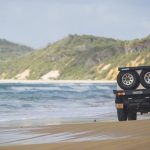