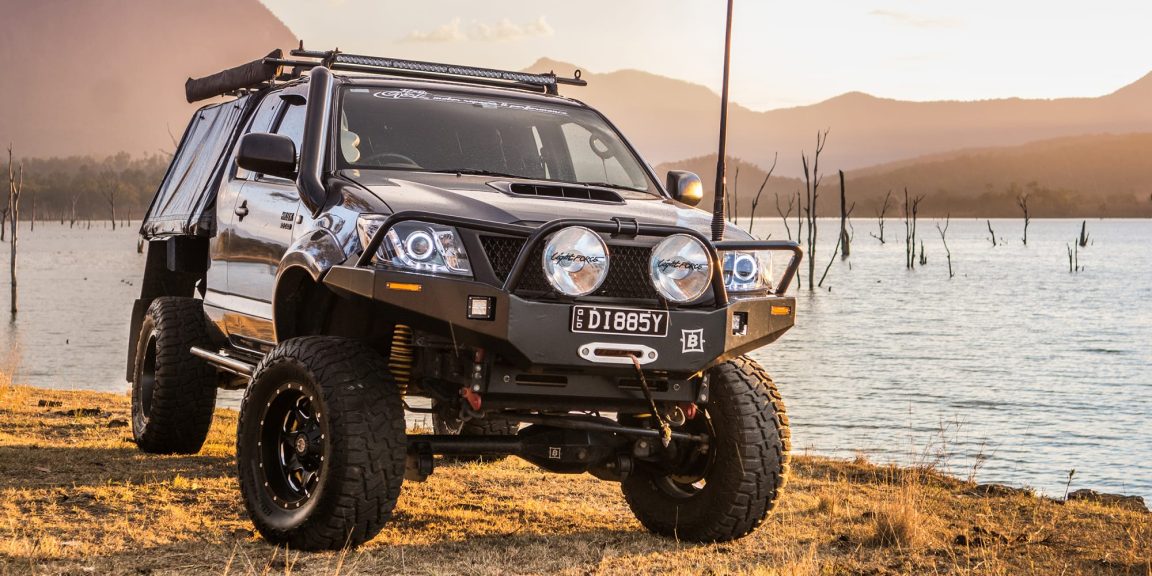 This HiLux is bringing solid axle swaps back, but it took a nasty accident for it to happen

Thankfully, not many of us have been through the heartache of losing a rig. It’s something that Rayden wouldn’t wish upon anyone, after a momentary lapse in concentration cost him his pride and joy on Fraser Island last year. Luckily, he was in the wrong place at the right time as he was able to pick up a build soon after, that – up until then – had existed only in his dreams.

THE OWNER
Growing up around his father’s classic streetcars, it was only natural that Rayden would modify his vehicles when the time came. The restrictions placed upon P-plate licence-holders pushed him into a 4WD as the high-powered vehicles were off the table. Working in a biosecurity fumigation facility in south-east Queensland, he enjoys the plethora of phenomenal 4WD locations literally on his doorstep. It’s only a hop, skip and a jump over to the islands he explored with his family as a youngster, something that he attributes to his continued love of exploration and seeing sights that most people don’t care to see. Whether it’s a weekend spent on Double Island or a run to a 4WD park, escaping is never far from his mind. He picked up a brand new 2015 HiLux and the money flow started trickling into a lift kit and tyres, but that quickly escalated into a stream, as Rayden set it up for a dream trip to Cape York. It never eventuated, with the ‘Lux meeting its end after an altercation when a rock bent the chassis during a night run on Fraser.

THE VEHICLE
Losing his pride and joy through such a simple mistake was heartbreaking for Rayden. While the insurance was sorted and whatever remained was stripped from the write-off, his fortune changed after coming across his ‘dream rig’ for sale in a HiLux group on Facebook. With the seller happy to hold it for two weeks after hearing about his situation, he made the trip up the coast to collect the solid axle swapped N70. He had always wanted to put a live front axle under his old HiLux, so taking ownership of one already completed and hassle-free was a stroke of sheer luck. With the major mechanical work completed by the previous owner and Buds Customs, Rayden was able to concentrate on modifying the rest of the vehicle to suit his requirements.

THE MODIFICATIONS
The new ‘Lux came with the bar work, tray and canopy, saving Rayden some coin and time, after just completing similar mods to his first HiLux. However, going from a 2015 model to a 2010 meant it had the pre-facelift front-end. Quickly rectifying that, he dropped it back to Buds for the install of the new front guards, bonnet and angry eye bull bar. Rocking the new front-end, he sourced some Mars headlights, and swapped out the factory candles for their much more aesthetic and powerful aftermarket angel eye units. Resting on the bull bar are a set of Lightforce XGTs, complemented with a pair of recessed LED lights in the bull bar. Accompanied by Baja-style lightbar mounted to the roof rack, it is safe to say Rayden has transformed the night driving experience of the vehicle.

The sliders are one of his favourite mods on the vehicle, as they extend out significantly further than most competitors’ offerings, providing a heightened level of protection as well as functioning as a much-needed step into the cab. Far from standard height, the ‘Lux is sitting on a custom diff housing fabricated to 80 Series spec and flipped to suit the left-hand transfer. Buds arms support the housing, which uses an 80 Series centre, axles and air locker. The draglink and box are also pinched from the ‘Cruiser, but a custom front driveshaft had to be made to meet the transfer.

To keep up with the front-end, the rear diff has had the leaves removed and 80 Series coils and seats welded in, alongside a 4-link set-up and inverted shocks. Engineered as it sits on 33s, re-gearing was necessary to give the HiLux the same responsiveness it had when it rolled off the factory floor. A set of 4.1 gears makes turning the 33-inch muddies easy, especially since they are wrapped around a set of light, yet extremely tough 17×9 Fuel Boost alloys.

Having spent some of his younger days riding Motocross, the ‘Lux is still asked to tow from time to time. Though the re-gearing has helped when towing, the biggest improvement has been courtesy of the HKS piggyback ECU. Reliability was high on his priority list, so opting for a conservative kW increase of 50% and nearly double the Nm has kept the HiLux reliable for both everyday driving and hauling around a trailer full of bikes on the weekends. Improving fuel economy has been an unexpected bonus. A heavy-duty clutch was necessary to transfer the new-found torque, and an In-House Fabrication airbox paired with the Buds four-inch stainless snorkel provides plenty of air to the D4D donk.

The tray fits well over the rear wheels, as the chassis has been bobbed down a few inches and the towbar repositioned as far back as possible. Compared to other models, the departure angle is improved, reducing stress off-road for both Rayden as a driver and the chassis, so it isn’t tempted to snap. Consequently, this has slightly reduced tray space, but that just means packing smarter. Dual awnings create extra useable space outside the canopy, and LED camp lights make setting up at night enjoyable. A 95-litre Companion fridge is powered by the dual-battery system housed under the bonnet. Moving forward, there are plans for a dedicated solar set-up with a third battery under the tray to power the fridge and de-clutter the engine bay. The clean look continues in the cab, with switch panels and matching rockers to keep everything tidy and the Outback roof console giving that little bit of extra storage space up high.

FUTURE PLANS
With the end goal being conquering Cape York and crossing the Simpson Desert, an under-tray water tank will prove a useful addition, soon to fill the space next to the 120-litre long-range fuel tank. A rooftop tent may take up some space on the roof racks to avoid becoming croc-bait up in the top end, but with all the other storage space, that shouldn’t be a problem. The story behind this ‘Lux should serve as a reminder to us all: get out and enjoy what we have, while we can, because you never know when your luck can turn! 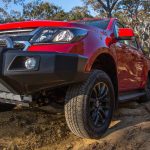 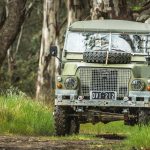