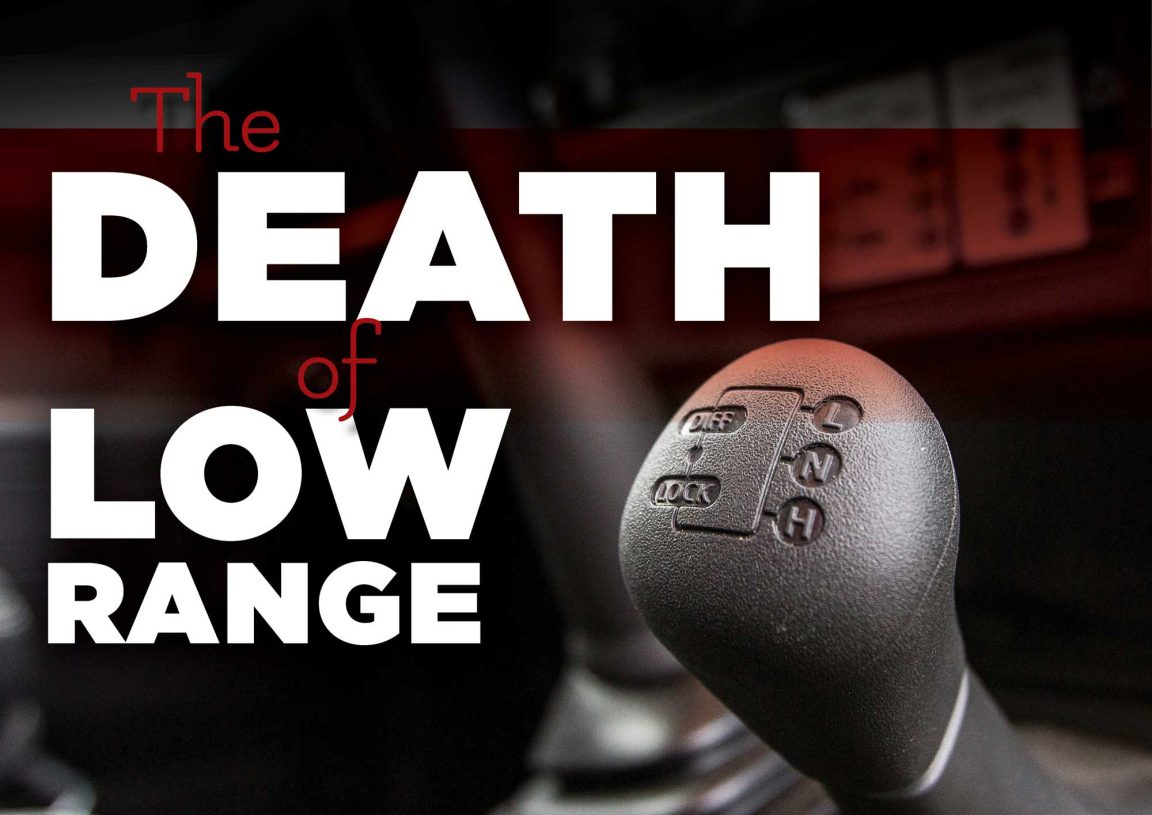 Have you really thought about why we have low range? It’s only ever been a workaround.

Up until recently low range has been the defining characteristic of an off-road vehicle as it’s a simple yes or no; and every serious contender has had low range. Yet unlike basics such as ground clearance, low range has only ever been a workaround – designed back in the days of weak engines and three or four speed manual gearboxes. Technology moves on, and like so many automotive design features such as live axles, low range will soon become a thing of the past because it just won’t be necessary. If manufacturers can save the complexity, weight and cost of a transfer case they certainly will – especially in this day and age when there’s such a focus on fuel efficiency.

There are several trends that are heralding the demise of the transfer case. One is stronger engines. We’re seeing power and torque out of 2.0L diesels that would shame an older, large-displacement V8; combined with sophisticated electronic controls, multi-stage turbos and injection systems that eliminate turbo lag. Then there’s gearing. Nine-speed autos are unremarkable, and large numbers of ratios mean you can have a lower first gear and higher top gear than ever without leaving big gaps in the intermediate ratios. Jeep’s Renegade Trailhawk actually pulls away in the second of its nine gears most of the time – and by the way, that vehicle doesn’t have low range despite a prominent ‘LOW’ button on the dash. On the engine-braking front we’ve now got electronic hill descent systems that work very effectively and do a better job than actual engine braking could hope to achieve.

These reasons are why the VW Amarok 8-speed automatic doesn’t have low range, and it’s making 4WD clubs rethink their ‘only low range’ rule. There’s also the Range Rover Sport which now, mostly, doesn’t have low range; and the new Discovery in some variants won’t have a transfer case either. And I’m writing this in a cafe in northern Victoria, on my way back from the Murray Sunset where I’ve been driving a Jaguar F-PACE in sand. It did extremely well, powering up dunes that I’d use low range for in my Ranger… the Jag was in second gear and pulling strongly.

Yet as of early 2017, low range isn’t dead. I’ve driven both the Amarok and Rangie Sport off-road; and while they’re good, they aren’t as good as the equivalent vehicles with low range. Yes, hill descent control works… but with a heavy vehicle down a long, steep hill it can overheat brakes. Yes, there’s plenty of torque… but low range offers even more, and the torque convertor doesn’t need to work as hard. Today, the low-range vehicle is still that bit more capable, and does the job that bit easier. But that’s early 2017. In the next couple of years we will certainly see the beginning of the end of low range and that will be when, not if, hybrid electric 4WDs enter the market. I wrote recently that Diesel is Dying, and that’s becoming truer and truer every day.

Enter electric hybrids, and just look at what’s happening in the sports car world. Honda’s new NSX supercar has a petrol engine, and no less than three electric motors; one to co-drive the rear wheels, and one for each of the front wheels. Yes, that’s IWD (or individual wheel drive) which when applied to off-roaders means that we’ll get traction control systems better than ever – able to go from a fully-locked differential to open and everything in between; and even skid steer with wheels on an axle turning in opposite directions.

Engine braking will also be solved by hybrid drive, as the electric motor can (in effect) be reversed and become a generator – giving you all the braking you’d want. If you’ve ever driven an electric car like a Tesla or even a hybrid like the Prius you’d know how that works. The hybrids would also be able to drive the wheels very slowly downhill, instead of braking them. I don’t know when the first serious 4WD petrol electric hybrid will arrive. The sports car world is way ahead with the P1, La Ferrari and Porsche 918 already here, and the new Toyota Supra to follow. There are a couple of decent 4WD hybrids – for example the Range Rover Sport Hybrid. But that won’t run in electric-only mode in any off-road setting, and it’s really just some electrics bolted onto a diesel-engined design.

What will be the killer for low range will be the ground-up, purpose-designed petrol-electric hybrid 4WD. Not only will that vehicle signal the end of diesel, it’ll kill the transfer case too. As ever, it’ll be less driver involvement, more automation and more capability. Your future is arriving… quietly. 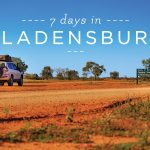 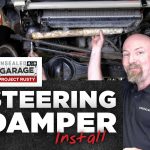