Ford’s F150 Raptor has sat on the throne of go-fast off-roaders for over a decade. When it first hit the market there’d never been anything like it. Free-revving V8 grunt. Huge off-road tyres. Long travel suspension. And street bred that’d earn it respect on any road in any country. It was all alone in a class it invented. That was until RAM unleashed their insane TRX 1500 featuring a stonking supercharged V8 with 702hp. With the Raptor now sporting a 450hp twin-turbo V6 it made the fine folk at Dearborn Michigan more than a little nervous.

But not for long…

The TRX 1500 may not have the off-road prowess of the Raptor, but that oh-so-cool blown Hellcat V8 sure was enough to sway more than a few customers away from the blue oval. Overnight Ford announced they were punching back with a flagship supercharged V8 of their own, the Raptor R. While the V8 rumble is enough to tell you the Raptor R is a step above the standard Raptor, there are a few other clues. The most obvious is the aggressive bonnet bulge, the blacked out hump freeing up some much needed room for the supercharged 5.2L ‘Predator’ V8. The rest of the exterior changes are rather subtle. Unique orange R logos, a graphics pack, and a pair of genuine Recaro bucket seats visible through the windows are all that give the game away.

So what’s under the bonnet?

Despite the current EcoBoost twin-turbo V6 offering a decent 10% increase in horsepower over the original 6.2L V8, it paled in comparison to the 702hp Hellcat in the TRX 1500. To fight fire with fire, Ford plucked the mighty supercharged 5.2L V8 from the Mustang GT500. In pony configuration it pushes out a TRX killing 760hp and 847Nm. Ford have made some tweaks to the superchargers pulley. Low to mid range torque have been improved as a result making for a more drivable 4X4 but it has had some consequences. Despite the TRX pushes out 702hp, the Raptor R ‘only’ pushes out 700hp. Surely Ford could have sacrificed a minuscule amount of low-down grunt to pip Ram at the post right?

While officially Ford may have settled on 700hp because of drivability, there’s arguably a more tactical reason. Stellantis, the company behind Ram, are absolutely insane. In the best possible way of course. They’ve rebuilt the reputation for Dodge on the back of absolutely bonkers V8 engines, and they won’t be bested. If Ford had bumped the Raptor R to even 703hp there’s every chance Ram would respond with something significantly closer to 1000hp, and that’s a fight Ford don’t have big enough guns to win.

It ain’t that simple

You can’t shoehorn in a significantly heavier and torquier motor and expect to have trouble free motoring, especially when that motor bumps power up by 55%. To ensure the Raptor R stays trouble free after 700hp jumps they’ve made significant changes to the driveline. A heavy duty front diff housing, a large diameter alloy front shaft was required, and a special tune in the torque convertor to handle the extreme loads. If this all sounds like your kind of party, expect to reach DEEP into those pockets. The Raptor R adds a huge 52% price increase stateside over the standard V6 Raptor. With Aussie Raptors well over $200,000 you can expect the Raptor R to be north of $300,000 if it ever makes it down under.

See the Ford Teaser here
Read Next: Can the TRX take down the Raptor? 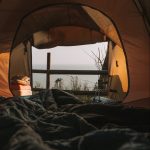 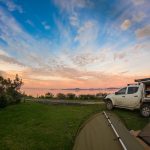