Hi, my name is Dex, and I’m a Gearhead.
Nope, not into drugs; I’ll leave that to the politicians, people who wear yoga pants when they shouldn’t and professional rugby league players. I mean I would literally rather be working until 3am on my project car in my grinder-dust encrusted, weld-smoke-filled, bearing grease-caked shed than go to a pub with my mates… which, now that I think about it, is probably why they don’t call me that often these days.

Show most folks an old rusted-out bomb of a car and they’d probably start thinking about when they had their last tetanus shot and what excuses they may be forced to make so that they won’t have to actually touch it. Gearheads would immediately start thinking how to jam a V8 or turbo-six in there, some proper suspension and where they’d need to reinforce the chassis with plate to handle the abuse. After about three seconds I’d have it built, a (usually laughably small and unrealistic) budget sorted, and have progressed into picturing me driving it at high speed with a grin on my face that’d make The Joker from Batman jealous. It’s a sickness.

Interestingly, Gearhead numbers are growing. Where we were traditionally comprised of oil-stained recluses seeking refuge in our sheds spinning spanners so we wouldn’t have to actually talk to anyone, our numbers are somehow rising. We’re like zombies… we are multiplying faster than ever before thanks to the Internet, the popularity of ‘car building’ shows (most of which are a complete waste of time, let’s be honest) and the easy availability of things like welders and plasma cutters. But instead of wanting to eat brains and inspire terror, we want to throw silly engines into engine bays that were never designed for them and turn boring vehicles into adrenalin-pumpers. Come on, there’s a small part of you that wishes there was a twin-turbo V8 instead of that four-banger in your daily driver, isn’t there? You can tell me…

Here’s a little test for you. Next time you’re around a group of friends, start throwing a few phrases around. “Hey, do you guys reckon Duramax and Allison combos are still overpriced?” or “I’ve been thinking about LS-swapping my Suzuki Jimny, thoughts?” or “What are the pros and cons of Superflex arms versus a front 3-link in the front of my Patrol?” Then sit back and watch. These are classic Gearhead triggers. One or two of your friends’ ears will prick up and in a flash that zombie-look will disappear from their eyes and they’ll become more animated than Roger Ramjet after accidentally ingesting too many Proton pills. They’re the Gearheads of your group. Stay close to them because they can help you fix your car.

And I don’t have a problem with that.
Dex 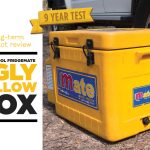 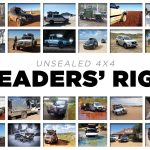