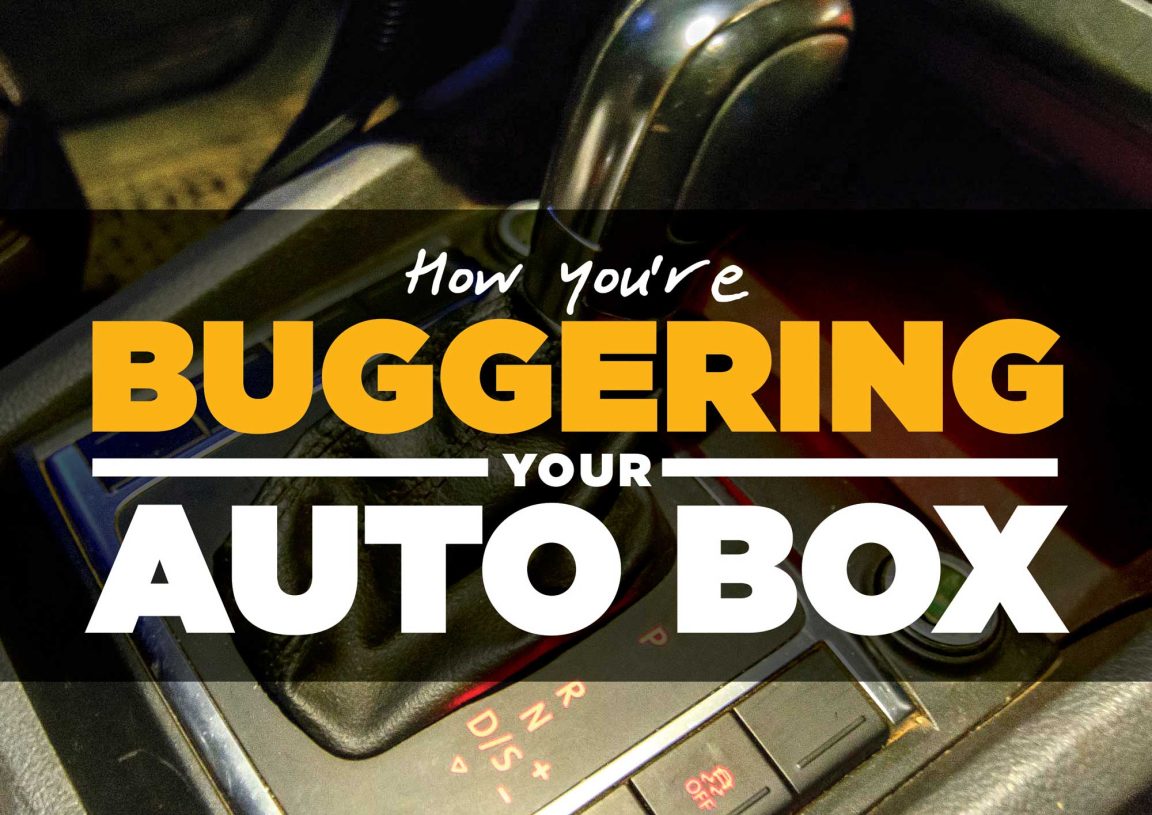 Want to find out exactly what makes autos so good off-road and how you’re probably killing yours? We have a chat with one of the best in the business…

First, we need a refresher on how autos work. It’s no secret these days that autos are vastly superior for off-road work, but have you ever wondered why people are willing to spend $20K+ to retrofit an auto into their 70 Series? The torque convertor (or stall convertor) is that very reason. Transmission manufacturers have come a long way since the three-speed slush-box that was in your Granddaddy’s F150. Cars are making more power and using less fuel with the modern-day technology that has been crammed into the new-school boxes.

So how does this torque converter thingy work?

The name is pretty self-explanatory; it converts the torque, or rotational force of the motor’s crankshaft, and transmits it through to the driveline. The principals of a torque convertor have been very similar over the years with only the ‘features’ and refinement changing.

The convertor works a lot like a clutch in a manual. A clutch is a ‘mechanical’ engagement whereas the torque convertor uses a fluid engagement. It is simply a fluid coupling; the fluid inside the convertor is pushed outwards through internal fins by the spinning engine, which in turn engages the transmission and drives the vehicle. This slip will occur until there is a 1-to-1 lock with the RPM of the engine.

So how does the torque convertor help off-road?

The torque convertor effectively gives you infinite gear ratios lower than the gear you are in. It’s basically a giant low-range gear. As I said before the clutch in a manual performs similarly to the torque convertor in an auto. To take off, a clutch slips until it is engaged. Well, off-road you may regularly need to slip that clutch (technical rock driving comes to mind); and when that happens, I’m sure you can see the dollar signs. An auto will slip all day, every day without doing damage. The only side effect is heat – which in a modern vehicle has been largely overcome by good cooling systems – and when it all gets too much the vehicle may limit power or just ask you to let it cool down.

So think of that last super-steep climb you did with opposing wheel holes. In your manual you would have approached the hill, then when you hit the wheel holes and lost traction and forward movement, you had to use the clutch to stop on the hill then slip the clutch gingerly as you took off trying to maintain traction. Well an auto does that simply by slipping via the torque convertor.

Once the engine reaches this 1-to-1 RPM ratio with the transmission, it is then time for the ECU or TCU to consider if it will lock the convertor to the engine mechanically. A number of parameters such as wheel speed, throttle percentage and engine load are considered; and once the ECU/TCU is happy with this it will lock. The reason however is always the same – to stop slipping which reduces heat and improves fuel economy.

To give you an example of the varying transmissions, the 8-speed auto found in the Amarok will lock up in every gear, whereas the 200 Series LandCruiser runs an older style that will only lock up in the 5th and 6th ‘cruising’ gears under light throttle – a known weak point on the beast (but easily fixed).

But there is no engine braking – Well that’s because the torque convertor in that vehicle doesn’t lock up in first gear. Aftermarket kits for the 200 Series (and many other vehicles) exist that will lock up first gear and use engine braking to the point of stalling your vehicle.

Autos are expensive to fix – Yep, they probably are; but so is that common-rail diesel motor that’s driving it. If we lived by that motto we would all still be driving around in old mechanically-injected diesels with three-speed manuals… not that there’s anything wrong with that – some people still sport mullets.

If you haven’t driven an auto off-road, then I suggest you do. They are less fatiguing for the driver, smoother for your passengers and make driving that rig around town much simpler. Yep, they won’t suit everyone… but neither do mullets.

Wait, what do you guys know about it anyway?

Fair call. To answer some of the more common questions about autos, how to beef them up, what goes wrong with them and why they’re actually better than manuals nine times out of ten, we spoke to Rodney Hudson-Davies from Wholesale Automatic Transmissions. This bloke has probably forgotten more about autos than most will ever know, so we tend to listen when he starts talking technical…

What’s the number one thing someone can do to stop them from killing their auto transmission?

We are all too complacent about our automatic transmissions. They are often treated as ‘out of sight, therefore out of mind’ but this simply isn’t the case. There is a lot that you can do to prevent over-stress and imminent failure simply by getting yourself a quality temp gauge kit and taking note! Over a period of time you will quickly learn what your transmission does and doesn’t like. In fact, you will get so good at it you will be able to predetermine what temperature your transmission will get up to under certain conditions and know when something isn’t right and take action. Better still, the temp gauge will tell you if your efforts are in the right direction rather than you having to guess. You will then realise just how hard you have been on the transmission all this time, and what things you could have done differently if you had known.

Does towing place the trans under increased stress; and if so, is there anything we can do to avoid damage?

It doesn’t take rocket science to know that towing puts an incredible strain on the transmission… but it’s not the only thing that does. Everything you do adds more strain. Larger tyres, lift kits, bullbars and so on. Some items are simply due to the extra weight while tyres are due to a greater diameter and lift kits due to increasing the vehicle’s bow wave through the air. Most of these do two things: Increase fuel consumption and add strain to the vehicle’s drivetrain. But there is an answer to both the fuel economy and transmission capabilities with a little line-up called ‘Nomad, Lock-Up, Cooler and Temp’… read on!

What about driving mistakes – is there anything we do behind the wheel that’s putting the box under unnecessary pressure?

There are three things that come straight to mind. First is driving in soft sand in high range – a Big No No! All too often we meet people who are reluctant to put their vehicle in low range and let tyres down before heading out over soft sand; and trust me, it doesn’t take long for the transmission to overheat if left in high range. In just a few minutes it can all end in tears, so don’t get caught out! Second is not manually changing to a lower gear when towing uphill. It is far better to change to a lower gear and bring the rpm up to take the load off the transmission, just like you would in a manual. This also minimises heat build-up and you will gain line pressure. The third thing isn’t really a driving mistake but rather a maintenance oversight: There is no such thing as a sealed transmission. All automatic transmissions can and must be serviced every two years or 40,000km; and don’t let anyone tell you any different.

When it comes to aftermarket coolers, are they worth installing or are they a waste of time?

What about lock-up torque converter switches – what advantage do they offer 4WDers?

A lock-up kit gives the driver full control of the torque convertor. This does two things; first it gives you 100% full and complete engine braking on all downhill descents, both on-road and off-road, on command. This is perfect when towing on-road and off-road and while in low range. Secondly, a lock-up kit will give you far better fuel economy when towing – simply because it eliminates all slipping within the torque convertor. These fuel savings can be as little as 1L/100km while towing and as much as 2L/100km, depending on the driver. And remember, no slip equals less heat. You can learn to control the transmission heat with the same lock-up kit – so think of it as the ultimate aid when towing.

How can upgrading the valve body increase performance for towing or touring?

Heavy Duty Nomad Valve Bodies are all about upgrading your automatic transmission to the Australian way of life. When 4WD vehicles are built they are made for a worldwide market; and let’s face it, as we look around the world we are certainly the hardest on our tow vehicles. In fact, in most countries they are never used for towing or carrying heavy weights – they are simply used for their 4WD capabilities and nothing else. But Nooo! Not us here in Australia, we tow large things. Not to mention all the extras we bolt on including larger tyres and engine upgrades. All of these things work against the transmission’s factory calibrations. The Nomad valve body overcomes all of these obstacles including a few known factory hiccups and then goes on to give you 1L/100km better fuel economy, better oil flow through the oil coolers and greater clamping load to the transmission’s clutches – making the transmission reliable (and I mean reliable in the eyes of the towing world). Simply put, the Nomad Valve Body is arguably the best upgrade available for your automatic 4WD. 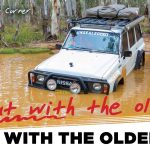 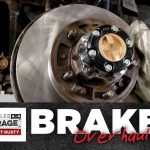