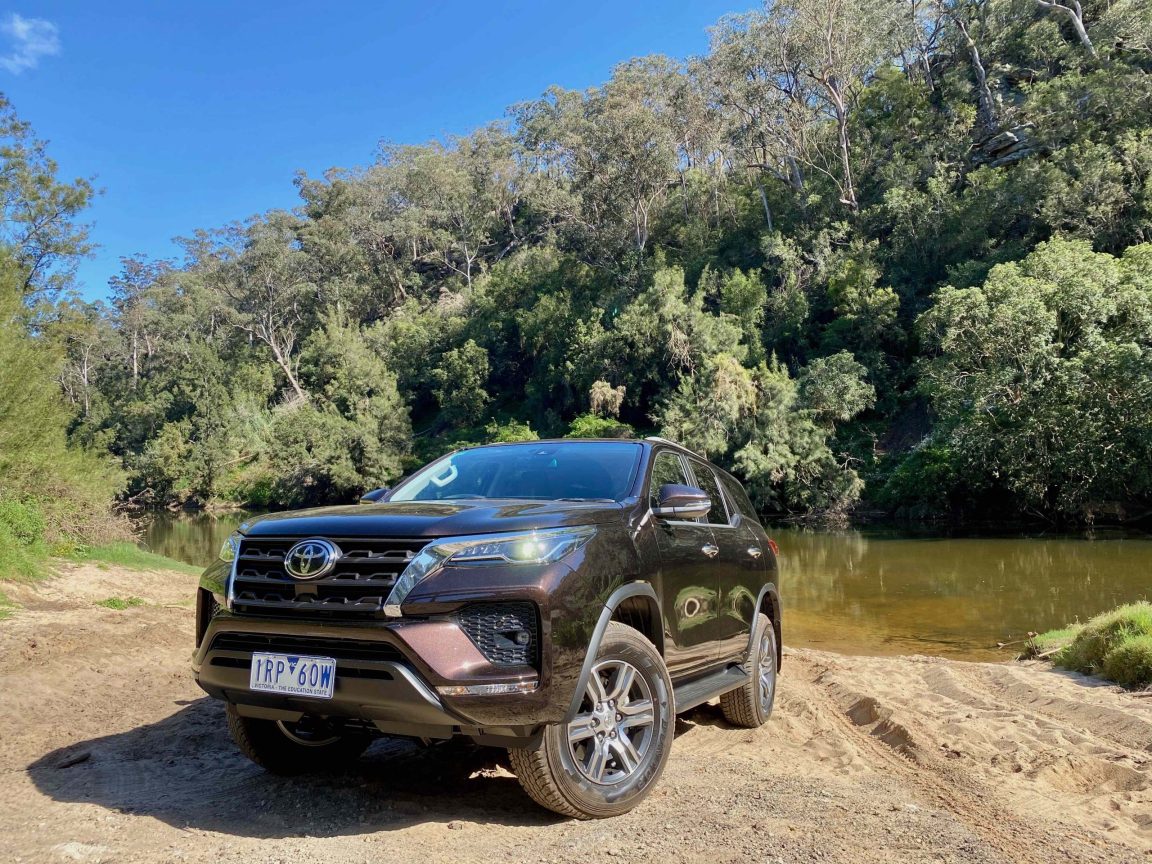 The 2020 Toyota Fortuner has scored revised styling, a more powerful engine and a price increase. We get behind the wheel to see if it’s worth the extra money…

Why we’re testing it

The 2020 Toyota Fortuner range has recently been updated, just like the revised HiLux, and its 2.8L four-cylinder turbo-diesel engine now makes a claimed 150kW at 3400rpm and 500Nm from 1600-2800rpm. In the Fortuner, the engine is mated exclusively to a six-speed automatic transmission, with a part-time dual-range 4×4 system, electronic traction control and a locking rear differential.

As well as improved performance, Toyota says the revised engine results in an 11.6 per cent improvement to the combined cycle fuel figure, which is now 7.6L/100km. Way better than the 10L/100km we achieved on test.

Minor styling changes distinguish the new Fortuner from its predecessor, including a larger black grille, a restyled front bumper and slimmer bi-LED headlights.

The model tested here is the Fortuner GXL equipped with a $2500 option pack that includes leather-accented seats and eight-way power adjustable front seats, and premium paint at $600. Price as tested is therefore $57,450 plus on-road costs.

Settle into the front seat and you’re presented with power adjustment and tilt and rake adjustable steering so it’s easy enough to find a comfortable seating position but, personally, I found the driver’s seat lacking lumbar support.

Primary controls are in easy reach and the return of volume and tuning knobs to the sound system is welcome. Some secondary controls, like the ‘TC off’ and ‘diff lock’ buttons, are oddly positioned behind the gear lever on the centre console, while you have to go hunting low on the dash for the ‘idle up’, ‘parking sensor’ and ‘DPF regeneration’ buttons. The bigger 8-inch colour touchscreen is bright, and the reversing camera offers a decent view and guidance markers. The new speedo and tacho gauges have a satin finish and are hard to read in direct sunlight but the multi information display offers loads of useful info and is easy enough to navigate via steering-wheel buttons.

There are loads of storage options including a double glovebox, a smallish centre console bin, door pockets with bottle holders and cup holders on the dash and on the console.

The second-row seat offers reasonable width and generous legroom. It has a 60:40 split with a fold-and-tumble design, and there’s a centre armrest with a pull-out cupholder. Occupants in the second row are afforded vents in the roof, coat hangers on the back of the front seats, door pockets with bottle holders and a 12V power outlet, but no USB port.

Access to the third-row seats is reasonable, especially from the passenger side which offers the 60 per cent split. The seats fold down from the sides of the cargo area, but first you have to pop the tailgate and pull out a locking mechanism and unclip a Velcro tether. Once in place, the two back seats are really only suitable for small kids – there’s not much legroom back there. They score vents in the roof but accessing the 12V power outlet in the corner of the cargo area won’t be easy once both seats are set up.

With the third-row seats folded up again, there’s decent space in the cargo area, and even more with the second-row seats tumbled forward, but the floor is not flat… and, oddly, there are no cargo tie-down hooks.

The quality of the trim and materials is decent enough, and the leather finish on the seats gives an air of luxury, even if the lack of spec (there are plenty of blank switches) does not.

The Fortuner is a handy-size vehicle around town; it’s much easier to live with day-in and day-out than a dual-cab ute, for example. It’s overall dimensions and good turning circle mean it’s easy to manoeuvre in tight spots and overall visibility from the driver’s seat is good. It also has plenty of grunt down low for stop-start traffic and ride quality is good over a variety of surfaces.

The good news continues on the open road where the Fortuner’s revamped engine offers plenty of poke. It’s not the quietest diesel engine around but noise isn’t excessive either. The six-speed auto is a smooth shifter and has a good spread of ratios that are well mated to the torquey character of the engine. There are three transmission modes – eco, normal and sport – and these can be selected via buttons on the centre console. The sport mode quickens up shifts and lets the engine rev a bit harder. Alternatively, you can shift gears yourself via the gear lever or paddles on the steering wheel.

On-road handling is predictable, and the hydraulic power assisted steering offers good weight and feel. Body roll is well controlled when cornering and while the suspension initially feels a bit firm, even jittery, over smaller bumps, it is compliant over big bumps.

When cruising on the freeway, the radar cruise control does a good job of maintaining set speed, even when driving up and down hills. The lane-departure assistance is equally effective at its job, even though it relies on braking pressure to prevent you straying out of your lane; it can be switched off via a button on the steering wheel.

Other stuff we like about the Fortuner on the road includes the very effective Traffic Sign Recognition, the comprehensive multi information display, the addition of Apple CarPlay/Android Auto and the low NVH levels when cruising at part throttle. 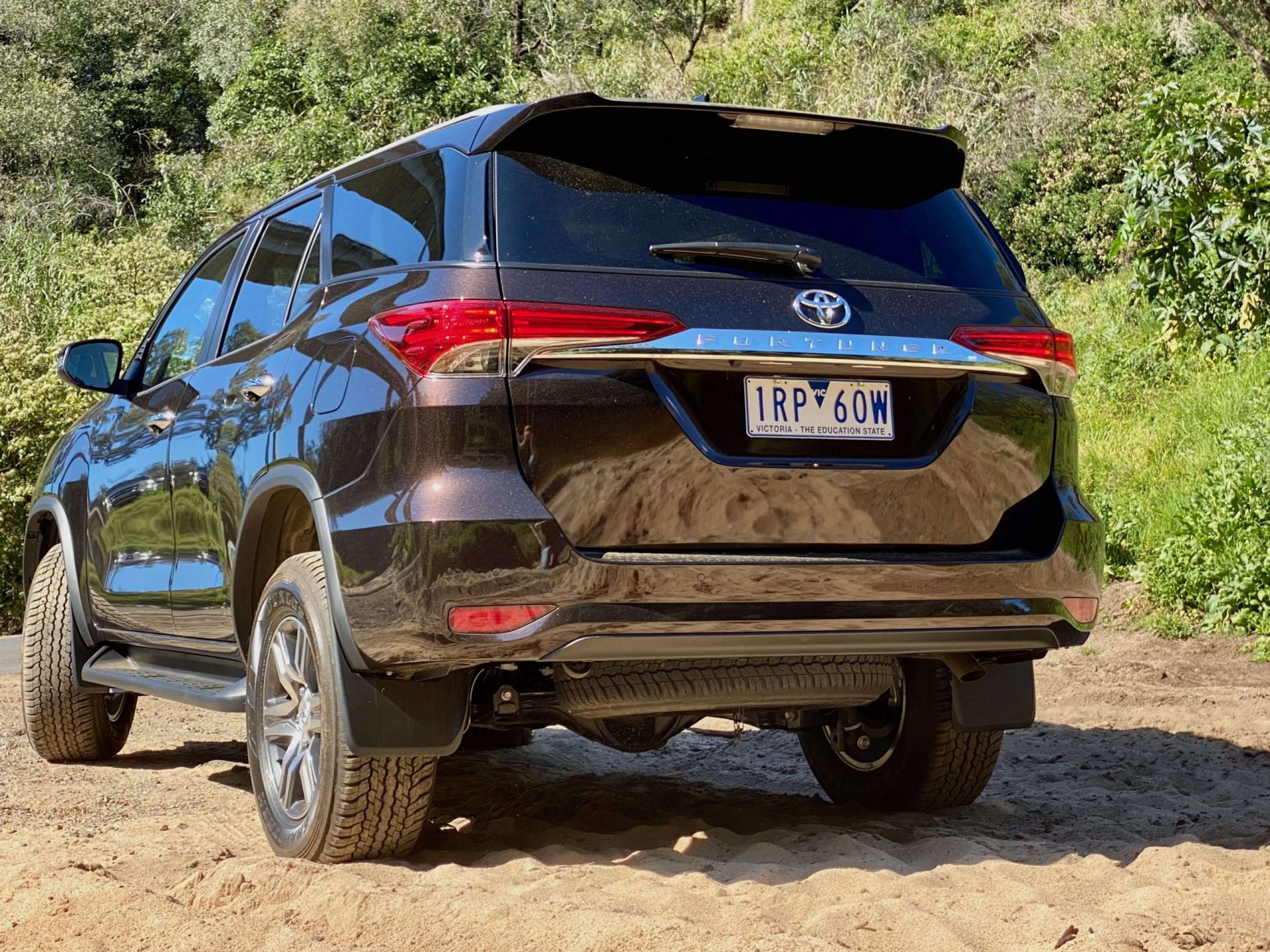 Other than a bit more torque down low, the Fortuner’s off-road performance is pretty much the same as it always was, which is actually quite good. The electronic traction control is very effective, and the inclusion of a standard rear diff lock helps in certain situations, although engaging it turns off the traction control. Rear wheel travel is acceptable and off-road angles are good.

There’s plenty of space in the engine bay for those who want to add an auxiliary battery, the engine sources its air from high up in the inner guard and the alternator is positioned above halfway height. Oh, and there are recovery points front and rear.

The 2020 Toyota Fortuner is equipped with Advanced Toyota Safety Sense technologies. These include pre-collision with pedestrian (day and night) and cyclist (daytime) detection, lane-departure alert with steering assist (via the brakes), and active cruise control (with adjustable distance to the vehicle in front).

The new Fortuner’s headline act is its more powerful turbo-diesel engine. Of course, there are several other upgrades too, but they all come at a cost. And Toyota will no doubt be closely looking to see how the price increases affect Fortuner sales, especially as this is one 4X4 in the manufacturer’s line-up that doesn’t sell as well as its direct competitors.

The Fortuner is a refined and off-road capable seven-seat wagon, but there must be a reason it sells in much smaller numbers than its direct competitors – in the first nine months of 2020, Toyota sold 1668 Fortuners while Isuzu sold 4592 MU-Xs, Mitsubishi sold 3982 Pajero Sports and Ford sold 3581 Everests.

Sure, the MU-X and Pajero Sport are cheaper than the Fortuner, but the Everest is not, so you’ve got to ask yourself why 4X4 wagon buyers aren’t flocking to the Fortuner. Of course, one reason could be those who want a Toyota 4X4 wagon are just buying a Prado instead… and Toyota has sold a whopping 9905 of them so far this year. 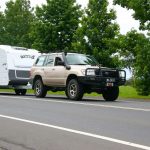 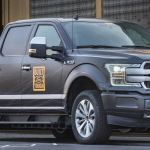