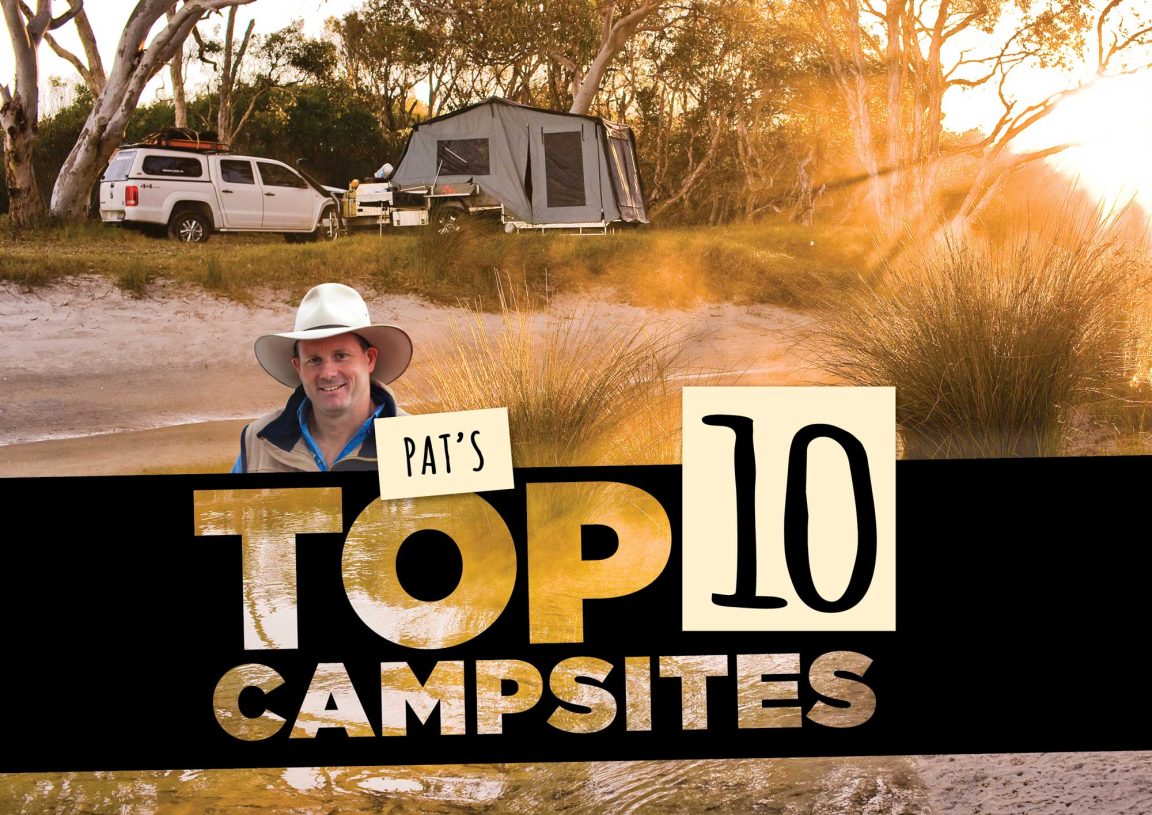 One of the best things about shooting the TV show in Australia, is that there is literally tens of thousands of fantastic campgrounds to choose from. Beaches, mountainous regions, lakes, rivers, deserts – you name it, we have it in spades here in this neck of the world.

I’ve been a 4X4 adventurer for as long as I can remember too, so after getting out and experiencing just about every off-road destination in the country over the past decade of filming, you can imagine I had a hard time whittling down my favourite campsites to just ten.


I’m sure I don’t have to really tell you this, but Fraser Island is simply a phenomenal place to spend a few days. However if you visit in peak season you’ll likely be sharing the sand with a bunch of backpackers with very little off-road experience and even less common sense.

Here’s a bit of a tip for you. The backpackers in their rental vehicles are not allowed north of Champagne Pools, so I love anywhere north of Orchid beach. This section of the island, to my mind, is for the real four-wheel drivers. The crowds die off, the terrain gets even more challenging, and you’re rewarded with some great campsites, awesome ocean life (make sure you bring a rod!) and blissful isolation. Perfect.

This is remote touring at its best. And to make it even better, there are so many idyllic campsites dotted right along the track. Don’t worry about being disturbed though; we didn’t see a single vehicle coming the other way over the several days it took us.

Setting up the camper among the spinifex, nestled between a couple of dunes, and overlooking a couple of ghost gums – this is the real Australian Outback.

Come on, you didn’t think I was going to ignore the Cape did you? Look, there’s about ten thousand magical camping spots up at the Tip, so I’ll give you one that I reckon goes a bit overlooked. Vrilya Point is actually on the western side of the Cape, which gives it a terrific natural advantage. You see, the east coast gets pretty smashed by the wind, but over on the west, it’s a lot more sheltered, and the fishing is pretty great too.

Way up the top of WA, just north of Kalumburu is a little spot that’s an absolute pearler. Honeymoon Bay is protected, isolated and accessible via a sandy track that can get a little soft at times (I actually had to pull a bloke out when I was last up there), but is fairly easily handled if you’re running the right tyre pressures and are confident on the sand. Bring your snorkelling gear to this one folks, you won’t regret it.

Nestled in the Flinders Ranges is the Arkaroola Resort and Wilderness Sanctuary, which I reckon has some of the most epic off-road driving and scenery anywhere in the country. It costs $25 per night for two people in a vehicle, and it allows you access to the entire property, which is huge and has countless campsites with views that’ll blow your mind. There is heaps of other activities available too – I highly recommend taking one of the chartered aerial tours the resort offers, it’s simply an amazing environment and the view from the air will stay with you forever.

This one is not exactly difficult to get to – it’s an easy weekender out of Sydney. It’s part of the Capertee Valley and is easily accessed via a shallow (depending on the rainfall in the area) water crossing and there is a huge amount of space to set up which is great for camper trailers.

The creek bubbles away, the tusset grass provides an almost alpine feel and having a camp oven feed straight off the fire is hard to beat I reckon.

I reckon one of, if not the best beach camps in the country can be found at Ningaloo Station over in WA. If you need more info, check out the next issue of Pat Callinan’s 4X4 Adventures magazine which will have the full article on this trip. But yeah, if you’re in this part of the world make sure you stop by and prepare to be blown away. It costs $35 per person for a week’s stay, and trust me, you’ll want to stay a lot longer than that.

Just outside of Innamincka is a campground that’s situated right next to a great big coolabah tree, famously known as the Dig Tree. This area is steeped in Queensland history, most prominently around Burke and Wills’ doomed exploration of the area in the 1860s. Despite the sombre past, the campsite that is there today is excellent. It’s right on the banks of Cooper Creek and is large enough that it doesn’t get too busy. The carvings on the tree are still extremely visible and it’s a top spot to spend a night or two when travelling through the Outback.

To be honest, there is no shortage of great Outback campgrounds. I remember a dingo stealing my son Angus’ boots from outside his swag at Palm Valley, and catching yabbies with my kids at a dam between Windorah and Winton. If you haven’t already, you need to explore the whole centre of our country. It’s an adventurer’s paradise.

PRETTY MUCH ANY DUNE IN THE SIMPSON DESERT

Speaking of the centre of Australia, I couldn’t not give the Simmo a mention. There is no bad campsite out here, but I remember one trip a couple of years ago. We were tackling the Madigan Line, which is about as remote a route through the desert as you can get. We’d just set up camp after a long day in the saddle, forging a path over trackless dune after trackless dune. The sun was setting, there was zero wind, we were literally smack bang in the middle of nowhere and I looked around and thought to myself: “Hell yeah, this is Aussie as!”

There are so many places to camp up here in the Top End that you could write a list of them and it would end up thicker than a phone book. This is real Crocodile Dundee country and while the 4WD aspect is not especially difficult, the remoteness and sheer uniqueness of the region makes it more than worth the trip. There’s just nowhere else on earth like it. Litchfield, Kakadu, Gregory NP and many others are all just begging to be explored.

One I remember is at the southern end of Kakadu, which is a little less well trodden than the northern part. At the end of a rough gravelly road is a little spot called Gunlom Falls. At first you think it’s just another waterfall (believe me, there are plenty of them up here), but take the steep hike to the top of the falls and you’re rewarded with you very own, croc-free, natural infinity pool looking out over the ancient land in front of you. Even better, there’s a great campsite not far away with BBQs, designated generator and non-generator areas and hot showers. 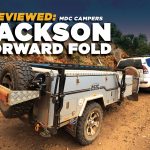 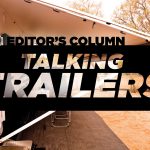