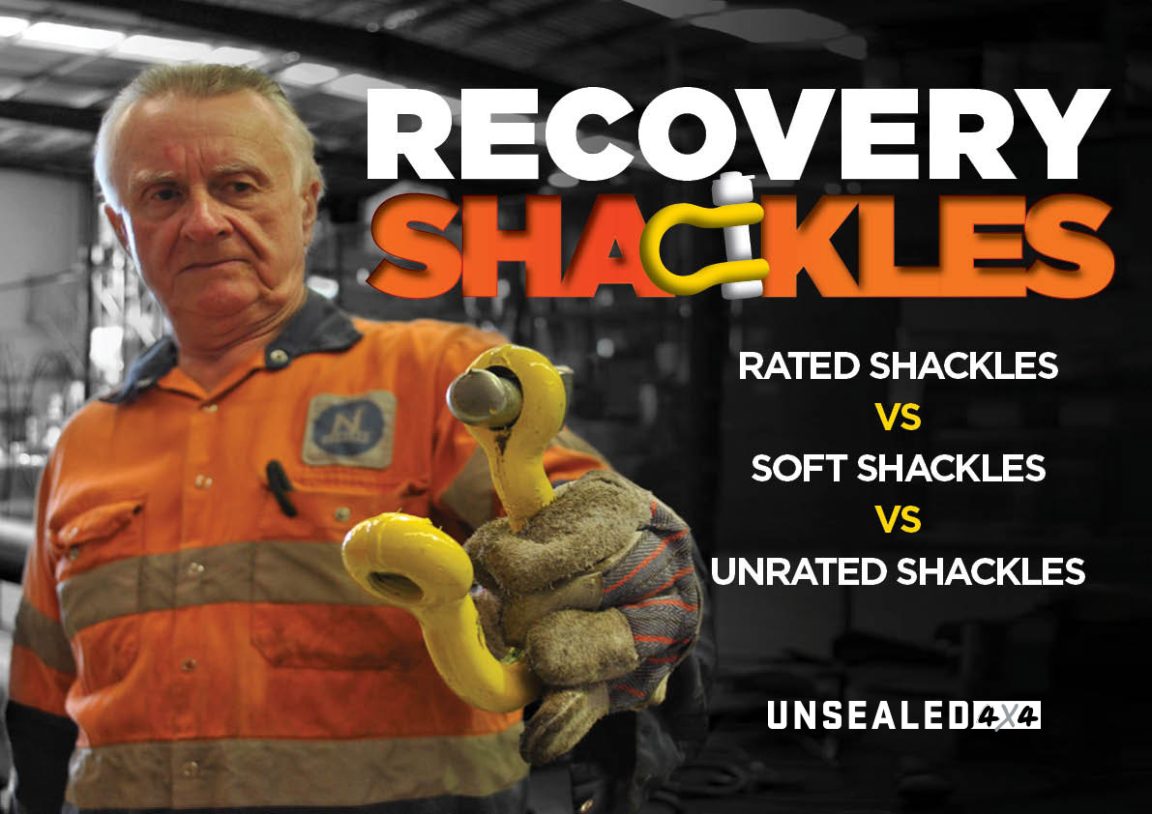 The lessons we learnt finding the best and safest shackles for four-wheel drivers!

Every four-wheel driver owns shackles; and if you don’t, go buy some after reading this article.
Be they the shackles that came in a recovery kit, a pair of newfangled soft shackles or even those flimsy hardware-store shackles clunking around on the back of your towbar. So we all know what they are, what they do and what they look like. But do we know what happens to them when they are pushed to their limits, or how much force it takes to physically break them? Well the good news is you are about to find out. And while I hate to get all click-baity on you, the results will genuinely shock you.

This was pretty simple, thanks to the NATA test lab we employed. The same lab which we used to destroy snatch straps back in Issue #12 of Unsealed 4X4 (CLICK LINK ABOVE TO READ THAT ARTICLE). They hooked up the shackles, which we purchased from four-wheel drive shops around western Sydney, to their hydraulic test bed and pressed the ‘go’ button until each shackle was sent into the great four-wheel drive park in the sky. With the soft shackles, we tested three of them to get a better understanding of how they work. One was on a sharp edge; another was on the same sharp edge but with a protective sheath installed; and the final one was tested on a round and smooth edge. This was done to emulate the effects of various recovery points available… and wow, the results were interesting.

COMMENTS: Just don’t even bother; these shackles are junk. We purchased the largest unrated shackle we could find on the shelf, and to be honest we were surprised that it took as much force to break as it did. We can guarantee that, in a shock-loading situation such as a snatch recovery, these shackles would crumble like cookies. I wouldn’t even use one to tie up my dog, especially when a good quality rated shackle is hardly expensive or difficult to find. By looking at the video, it is easy to see the thread starting to strip as well as the pin stretching to a point where it just popped out. A complete failure, basically. We have heard of people using these for all sorts of dodgy situations. Please… just don’t!

COMMENTS: While we weren’t out to test specific brands in this comparison, credit where credit is due: TJM knows how to make a good quality shackle. This unit broke cleanly and at much higher loads than the 4.75T stamped onto the body of the shackle. This is because it has been engineered with a safety margin; in this case 7.4 times that of the stamped rating. The shackle actually started stretching open whilst placed under load, which you can see in the video we included with this article. The thread didn’t strip, which is a great sign that this product has been well engineered. The end of the pin actually sheared before the thread stripped – which is evident with the small piece of pin stuck in the shackle. If you are expecting to find yourself in heavy-duty recovery situations, this test highlights the importance of GOOD QUALITY rated shackles. They work, class dismissed.

BROKE AT: 7.686 tonnes (on a sharp and square edge but with protective sheath)

COMMENTS: This was the test we were waiting for, putting these relatively new (to the Australian market anyway) soft shackles up against the hydraulic ram. We wanted to gain some real-world data here too, so we did three tests as mentioned. On the sharp edge, which is similar to what many bolt-on recovery points have, the shackle failed at 6.930T, well under the 8T rating; but this was due to cutting on the sharp edge, not the strength of the product. With a simple protective sheath slipped over it, and placed on the same sharp edge, it took an extra 756kg to break. So if you’re in the market for soft shackles, buy a set with protective sheaths. On the smooth round edge, the shackles well exceeded their rating – failing at 9.320 tonnes. I say ‘failing’ here, as they didn’t actually break. The knot in a shackle shrunk under load, causing it to slip through. With a new knot tied, the shackle was completely reusable without any signs of distress or heat fatigue. These soft shackles are a safe, and practical, addition to any recovery kit… if used correctly (and we can’t stress that point enough).

So, the hardware store unrated shackle? Yeah, next question… we’re not even going to discuss its performance. It (as expected) was woeful and should never be used in a recovery situation; or at all, really. Put it in the bin next to your kid’s Fidget Spinner… it may be the best thing you will ever do for your mental and physical health.

Up next, the rated shackle, which truth be told exceeded our expectations in terms of the load it took to break it. We were expecting the shackle to explode into a million pieces and go flying through the sky, but it didn’t. While the soft shackle broke at much less load than the hard shackle, when used correctly (not on a sharp edge) it is still a very good option considering its benefits. Think lightweight and repairable; and they float and store easily… you get where I’m going with this.

The verdict? I’ll stick with good quality rated shackles purchased from reputable four-wheel drive outlets personally. Having said that, I’m going to keep a few soft shackles too – because they certainly work when used correctly. The biggest lesson we can take away from this test is: If you do have recovery points with sharp and flat edges, soft shackles aren’t for you. 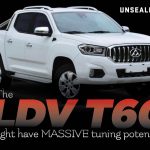 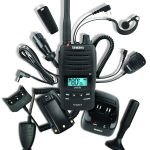