Once upon a time there was a huge public works called the Snowy Mountains Hydro Electric Scheme. The venue lived up to its name being horrendously mountainous, and when it wasn’t muddy or slushy, it was snowed in. Railways couldn’t go all the way, and somehow the materials and workers had to get to and around the construction sites.

From the start of construction in 1949, the vehicles of choice were the Dodge Power Wagon and the little Land Rover Series 1. The Brits were well known for not listening to their customers, yet the little 4X4 manufacturer couldn’t keep up with demand. Progress to 1959 when one of today’s construction giants, Thiess Brothers (now part of Leighton Holdings), were contracted to build some of the largest sections of the scheme. With Land Rover now unable to supply enough vehicles or improve their product, Les Thiess went looking for an answer … from Japan. Toyota were keen to enter the Australian market, however they met serious prejudice, and needed a well known local backer.

Thiess had already used a small number of FJ25 short wheelbase and FJ28 mid wheelbase LandCruisers in the Snowies, finding the six-cylinder petrol engine of larger capacity than the competition to be an advantage. Probably due to not having a low range transfer case and only three gears, Thiess only used them on the made roads, leaving the unmade road duties to the Rover and Dodge products. Thiess however saw the great arid regions of Queensland as the LandCruiser’s prime market –and that’s where ’Cruiser history was made.

Come 1960 and Thiess Brothers had 22 dealers appointed across QLD, and a major marketing campaign under way to sell the new LandCruiser, the now legendary FJ40. The 40 Series was the big start Toyota needed in Australia, quickly becoming the farmer’s friend and being utilised by mine exploration companies, geoscience agencies and seemingly everyone that travelled remotely!

Whilst the three speed gearbox was a carry-over from the earlier model, low range and a more powerful petrol engine were added. Various wheelbases and body shapes were eventually available such as the popular FJ45 wagon and FJ47 troopy, and from the mid ’70s a diesel engine was introduced (with BJ and later HJ as the model prefix), making it ideal for long distance travel.

In 1978 the Australian Army purchased a small number of HJ47 soft top utes to supplement its Land Rovers for remote work in the top end. Even the Bush Tucker Man, well known as a Land Rover devotee, used one in his earliest documentaries.

The FJ55 of 1967 brought some rudimentary comfort to the LandCruiser range, with a new four door body on an updated and lengthened chassis, albeit with the old 40 Series running gear. The late ’60s and early ’70s was an era when bus trips through Australia were popularised, and the early eco-tourism ventures ousted mining and logging from locations such as Fraser Island. Recreational 4X4 touring was rising in prominence, and magazines for four-wheel drivers were launched in the early-to-mid ’70s. It was none other than the FJ55 that Mum and Dad drove the kids all over Australia in.

The 55s had the 3.9-litre six cylinder petrol engine of the 40 Series, but no diesel or automatic transmission options. You don’t see many around these days!

Somewhat ironically, the 60 Series was introduced in the ’80s, though it still had 1960s era suspension technology, so maybe it wasn’t completely ironic… The 60 Series brought the option of an automatic transmission, air-conditioning, better ergonomics and saw the introduction of that lovely simple 2H and sought after 12H-T diesel engines. These days the Sixties are popular amongst the budget four-wheel drive crowd, as they are simple, robust and easily modified, yet comfortable enough to sit in half a day at a time. The Sixties are quite capable 4X4s, however the rear departure angle is somewhat awkward.

The last of the farm hacks, the rough and ready vehicle we all know and love today dates from 1984, with various iterations and improvements since. Ubiquitous to Territory Police, backpackers, mine sites and the United Nations, the 70 Series has endured longer than any other LandCruiser model, and the earliest examples are now suitable for Historic registration! With the 1HZ series of 4.2-litre straight six diesels, the 70 Series cemented its name in the reliability stakes. In the late ’90s the 70 Series gained a coil-sprung front end, and since 2007 have benefited from 4.5 litres of turbocharged V8 diesel music lugging them around.

The 80 Series brought a soft, rounded look to the ‘Cruiser, aimed at the road user more than the off-roader, yet with whole host of technological gains, most of which are good off-road too. Constant 4WD, fuel injection, even ABS and ai bags later in life. Creature comfort was again improved over the Sixty, and off-road capability took a step up too with the long awaited introduction of coil springs. The 80s are a great compromise; they have fairly simple mechanics with a minimum of electronics, whilst having good interior comfort. Pity about the fuel bill!

To some, the 100 Series is a poor advertisement for mid-life bloat. Bigger, heavier, more complex, and less capable – off-road at least. Thankfully, our market also gained the 105 Series, which kept the solid axles over the 100’s independent front end, but didn’t get the pick of the engines – the 1HD-FTE was reserved for the 100s only. The interior was upgraded from the 80 to compete with the European antagonists, and when combined with the on-road prowess it forms a great touring package.

The 200 Series has some of the most advanced technology seen on any Toyota off-road product, with the ingenious Kinetic Dynamic Suspension System (KDSS), developed here in Australia, keeping the wheels on the ground. Crawl, Turn Assist and Hill-start Assist Control further enhance the off-road capability.

The twin-turbo V8 diesel, peaking 195kW and 650Nm over a huge range of revs, urges the behemoth along with gusto. Unfortunately for those who prefer clutch pedals, the V8 diesel only comes with automatic transmissions. The V8 petrol is no slouch, either! 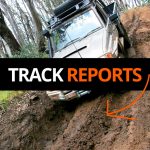 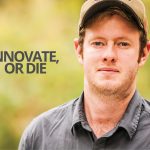