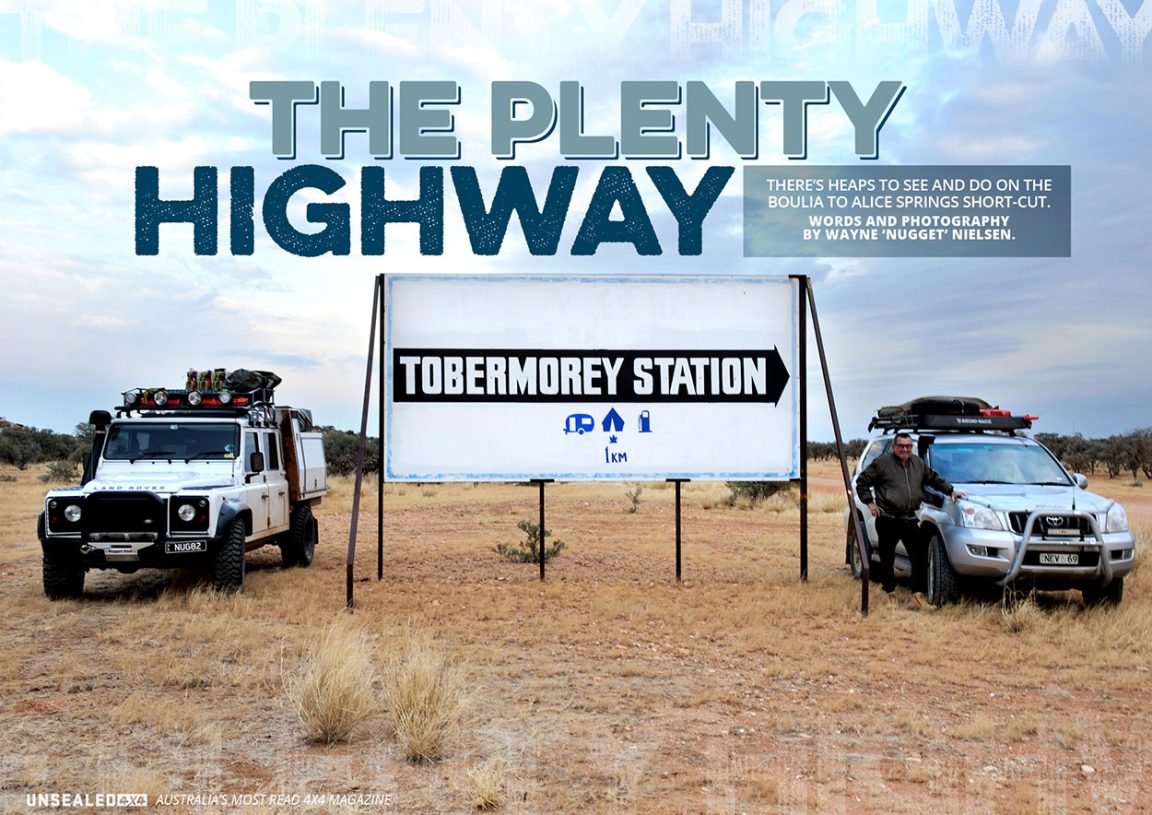 There’s heaps to see and do on the Boulia to Alice Springs short-cut.

WHERE: 498km from Tobermorey Station just inside NT, from the NT/Qld border to the Stuart Highway, north of Alice Springs.

INFORMATION: Access from the eastern end is via the Donohue Highway from Boulia or from Mt Isa via the Diamantina Development Road and the Urandangi-Mt Isa Road. From the western end it is a 68km trundle up the Stuart from Alice Springs, and then crack a right.

CAMPING: Plenty of bush camping along the track, or the formal campgrounds at Tobermorey Homestead, Jervois Station and Gemtree.

SUPPLIES AND FACILITIES: Major supplies at Alice Springs, Boulia and Atitjere Community; with limited top-up supplies at Tobermorey and Jervois Homesteads. Fuel also available at all of these locations.

TRIP STANDARD: Medium-difficult due to remote location and varying road conditions. Should only be attempted in reliable vehicles equipped for travel in remote areas. Can be done in a day, but best to allow 2-3 days to have a decent look.

BEST TIME TO TRAVEL: April to October provides the best temperatures for travel in remote regions.

To read this the way it is supposed to be read, the Unsealed way and complete with images, CLICK HERE.

Kicking off at Tobermorey Homestead just inside the Qld/NT border and slicing across NT to the Stuart Highway 68km north of Alice Springs, the Plenty Highway rips through some of the country’s most rugged and remote terrain. From Queensland to the Red Centre, 498km of dirt, corrugations and bulldust with the Simpson Desert to the south and the bulk of NT to the north … this track has ‘plenty’ to offer the traveller with a sparkle in their eye.

The Plenty was upgraded in the early 1960s on the NT side, from a cattle property track. Getting aboard from the Queensland end is done from either Mt Isa via the Diamantina Development Road and the Urandangi-Mt Isa Road, or from Boulia via the Donohue Highway. Either way it is Tobermorey Homestead that rolls out the red carpet to weary adventurers. Bigger than most European countries, Tobermorey Station stretches west of the homestead – taking up 1.5 million acres of prime Mitchell Grass Down country. 9,000 head of cattle receive water (liquid gold in the bush) via bores tapped into artesian basins. The homestead offers excellent camping. Fuel and minor supplies are available. The campsites are green and lush, in stark contrast to the surrounding countryside; and there are excellent amenities for those looking to wash some red dust from behind the ears.

Sitting around the campfire we had front-row seats to a bush butcher shop. A slaughtered beast was brought back to the homestead hung by chains around its rear legs, suspended under the highly-raised bucket of a front-end loader, ready to be cut up into country-size steaks. You don’t see this at your local Woolies!

The countryside got flatter and pretty scrubby as we headed west, with only the occasional conical hill or creek causeway giving relief to stretches of corrugations and bulldust. The road is maintained, so the recently graded sections can be quite good; whilst the older sections can be equally rough, pot-holed and corrugated. Certainly not a problem for 4X4s and even off-road camper trailers and off-road caravans – as long as a slower pace is used to avoid damage.

You can only wonder what the early pioneers went through to name Heartbreak Bore, but it is certainly worth a stop. Several different pump powering options have been trialled (as the old windmill is well past its best). A diesel motor has now been installed, complete with a 20L plastic container hanging from the rafters serving as a bushies’ fuel tank. Stock and a vast array of birds were benefiting from the water being pumped from deep below.

Giant termite hills begin to dot the landscape. One had a discarded tyre dumped on top – but undeterred the termites continued their work, encapsulating it into their home. Another, the big daddy, must be around five metres high – towering over us even when standing on the mudguard of the 130.

There are numerous camping options along the Plenty, with excellent bush camping as well as the more formal stops like the 2,750 square kilometre Jervois Station. The station’s camping area has lots of shaded spots, campfire pits, amenities and fuel; whilst Jervois has a surprisingly short history having only been taken up in 1960. There are also some very interesting old items on display including parts of a 32-metre-high Europa rocket, the largest launched from Woomera, which landed on the property.

North of and parallel to the highway, the Plenty River runs for almost 200km to Low Rock, although it’s generally not visible from the road. The Marshall River, which crosses the highway near Jervois, is a tributary of the Plenty River and runs into the dune country of the Northern Simpson Desert (where it simply dries out in a series of salt lakes).

Not surprising given the area has an average annual rainfall of 289mm and just 37 rainy days per year. As a result, don’t expect the rivers to be full and flowing … but when they are, be aware of road closures and the potential for being stranded.

We must have been lucky as recent rain had left some water on the road, which was a change from some of the bulldust sections we had been through. Never a dull moment in the bush. We were also privy to six wedgetail eagles having a meal on a ’roo carcass. Stealth has never been claimed by Land Rover as a Defender strong point – and only one eagle remained for the photo opportunity as we rolled in as inconspicuously as possible. It is however these chance meetings (that don’t happen in the local supermarket carpark) that make bush touring so much fun.

About 80km from Jervois Homestead the countryside changes as the spectacular Harts Range starts to fill the southern skyline. If possible, don’t miss the opportunity to call in to the Atitjere Community where there is an active art and cultural program with bush plant tours and local art on offer, as well as a store and fuel.

A little-known aspect of the area is its links to one of Australia’s first mining rushes. Explorer David Lindsay believed he had discovered much-sought-after rubies in the Hale River in 1886. By mid 1887, 200 hopefuls had flocked into the region looking for the elusive gems; whilst 45km away gold was being discovered in a creek near Paddy’s Rockhole, leading to the establishment of the Arltunga Goldfield. European buyers were keen as mustard on the deep red gems – but when the market became flooded, questions began to be asked and ultimately the stones were determined to only be high-grade garnets, of significantly lower value than the genuine gems… and it all went down the gurgler in record time.

There are however a series of significant fossicking areas along the Plenty, centred around The Gemtree Roadhouse and camping area. Some others, such as Mud Tank Zircon Field Fossicking Area, fire the imagination a bit more. We decided to crack a right into the Plenty River Mica Mining area, which was really interesting. Crossing the Plenty River with its wide, dry and very soft sand was only possible with reduced tyre pressures, and once up the northern bank we followed old tracks until we found an old mica mine. Although not very deep, it was just off the track; and the surrounding ground was just littered with the ‘Mother of Pearl’-like mica. Some of the tracks that showed up on our map are no longer in existence, but there are still plenty to follow.

Next stop was the Boxhole Meteorite Crater, approx 37km up the Binns Track. It was discovered in 1937 when Joe Webb, a shearer at Boxhole Station, took geologist Cecil Madigan to check it out. The crater is 170 metres in diameter, with the rim rising 10-17 metres above the crater floor.

On the southern side of the Plenty are a number of fossicking areas. We decided to have a crack at No. 9 Garnet Area loop, which includes a couple of abandoned mines. As we climbed higher into the Harts Range, the track got rougher, the suspension got more and more of a workout and the scenery got more spectacular with Mt Riddoch standing tall. Sadly some of the tracks have been blocked or have disappeared – but it is still an interesting sidetrack for the more adventurous.

From Gemtree the road becomes a 75km trundle on that boring black bitumen stuff we spend all of our time avoiding … albeit a Development Road consisting of a narrow strip of black with red shoulders, so it is only half as bad.

The Plenty is a top track with plenty of interesting gear along the way, enough corrugations to test the shocks and enough bulldust patches to test the door seals. Sounds Plenty good to us! 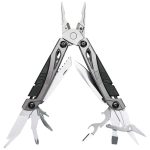 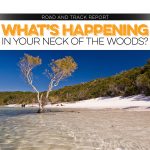