Jeep has announced the return of the Rubicon shorty to Australia, albeit in limited numbers.

The Wrangler Rubicon shorty is back, with Jeep Australia announcing the introduction of an exclusive run of just 100 Rubicon Recon special editions including 40 two-door variants and 60 four-door variants.

The Rubicon Recon scores standout features including a matte-black bonnet and fender vent decals, a black grille and black 17-inch wheels. It also scores a black steel bumper bar with a bumper hoop, as well as a tailgate reinforcement system.

There are upgrades to the interior as well, including Torch-Red seat belts, a premium-wrapped instrument mid-panel and red stitching. Other standard kit includes black leather seat trim, heated front seats and a heated steering wheel. A Trail-Rail Management System is fitted in the rear to help secure loads.

“A two-door Jeep Wrangler Rubicon continues to be a much-desired proposition amongst the Australian off-roading community, and we’re so excited to make this dream a reality with the Recon special edition,” Guillaume Drelon from Jeep Australia said.

Like the Gladiator Rubicon, the Wrangler Rubicon Recon will be powered exclusively by a 3.6-litre petrol V6 engine that makes a claimed 209kW and 347Nm, and it’s mated to an eight-speed automatic transmission. The standard four-door Rubicon is also available with a 2.2L turbo-diesel engine.

All Rubicons, including the Recon, are equipped with Jeep’s Rock-Trac 4×4 system with heavy-duty Dana 44 front and rear axles with a low-range reduction of of 4:1. This gives an overall crawl ratio in low-first gear of 77.2:1. Rubicon also features front and rear diff locks and a front sway bar disconnect for improved axle articulation off-road.

“The Jeep Wrangler Rubicon Recon is rugged, off-road ready and the most capable 4×4 straight off the showroom floor. It is truly up to any challenge passionate 4×4 enthusiasts throw at it,” Guillaume Drelon added.

Deliveries are expected to start early in Q4 2020. 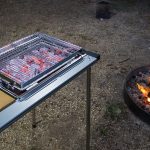 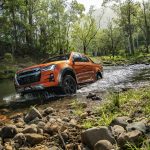