About halfway through my four-wheel drive adventure through the Australian Alps, it struck me that I wasn’t really driving the Perentie I was in. Rather I was tractor wrestling, as a veteran who used to drive them in places where you get shot at so eloquently put. The Perentie isn’t for everyone.

To the untrained eye, all you may see is an old Land Rover with a questionable roof, no power steering, and an engine that could be used to shake up paint. But for the Land Rover tragic and four-wheel drive enthusiast, they see a rust-proof aluminium body with a galvanised chassis and capable coil suspension, no electronics to leave you stranded, and a bulletproof Isuzu engine paired with low gearing. In other words, the perfect recipe for great four-wheel drive. Did I mention you can hose it out?

If we’re being honest, I hadn’t even originally planned to spend my January tractor wrestling in the mountains. My original plans involved Vietnam and a puny little moped, but I was lured to Australia by the warm waters of the Great Barrier Reef and the fact that there was a Perentie waiting for me in Sydney. (The jig is up, I’m an American). After a week of diving I flew to Sydney where I picked the truck up late in the afternoon and packed it to leave the next morning. The plan was simple — follow my nose and see what I could see. It’s a method that has rarely failed me, and this was no exception.

Travelling is all about the people you meet, and while filling up with fuel in Albury, I ran into a fella by the name of Peter Downs. After chatting for an hour or so about the Perentie (you’ll find it’s an instant conversation starter), he mentioned that he had a farm with some camels and guest accommodation in the form of converted train cars, should I have the inclination. When he also mentioned the existence of ample camping, tracks, and an un-listed hut, needless to say, I was sold.

It turns out Peter has his fair share of wonderful travel stories. He rode a tiny 125cc bike around the world in the early 70s, crossed the Simpson by camel on more than one occasion, and drove his Amphi Ranger across Australia, through the Timor Sea to Indonesia, and then back … all under it’s own power. Oh, the people you’ll meet in a Land Rover!

The next morning, following Peter’s advice, I drove down to Khancoban where I payed for my Park permits and headed to the Geehi Track in Kosciusko National Park. This was my first proper Australian track, and a good place to get better acquainted with the Perentie. I took my time driving while taking in the breathtaking sights that unfolded around every turn. Stopping for a long lunch at Major Clews Hut, I got to relaxing and lost track of time, which meant I’d be camping around Geehi Hut.

It was the start of Australia Day weekend, so things were getting a bit crowded near the huts, but I managed to score a spectacular site all by myself on the side of the Swampy Plain River. After a good swim, a few fresh sausages cooked over the fire and bit of enjoyable reading with the sound of the river behind me, it was again time to grab the camera and ogle the Australian sky before hitting the sack for the night.

I can’t claim to have had an early start the next morning, but I didn’t dally around either. My plan for the day was to drive down to Tom Groggins campground and take a closer look at the Mount Pinnibar to Mt. Anderson tracks, which I heard were quite steep. I wanted a campsite in a sparse patch of Snow Gums affording me an even better view of the stars. I had read in the guide book that there were some potentially challenging river fords and hill climbs along these tracks.

The Perentie, however, had no problem with any of it. Fording the Murray River would have been a bit deep for an unprepared vehicle, but the rocky bottom and banks made one of the best crossings I have ever seen. This is definitely a crossing to be scoped out before entering however, as some heavy rains or snow melt could likely swell the river to well beyond the limits of most drivers and vehicles. From here the Mount Pinnibar track is actually every bit as steep as claimed, giving the Perentie and I a refreshing workout. The Perentie, of course, ate it all up and spat it out, just like you would expect. On the other hand, I was ready for a beer.

Plenty of crawling in granny gear, along with frequent stops for sightseeing meant that it was mid-afternoon by the time I reached the summit of Mount Pinnibar. I was in no hurry though, as I had quickly made up my mind that this would be my camp for the night and decided to take a walk for a couple of kilometres around some surrounding tracks. While standing there, the sun suddenly vanished with a low rumble. I turned around, half expecting an elusive drop bear ready to pounce, only to find a storm cloud that had literally formed out of the blue.

After a few minutes spent contemplating this dark mystery cloud and its implications on my mountain camp, I began to hear the distant clap of thunder. This signalled a drastic change in plans and a hasty retreat from the mountain. Thankfully I beat the rain (and mud) off the mountain, camping next to Dogman’s Hut. I had barely pulled my swag out when the heavens opened up and I frantically covered everything that couldn’t get wet; believe it or not, the soft top Perentie isn’t exactly the most waterproof thing around! I also learned that my swag wasn’t terribly waterproof, so I had to drag it under the patio of Dogman’s before my sleeping bag became any more of a swimming pool than it already was.

Sadly this was my last night since I had to get back to Sydney, clean up the Rover and re-pack all my gear before a flight the following day. The entire Australian Alps are a sight to behold, and well worth the visit. There are many more tracks that could be explored just around Tom Groggins – no less the rest of the Alps – making this a great destination for any number of short or extended holidays.

As for the Perentie, I was sufficiently impressed that I am looking into importing one to the U.S. for my own use on the plethora of Arizona tracks at my backdoor. If that isn’t a good rating, I don’t know what is. 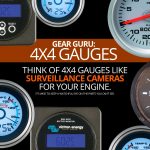 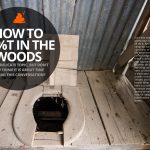