If you’re looking for a truck that can tow pretty much anything, carry a heap of gear and tackle just about any track in the country from stock, you should be looking at more than just ’Cruisers and Patrols.

OK, so you want a large 4X4 vehicle that can handle everything you can throw at it. You’re looking to tow your caravan or boat long distances, have enough room for all your camping gear and family members onboard; you want to be able to tackle even the most difficult of off-road tracks and do it all with decent economy. Yep, you could go down the traditional route and shop around for the usual LandCruisers or Patrols – but think about it for a sec, wouldn’t an actual truck do the same thing a whole lot easier than the traditional wagons?

Enter the Iveco Daily 4X4. These things have been around for a few years now, and are a favourite among dedicated travel-truck owners thanks to their ability to take a decent-sized camper shell on the tray. They’re also actually really good off-road … as in, really good.

For starters, they come from the factory with massive tyres that measure up at just shy of 37in in diameter, which would require mods to any mortal 4X4 costing several thousand dollars (not to mention make it unsuitable for long-distance touring and, more than likely, illegal). Then there’s the super-low gearing from the transfer case that allows you to shift from full-time 4WD into centre-diff-locked high-range; then high-low, to low-low. Put plainly, this allows a crawling speed that’s quite literally slower than walking pace – perfect for even the hardest tracks.

Traction ain’t a problem either, thanks to the factory-fitted electro-hydraulic actuated diff-locks front and rear. Just think about some of the best mods you can do to a 4X4: gearing, tyres, lockers … this thing has them all from stock. As you can probably tell, I’m a bit of a fan of the Daily. However it’s not all free campsites and cold beer. The height at which you’re seated takes some getting used to. Deputy Editor Evan Spence summed it up most accurately: “This thing is like driving a tennis umpire’s chair!”

While he’s not wrong, you do get used to it after a couple hours in the saddle; and truth be told, the view from way up high is actually quite an advantage when navigating tight sections of track. The front wheels are right under your bum so tyre placement is a snap; and the driver’s ISRI suspension seat makes even the rockiest of terrain easy on the kidneys. On the vehicle we tested, the passenger had to make do with a plain old floor-mounted bench seat. If we were decking one out for extended touring with a partner, we’d definitely be installing a passenger-side suspension seat.

The rear of the cabin has a huge bench with enough room for four people to sit without too much discomfort (two kids could fit with an acre of space in between them), and the switches for the lockers are within easy reach. The vehicle gives off a utilitarian feel inside; with vinyl as far as the eye can see and not a hint of plush-pile carpet anywhere. The rear passengers don’t even get vents for the climate control and have to make do with a slide-open window. On the other side of the coin, interior clean-ups would be nice and easy and a set of seat covers would make a huge difference in the comfort stakes.

On-road, the ride is just about what you’d expect from a cab-over truck with solid axles and leaf springs front and rear. The 200 Series, Discovery and Y62 Patrol would eat the Daily for breakfast if staying on the bitumen and fire trails is your thing – but in terms of pure off-road ability the tables are quickly turned. And ride comfort is not actually too horrible thanks to the suspension seat (a hallmark of Iveco’s truck-building pedigree). But you’re definitely aware of the fact that you’ve left independent suspension and leather upholstery far behind. As for handling, if you’re a fan of punting your 4X4 into hairpin bends at 80km/h this vehicle is not for you. But then again, let’s be honest, neither is a driver’s licence. Still, once you’re used to the tippy feeling from the high seating position you couldn’t really say the vehicle handles badly (for what it is). You just have to drive it a little differently to your WRX.

The tray is possibly the biggest (unsurprisingly) of any dual-cab on the market. We comfortably fitted a dirt bike, swag, roof-top tent and a bunch of camping gear on there with room to spare; and the added weight was barely noticeable and didn’t affect fuel economy in the slightest. The intercooled, direct-injection, variable geometry twin-turbo 3.0L diesel engine pumps out 400Nm with the power coming in as low as 1,250rpm, making it perfect for lugging big loads without a worry.

In sixth gear on the highway the ’box utilises the 0.791 overdrive (fifth gear is 1:1 direct drive) to deliver surprisingly good fuel economy. On the blacktop we averaged around the 13L/100km mark, with that figure creeping up in the bush by a couple of litres per hundred kays. Not bad considering it tips the scales at a hefty 2,745kg unladen, and is pushing that aggressive 37in rubber along.

As you’d expect from such a tall vehicle – hey, your backside is nearly 1.7m up in the air – the clearance is excellent. There’s 255mm of room underneath the diffs and fording depth is a highly impressive 700mm. In car-licence-friendly form the GVM is rated at 4,495kg (maximum is 4,500kg) and payload is rated at 1,750kg – but that can be bumped up to 5,500kg and payload increased to 2,755kg (that’s just shy of three tonnes) if you’re willing to upgrade to a light-rigid licence.

So, the $64,000-dollar question: Would I buy one? If I was looking for a dedicated touring 4X4 that could tow just about anything, easily carry a camper on the back, eat up the Outback miles without a worry and tackle the hardest track the Cape or the Kimberley could throw at it without breaking a sweat, then absolutely. If I was going to use it as a daily (no pun intended) driver, grocery-getter and part-time escape machine, then probably not. If I was a tradie who carries a heap of tools to muddy job sites that answer would definitely change; but seeing as my ‘work gear’ consists of a swag, camera and laptop I think I’d rather spend the near-$100K on a more traditional 4X4 that’s a bit more refined and doesn’t require a pole vault to get into the cab.

Do I love the Iveco Daily? Yes, I do.

Does it suit my particular needs as a four-wheel driver? No, it doesn’t.

But that doesn’t mean it won’t suit yours. If you’re shopping around for a large 4X4 for heavy-duty touring use, I strongly urge you to check one out. 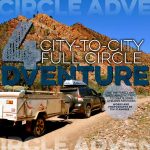 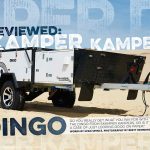