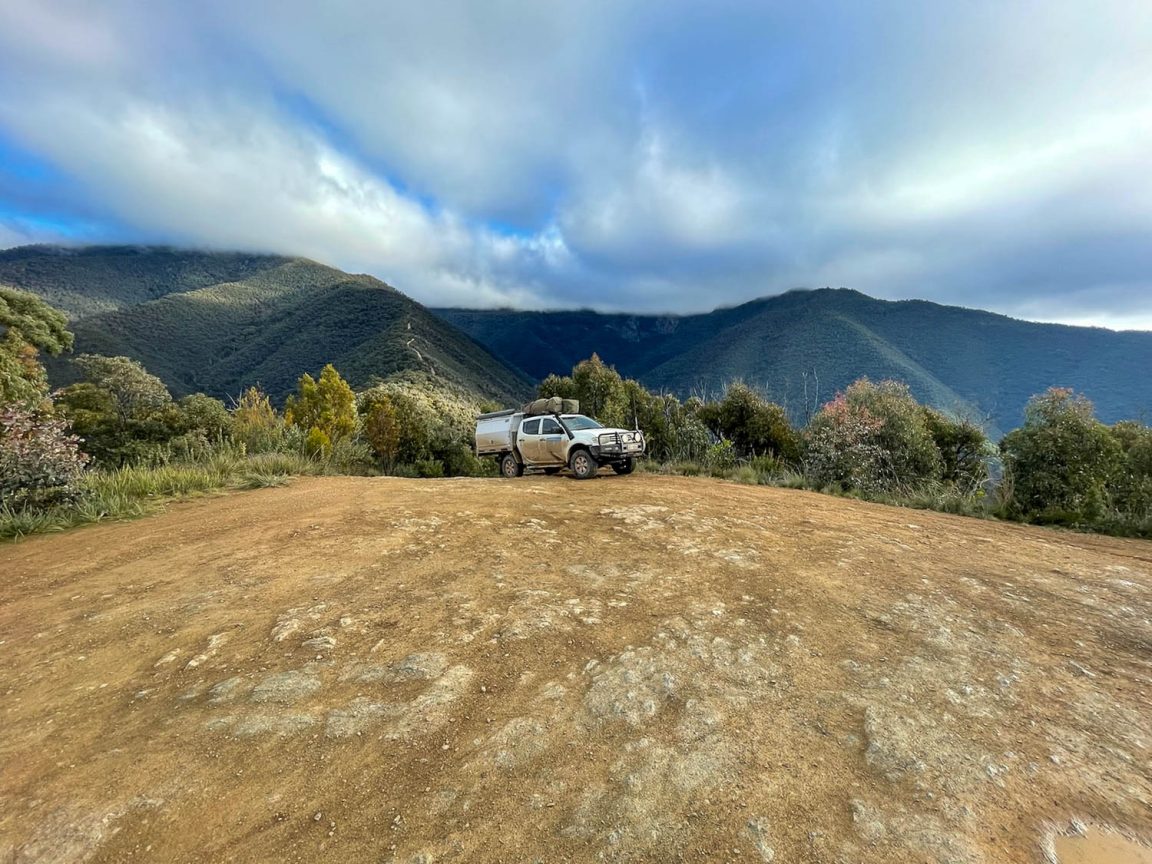 Our tyres crunched over snow, slicked through mud, slid backwards on a steep clay incline, bounced over rocks and even got a little bit of air time on the various humps and bumps of the tracks surrounding Dargo in the Victorian High Country.

All of this in one great two-day adventure!

But let’s go back to the start, shall we? Our adventure started in the charming blink-and-you’ll-miss-it town of Dargo, just over 300 kilometres northeast of Melbourne in the Central Gippsland area. Wedged between the foothills of the Victorian Alps and the majestic Alpine National Park, Dargo is a great base for those setting out on a 4WD or dirtbike adventure.

Given our unfamiliarity with the area, we asked Dargo 4WD tours if they would show us around tag-a-long style so that we could make the most of our short time in the region.

Oh boy did they deliver!

Matt and Lachie from Dargo 4WD tours agreed to meet us at the Dargo River Inn. Which by the way, is the place to camp if you want both a hot shower and a hot meal served with a level of home-style hospitality that can only be found in rural Australia. Given the nights were heading south to naught degrees and we were roughing it in swags, I wanted both of these things.

Around 15 kilometres north of Dargo, we left the bitumen behind and turned onto Upper Dargo Road. This track is picturesque, winding beside the clear flowing waters of the Dargo River and passing numerous empty campsites along the way, including Italian Flat, Jimmy Iversons, Ollies Jump Up, Dustys Flat and Blacks Flat. It seems we were the only ones dumb enough to camp in winter.

The river was too high to cross at Collins Flat so we turned left onto Matheson Spur Track and made our way to Harrison’s Cut; a top spot for morning tea with a small but awesome waterfall. You can thank early gold prospectors for this as they apparently created it by blasting a shortcut through the rock.

The Matheson Spur Track leads into Downy Road and eventually Bullock Head Saddle where you can check out Treasures Huts, a series of three dilapidated huts set among the tall trees. However, the Matheson Spur Track wasn’t finished with us yet. Thanks to recent rain, one of the steeper sections had a particularly gnarly layer of clay on top. Now on the flat, this would be kind of fun, but when you’re on a steep incline and your vehicle starts sliding backwards, not so much. I bailed with the kids and scrambled up the incline on foot, leaving my husband to deal with the slippery slope and losing the sole of my shoe in the process. We took photos from the top as Matt and Lachie winched the Triton up until we had traction and eventually made it to the huts with no further problems.

My shoes now repaired with an obscene amount of duct tape, we departed Treasures Huts and drove north along the Dargo High Plains Road until we hit the Alpine National Park and experienced driving on snow for the first time. After a quick play that involved tying a rope to an old plastic bum sled, the wind picked up and the fluffy white stuff began to swirl around. It was no longer fun, just unbearably cold. We escaped back to the warmth of our now mudstained vehicle and headed back down the Dargo High Plains Road.

An uneventful drive back towards Dargo saw us staying in Matt’s cabin for the night where we laid out our sleeping bags on some bunks near the fire. Matt and Lachie whipped up some lamb shanks, potato and corn over the massive outdoor firepit and all was good in the world again.

The boys cooked us a hearty breakfast of bacon and eggs before we hit the tracks. This time heading west from Dargo, we made our way onto the Trails Tracks, which led us back into the stunning scenery of the Alpine National Park. Steep trackside drop-offs were a regular occurrence with varied conditions under the wheels, including one fun patch of mud that stretched for around 60 metres. Someone has clearly gone through before us and chewed up the track pretty bad, possibly logging machinery. The Triton got through unscathed but Matt’s chopped 200 Series LandCruiser, which weighed around a tonne more, needed a little help from the winch.

From the Trails Track, we headed on to Junction Spur, barely making it through without the winch. Matt and Lachie, who went first in the LandCruiser were not so lucky. It certainly helped that we now knew what line not to follow. According to my map, this section features 70m of steep, rock slab.  Judging by the smell wafting into the cab after the tyres spun on it a little, (okay a lot), I can attest that there is a fairly smooth rock slab section here with not much to grip onto.

Junction Spur made way for the Castle Hill Track, which proved to be fun, rocky and slow going. At 1450m we finally broke through the fog to arrive at The Pinnacles, where we walked out to the lookout tower. The spectacular views were non-existent as a layer of cloud separated us from the world below.

After a bite to eat, we were ready to tackle the iconic Billy Goat Bluff Track. If driving up the track, expect to climb nearly 1200 vertical metres over 8km in a very slow and rough manner. There is a lot of both solid and loose rock on the track and the internet is full of images of vehicles that didn’t make it. Matt and Lachie said the track was the worst they’d ever seen it and being honest, we probably wouldn’t have made it if we were going up.

However, we were going down! If you don’t like heights you will not like this track. It’s not long before you find yourself on a crest with drop-offs of 1420 metres on either side.  The views are amazing from many sections of this track, with some great photo opportunities from a helipad or two along the way.  Expect rough, steep and rocky sections with several dips and rises that are hard to see. The kind that when you go up the dip, you can’t see over the bonnet to know if you’re still on the track until you’re already over the crest of it and angled back down. There is something both thrilling and discerning about this at these heights.

The Billy Goat Bluff Track is for experienced 4WDers only.  Let me say that again. Do not do this track without another vehicle or without racking up a fair bit of experience first. Like most off-road tracks, it varies with the season.

4WDing in the Victorian high country doesn’t get much better than this.

Read next: Five 4WD tracks on the NSW coast 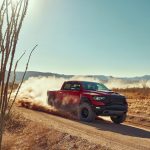 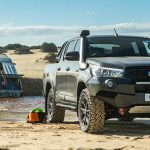