Take a vicarious journey and discover what this couple learned from their three-month nomadic excursion, traversing some of Australia’s most iconic roads.

This was an epic three-month 15,000km 4WD/caravan adventure, traversing two states and a territory. Exploring some of Australia’s remote regions, Cyndi and David discovered some magnificent natural wonders. The sandstone cliffs at Duwadarri Lookout in Queensland’s Lawn Hill National Park, the majestic cascading water at Mitchell Falls in Western Australia, the brilliant coloured rock formations in the Territory’s Katherine Gorge and the vast array of wildlife on Lake Argyle. But like any journey of discovery, there were mishaps and challenges. Unpredicted weather changes transforming dusty roads to sludgy mudslides, soaring hot temperatures in the heart of winter, flat tyres and the dreaded stress of finding that level piece of ground at the end of a long driving day. Not to mention the crocodile that took a liking to David’s ankle.

Cyndi, a hairdresser by trade, prefers the phrase ‘grey is the new blonde’. David, a retired builder and keen 4WD enthusiast, has no qualms about being labelled anything, provided he can get out and explore in his beloved 200 Series Toyota LandCruiser. Their home away from home is a 19-and-a-half ft Royal Flair 2009 semi off-road caravan. They’d completed short trips (up to four weeks) to adjust to life on the open road, but this was their first epic off the beaten track adventure.

Their route took them through many of Queensland’s iconic outback towns, all steeped in Australia’s early pioneering history: Toowoomba, Roma, Tambo, Longreach, Winton and Mount Isa. Crossing into the Territory, they enjoyed the natural wonders and ancient landscapes at Mataranka, Katherine and Timber Creek before reaching Australia’s wilderness heartland and their personal holy grail – the Kimberley. Returning along some of Australia’s most isolated tracks, the Gibb River Road and Tanami Desert Road into Alice Springs, before scooting along the Stuart and then the Plenty Highway into Queensland for the final leg of the journey home. 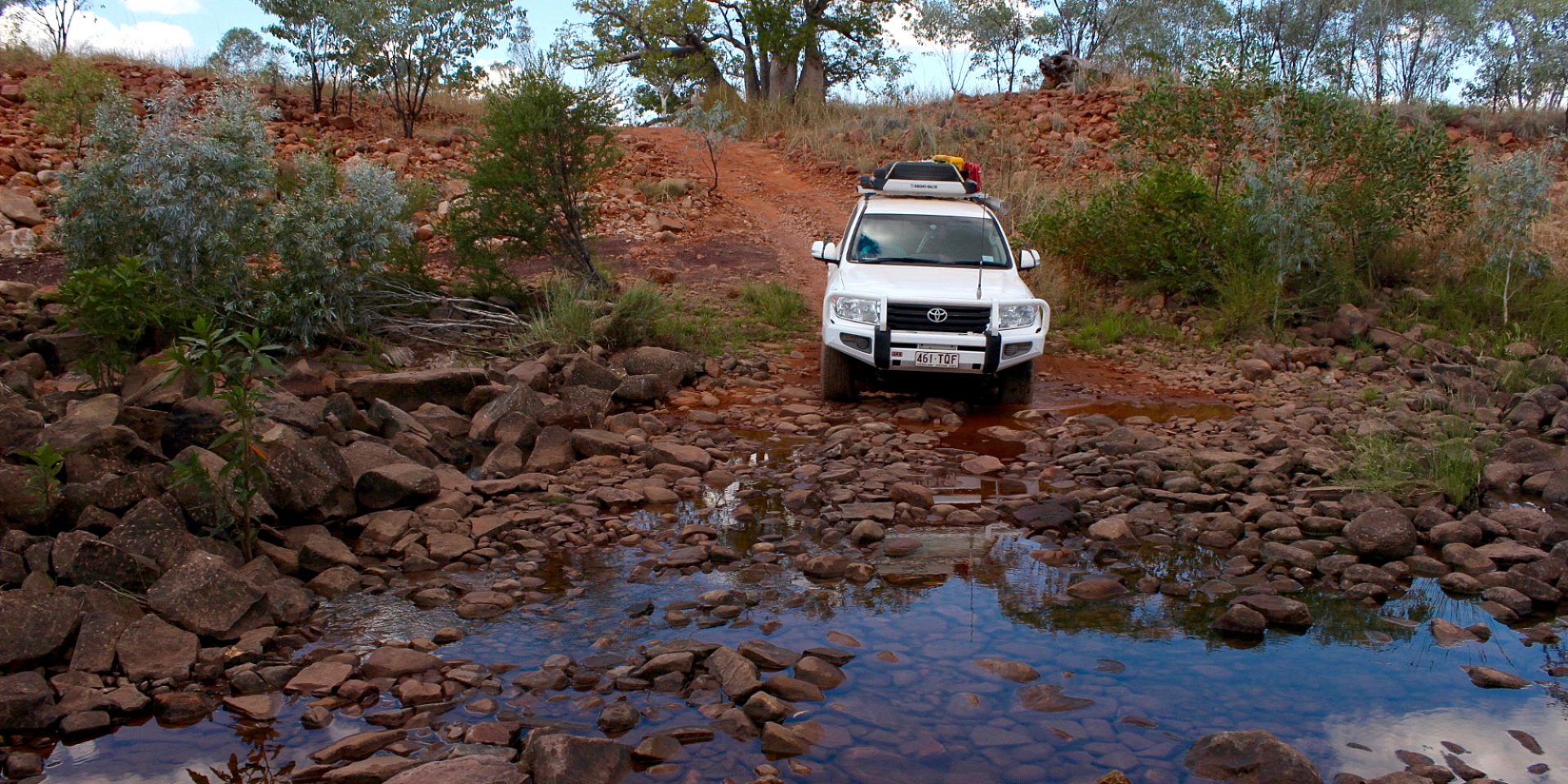 To ensure the vehicle would stand up to the pounding the dirt roads would dish out, David made a few modifications to the LandCruiser. He removed the backseats to create space for extra water, a fridge and a second dual battery pack. There was room for tents and sleeping bags, as they’d planned to leave the van behind and use the LandCruiser for the more inaccessible regions. The roof rack held two spare tyres and two 20L jerry cans for fuel. David added a ‘decent’ 12V compressor too, for easier releasing and adding tyre pressure.

To reduce the need for cooking enroute, Cyndi organised pre-cooked frozen meals. She also made up a large supply of sandwiches, freezing them in ziplock bags, ready for lunchtime walks. (Bakeries are rare in these remote regions.)

Queensland: Brisbane to Camooweal with a detour at Lawn Hill

On day five of their journey, the duo made a detour to meet friends at Lawn Hill in the Boodjamulla National Park. The unsealed 80km road into Lawn Hill was covered in rocks the size of emu eggs. Careful selection of where to drive meant that what they thought would be a quick journey tripled in time. They wondered if the detour had been worth the effort when pulling into the Adel Grove Caravan Park, when they heard the ominous sound of a tyre quickly losing air. A hole the size of an apple meant the tyre was beyond repair. But David struck gold at the campsite’s workshop. The manager, a ‘jack of all trades’ character, located a second-hand tyre from his workshop to fit the LandCruiser (David considered $150 for the tyre very reasonable considering they were in the middle of nowhere). 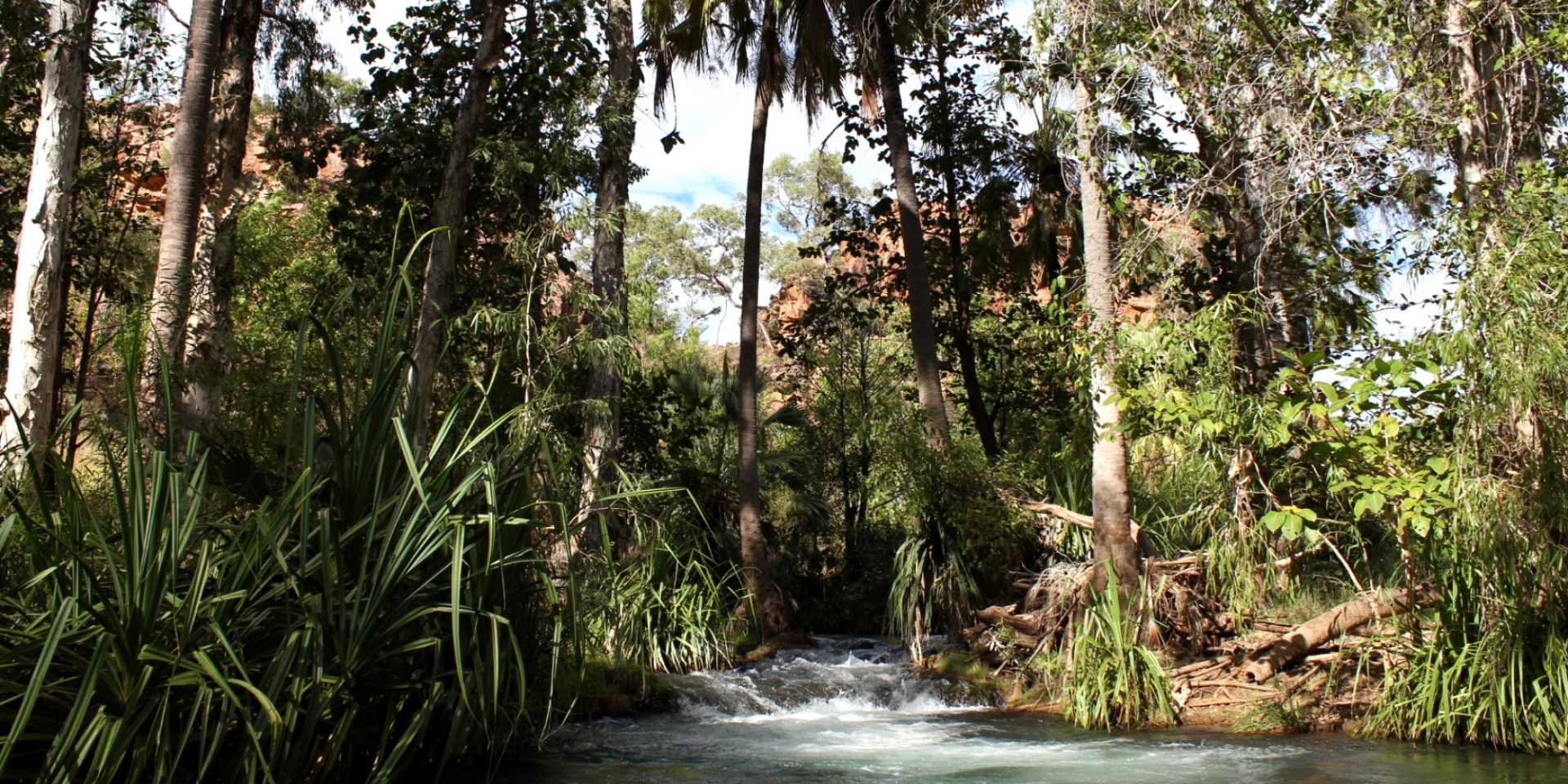 Cyndi and David explored the many trails and creeks in Lawn Hill Gorge. The Island Stack Bushwalk is a steep track to the upper gorge area (approx. 1-1.5 hours). Find Duwadarri Lookout for an incredible view over the gorge.

Indarri Falls offers breathtaking scenery and an opportunity to swim in the icy emerald green water. The couple were happy with their detour decision, until they woke to the sound of falling rain on the morning they intended to leave.

After a day of continuous heavy rain, the creeks at the caravan park were rising. Cyndi and David had to decide: either wait the rain out, or take the only road open – a very big detour – an 800km back-track past the Burke and Wills Roadhouse, through Cloncurry, Mt Isa and back into Camooweal. The couple were keen to reach the Kimberley and not lose time waiting for rain to pass. When Century Mine opened their private roads, Cyndi and David joined a convoy departing the campgrounds – 27 vehicles in total. It was a slow trek through 73km of muddy road.

What they learnt in Queensland:

Northern Territory: Camooweal to Kununurra and the Katherine Gorge

It was the first day of winter, but the Northern Territory seemed to have missed the change of season memo. At Katherine Gorge at 8am it was 24°C, heating up to 34°C+ during the day. The couple were at the Nitmiluk Caravan Park/Resort, where nature – kangaroos, goannas, birds – intermingle with the campers.

A short walk to the lookout (approx. 1.5 hours) was enough in the hot temperature, with the resort pool the best place to combat the heat. A longer walk (approx. 4 hours return) to Pats and Jedda Lookout provides incredible views, but Cyndi and David suggest starting out early before the heat of the day sets in. The sunset dinner cruise was a highlight.

About 110km from Katherine is Elsey National Park with excellent amenities and the Bitter Springs. These natural spring-fed thermal pools are a must-do experience. The recommended method to travel the spring’s circular loop, is to take a foam pool noodle and a pair of thongs. These two items allow you to float downstream in the warm water, then clamber comfortably over the rocks before floating further.

Timber Creek Caravan Park is 270km from Katherine. They have a daily afternoon croc feeding show (April – October), which the couple missed arriving later in the afternoon. But David had his own up close and personal croc encounter. Walking across a small bridge above the creek (where they conduct the daily show) a croc jumped up from the water, trying to nip David’s ankle. Cyndi says she’s never seen David move so fast! The van doors were firmly closed that night.

What they learnt in the NT:

How to condense the Kimberley highlights in one compact section? The stunning Mitchell Falls, croc infested El Questro, the camels on Cable Beach in Broome, the moonlike Domes at the Bungle Bungles and dreamy sunsets in Derby.

A day trip to Wyndham, the most northerly township in Western Australia, revealed something unexpected. Situated 105km northwest of Kununurra, this shipping port town is where the five rivers – the King, Pentecost, Durack, Forest and Ord – meet. The couple discovered an oasis in the middle of nowhere, called the Rusty Shed Café. It may look nondescript on the outside, but on the inside, Cyndi considers the food wouldn’t be out of place in a fancy café in central Melbourne.

What they learnt in WA:

Author’s note: For some (me included) it’s not always possible to trip around our rugged countryside for a few months with nothing but the open road and your creature comforts in your vehicle or towed behind you. But reading about journeys like Cyndi and David’s and seeing images of parts of our beautiful country I’ve never been to before, inspires dreams. And one day, as they did for Cyndi and David, those dreams will become reality and we’ll be creating our own adventures out on the open road. 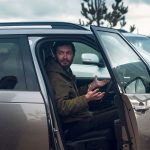 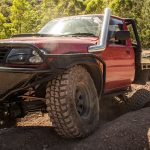