There’s no denying that electric 4X4 vehicles (EVs) are coming – whether we like it or not – with the uptake of EVs in urban areas already growing at a fast pace, but without fast-charging batteries the current technology and infrastructure is still a long way from being able to satisfy the needs of off-road tourers like you and me.

Ironically, EVs are well suited to off-road driving and carrying/towing heavy loads, as their electric motors develop huge amounts of torque as soon as you kit the ‘go’ pedal – no lag, no gear-shifting and no low-range required. Take the upcoming Hummer EV, for example: it packs up to a claimed 750kW of power and around 1356Nm of torque This makes EVs ideally suited to crawling over obstacles and hauling big loads. And the upcoming Rivian R1T pick-up  has a quad-motor set-up that allows power to be directed to each wheel independently, resulting in impressive off-road capability (including an on-the-spot ‘tank turn), while it can also tow a claimed 5000kg. The mooted Lordstown Endurance runs a similar driveline setup with electric motors at each corner.

The big EV problems at the moment, however, are vehicle (battery) range, long-charging times and lack of charging infrastructure.

Interestingly, vehicle range is one of the easier problems for EV manufacturers to resolve. Range will naturally increase over time as battery technology improves and, for long distance touring, you could always throw in an extra battery or two (just like carrying jerry cans or fitting a long-range fuel tank). Some EV manufacturers (and the aftermarket) are already talking about long-range battery packs that could easily be mounted in the tub of a 4X4 ute. Here are some of the claimed touring ranges for upcoming EV 4X4s on their standard battery packs: Tesla Cybertruck, 400-800km; Rivian R1T, 640km; Hummer EV, 560km; Lordstown Endurance, 400km+; Ford F-150 EV, 300km+.

The next issue for EV 4X4s is long-charging times. Sure, many EV manufacturers claim their batteries can be juiced up from 0-80 per cent in as little as 30 minutes using a fast-charger, but that last 20 per cent to full takes a helluva lot longer; hours, in fact. For example, to fully charge a Rivian R1T using a DC fast charger (such as a Tesla Supercharger or equivalent charging station) would take more than two-and-a-half hours. From a regular AC power socket, it would take more than 55 hours to charge from 0-100 per cent!

Assuming every service station in the country had a fast charger installed (I know… they don’t), two-and-a-half hours to fully charge an EV battery is still way too long to be practical for most people. But an Israeli company by the name of StoreDot has been working on a solution in the form of fast-charging batteries…

StoreDot claims this new battery tech is “a significant milestone for the company in its mission to eliminate the range and charging anxiety of electric vehicles (EVs)”.

Importantly, StoreDot XFC (extreme fast charging) batteries, which are built in China by EVE Energy, are designed to be produced on existing Li-ion battery production lines. In these new XFC batteries, the graphite in the cell’s anode is replaced with metalloid nano-particles, and StoreDot claims this technology overcomes issues in safety, battery cycle life and swelling.

At this stage, StoreDot has demonstrated the new technology by fully charging an EV scooter in five minutes (see the BP-produced video below), but it says the next demonstration will show a full-size vehicle being charged in five minutes resulting in a 300km range.

Five-minute EV charging really changes the game and makes it seem feasible that one day soon EV 4X4s may just be suitable for long-distance, remote area travel. Of course, there’s still the issue of setting up the charging infrastructure… but if companies like BP see fit to back the StoreDot XFC project, you can bet there are plans afoot to expand their EV fast-charging capability throughout their current service-station networks. 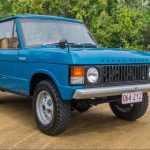 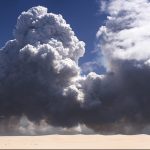