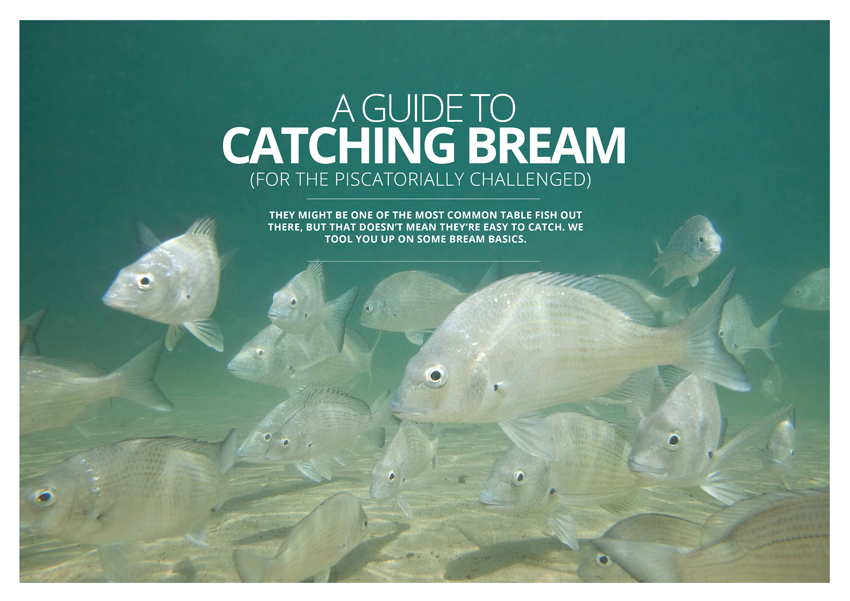 They might be one of the most common table fish out there, but that doesn’t mean they’re easy to catch. We tool you up on some bream basics.

There are three main bream species that are of significant importance to recreational anglers in Australia.

The third main species is the pikey bream, also known as black bream or northern bream or pikeys (Acanthopagrus berda). It can be differentiated from the other bream species by its lack of yellow fin colouration, charcoal tinge and generally deeper and more stout body shape. There is also a north-west black bream (A. palmaris). Pikeys have been reported to about 3kg, but are far more commonly encountered at 300g-1kg.

Yellowfin bream inhabit both coastal and estuarine waters of Eastern Australia between the Townsville area in northern Queensland and Lakes Entrance in Victoria. The yellowfin enjoys a wide-ranging habitat from offshore reefs to the inter-tidal washes of islands, headlands and beaches. It also relishes our rivers and estuary systems and will venture into fresh water at times. Black bream are almost exclusively found in estuarine systems from about Mallacoota in Victoria through South Australia and Tasmania to Shark Bay in Western Australia. This species is rarely found in offshore waters, preferring the estuaries and tidal (and sometimes land-locked) coastal lakes. They are regularly found in pure fresh water. Pikey bream are our tropical bream, found across the top of Australia in estuarine and inshore coastal waters from about Rockhampton in Queensland to Exmouth in Western Australia. Their habitat preference is for estuarine environs from the upper tidal and non-tidal limits of estuaries to the shallow coastal waters. This fish is very structure-oriented and often gather and hold on submerged fallen trees and rocky areas.

A few decades back most Aussie bream probably fell to handlines, and many still do. But these days estuary breamers mainly prefer light to medium weight rods of around 1.8-2.3m, matched to threadline reels in the 1000-2500 sizes. Anglers specifically using lures tend toward braided main lines of 1-3kg, but use nylon monofilaments of similar breaking strains for some lure applications. Bait fishers often prefer nylon monofilament main lines. Nylon or fluorocarbon leaders are mostly used when braided main lines are employed. Beach- and rock-based anglers use longer rods than their estuary counterparts. Standard rock and beach fishing bream tackle would be medium weight 2-4m rods, usually with threadline or Alvey style centre pin reels attached and loaded with 3-6kg nylon monofilament line.

Fresh and live baits such as pink nippers, prawns, cut fish flesh, shrimp, crabs, cunji, beach, blood and squirt worms as well as various molluscs are all superb bream baits. They are best collected at your fishing location. Prepared baits such as pudding mixes, dough, bread, chicken gut and fillet steak will also account for the scavenging bream. Fine gauge, sharp hooks should be sized to suit baits and use the least amount of lead (sinker) that conditions will allow. While there are many good bream rigs available, the running ball sinker rig (allowed to run right through to the hook) is a great all-rounder. A good range (style, size and colour) of soft plastic, hard-bodied minnows, vibrating bladed and surface lures should all be carried by the hard-core bream luring enthusiasts because they can be quite finicky feeders and approaches often need to be varied and fine-tuned to the conditions and the many moods of the bream.

While bream will free-range, they are more likely to be found in or near structures, so concentrate efforts around areas such as snags, oyster racks, rocky outcrops and bars, drop-offs, weed beds and sand banks on flooding tides. Small, soft, plastic lure presentations on as light a jig head as conditions will allow can be a very effective way to target bream. Like all other lures they should be either trolled or cast around the above-mentioned structure.

Small to medium-sized hard-bodied minnows work very well on bream. Retrieve speeds and styles should be varied until a successful recipe is found for that time and place. The new semi-transparent high-quality Japanese manufactured minnows are fooling the more educated bream.

Bream will quite readily accept a surface lure, most often during the warmer, high insect activity months. Small poppers, fizzers and saltwater flies can prove highly effective at these times.

If bait fishing for bream, present the bait in the most natural manner possible by using tide, water movement and limited sinker weights to your advantage. Allowing a locally, naturally occurring bait to float around in a rocky headland wash or sudsy beach gutter are good examples.

All bream species offer good to excellent table qualities. They are a member of the same family as our gastronomically renowned southern snapper. For best table results they should dispatched (by brain spiking or spinal severing) immediately, bled and stored on ice. 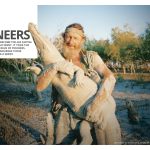 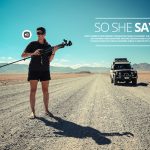