This custom Jeep Wrangler Rubicon from the Unsealed 4X4 vault might seem like a strange choice as a remote outback touring vehicle, but stay with us here folks. This is one of the most detailed and well thought out builds we have seen in a very long time – this thing ain’t no mall crawler either. When you are planning a build across an Excel spreadsheet three years in advance, it is a safe bet that you are going to be building one hell of a vehicle. That is exactly what Craig did and, 11 years on, it has taken him to some of the best touring destinations around Australia. That’s right, not just the local test track; this custom Jeep Wrangler Rubicon has been built to travel and get its owner away from everyday corporate life where he exchanges said spreadsheets for superchargers and red dust.

Craig is no stranger to steering a 4X4 through some tricky terrain. Growing up around the family earthmoving business, at a young age he was often roped into shifting machinery and learning the basics of handling vehicles off-road… on private property, of course! His first foray into building a 4X4 was with the classic Daihatsu F10, a small leaf-sprung weapon that copped an 18-month ground up rebuild and a motor swap to boot. Then came an early model Pajero shorty, a couple of BJ42s, an MQ wagon and a V8 Discovery.

Based out of Adelaide and working jobs as both a sales manager and in marketing, the urge to travel was at its highest when the company cars lacked the ground clearance needed to escape on the weekends. The custom Jeep Wrangler Rubicon build was planned out meticulously on an Excel spreadsheet, with links to all the parts and suppliers both domestically and internationally, so when the time came to pick up the vehicle in late 2010, the build could kick off straight away.

First and foremost, Craig knew he wanted a Rubicon over the base model. Fantastic reduction gearing, front and rear lockers, electronic disconnect sway bar and better waterproofing and upholstery made it an easy choice. Secondly, with the trips he had in mind he didn’t want any hassles from the Highway Patrol, so he struck up a relationship with Jeep Connection down in Melbourne, who are very well connected (pun intended) to AEV: American Expedition Vehicles, one of the largest suppliers of Jeep accessories in the world. They are also a one-stop-shop offering an in-house engineer, so it was clear to Craig that it would be easier to send the JK across to Melbourne with a wish-list and drive back a completely road legal vehicle. The first stage of the build involved a modest lift, 35s, front and rear bumpers and an often overlooked GVM upgrade. Oh yeah, can’t forget the supercharger!

Craig had been watching the JK’s model progression and when he heard they were retiring the 3.8-litre in favour of the ‘improved’ 3.6-litre twin cam V6, and he knew the time had come. Those earlier engines are much less intricate, so when the Sprintex went on, there weren’t as many sensors to complicate things. Now as is usually the case with a new product, there are often some teething issues, and the blower was no exception. It took a while to get a tune to stick to the ECU and to sort out the intercooler, with Craig having to leave the Jeep on the eastern seaboard for months, waiting patiently for a breakthrough. When it came, the difference was incredible. Doubling both torque and kilowatts from the factory figures, the Jeep was ready to tackle Cape York.

Returning from the Cape, it was noticed that unfortunately the OEM Jeep filter had let go and dusted the motor. A year long fight with Jeep and Shannons Insurance ensued and finally they got the payout to rebuild the motor. The decision was made to rebuild using fully forged and upgraded parts, as Craig was adamant there would be “not one Jeep part in the bloody thing”.

She was rebuilt using forged everything, bored out from a 3.8-litre to 4.0-litre, blueprinted and flowed, camshafts from the USA, extractors and long tube headers, and once the charger was refitted it returned impressive 110% kilowatt and 120% torque gains over factory. Not only that but the tune was adjusted yet again around the new motor, with the peak torque curve now arriving much earlier – 2500rpm earlier! With the motor finally ready to stand up to the abuse, Craig could move on to the current stage of his build.

With the freshly rebuilt motor turning the 35s with ease, it was only logical that the next step would be getting some 37s mod-plated. The 37s fill the room under the Double Black Offroad polyurethane flares quite nicely, and the ATZs look the part on the 20 x 10 KMC Rockstars. The front and rear bar-work from AEV has had more than its fair share of additions, with the front bar now chopped down to improve the already fantastic approach angle even further, and now housing a 9500 Warn winch. The rear bar is unlike anything else on the market; water tanks, shackles, inbuilt tow bar and a tyre rack that removes the weight from the rear door. It incorporates a long-handle shovel holder, work and brake light pole, plus a 40-litre jerry can tucked behind the carrier, making excellent use of the space. Essentially, this removes 50kg of weight from up high on the roof rack, lowering the centre of gravity even further.

An AEV bonnet adds the finishing touch to the tough exterior, with the benefit of increasing airflow in the engine bay. Adding to the frontal facelift, aftermarket LED headlights and fog lights not only provide much more light but have saved many clutch starts in the early mornings after a big night. Above the windscreen, a Rigid Industries LED bar is mounted front and centre, with a pair of nine-inch spotties taking up the only other available space at the front of the Jeep. 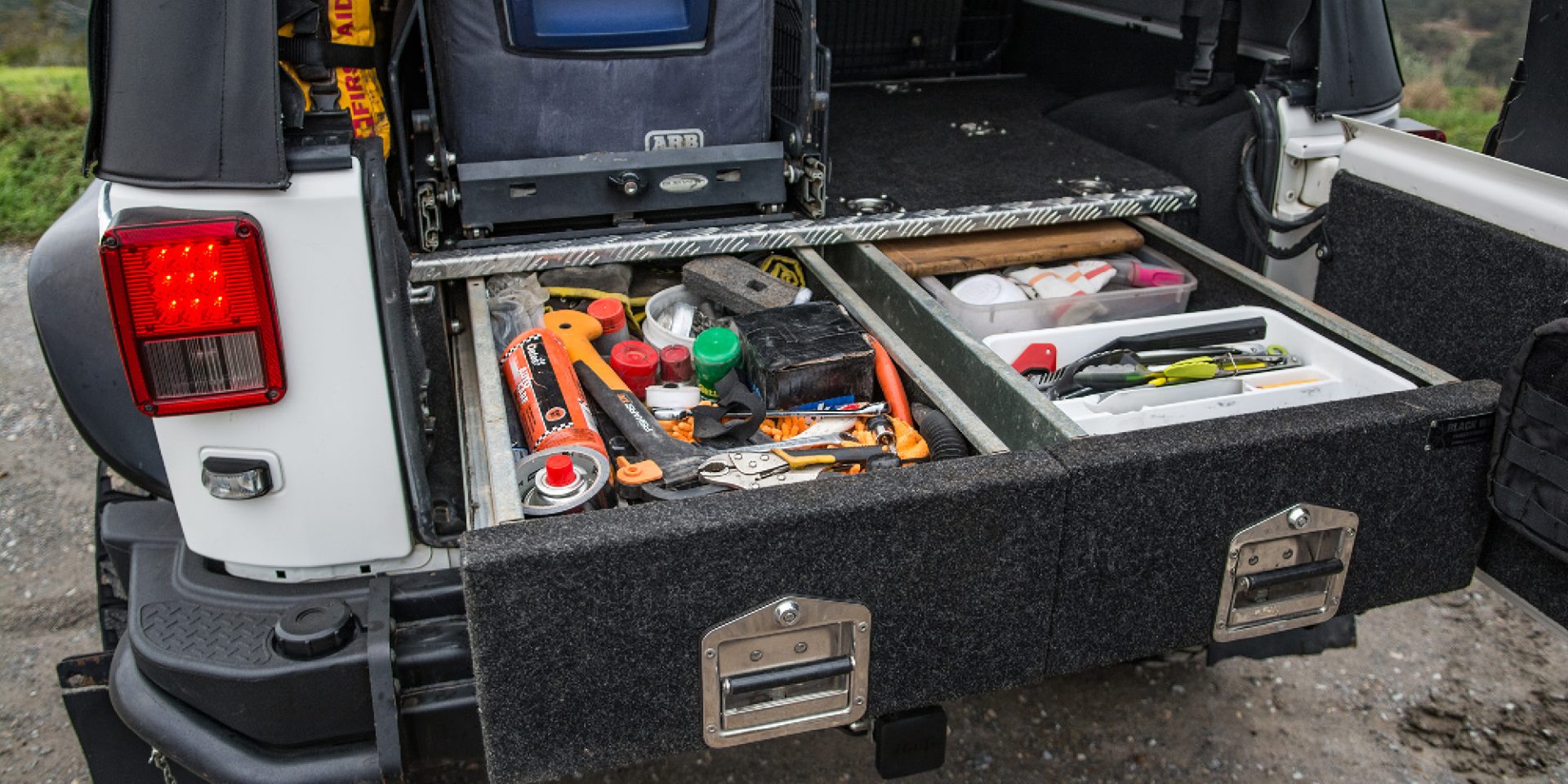 Underneath, the standard diffs have been torn out and replaced with Dana 60s. The CVs have been swapped with RCVs, eliminating the weak link (the factory U-joint) behind the hub. With ample power and more than 150,000km off-road, it might not come as shock that this is driveshaft set number three. After blowing a set of double-cardan Spicer 1310s and some Chrysler ones, he has now opted for some locally built custom-made double-cardan Spicer 1350s. A spattering of arms from the Metalcloak ‘Game-Changers’ series of control arms have been bolted up with Duroflex bushes to get rid of any squeaks and misalignments. However, Craig lists his number one mod as the Teraflex hydraulic bump stops that are paired up with the Old Man Emu BP-51s. The bump stops have completely removed the threat of washouts and the bypass shocks keep the wheels firmly planted and ensure there is never a struggle for traction.

If you have owned a SWB vehicle, you will appreciate the difficulty packing for longer trips can bring. Just like the mechanical mods, just as much thought has gone into the interior. Sturdy Black Widow drawers in the back carry all his tools, mechanical spares and cooking gear. Mounted on top is an MSA drop-slide to suit the 47-litre ARB fridge, that is completely protected behind a custom-made cargo cage while inside the vehicle. Both the ARB fridge and centre-console Waeco run comfortably off the 120Ah Optima in the rear, alongside the Thunder DC-to-DC charger and the ARB compressor tucked behind the front seat. Not a fan of the dark interior panels from factory, Craig has colour matched some sections on the dash and swapped out others for billet infill panels to brighten up the cabin. The iPad runs the Hema app and the UHF is tucked out of sight, leaving only the handheld controller visible.

Builds like this do not happen overnight, and not without spending a great deal of money and dipping deeply into your stores of patience. Craig says that he gives the engine builder a call one or two times a year to thank him for doing a standout job creating such a reliable heart for shorty. He has this bit of advice for anyone thinking of doing a similar build: “Go in with your eyes open, as you would be crazy to think that stuff isn’t going to break, because it will and you’ll be left with a high repair bill and you’ll have to wait six months for parts out of the US.” Even with that in mind, we reckon that there could be an increase in SWB Jeeps being set up as tourers after seeing this build! Send us some photos from your next trip mate, we can’t get enough! 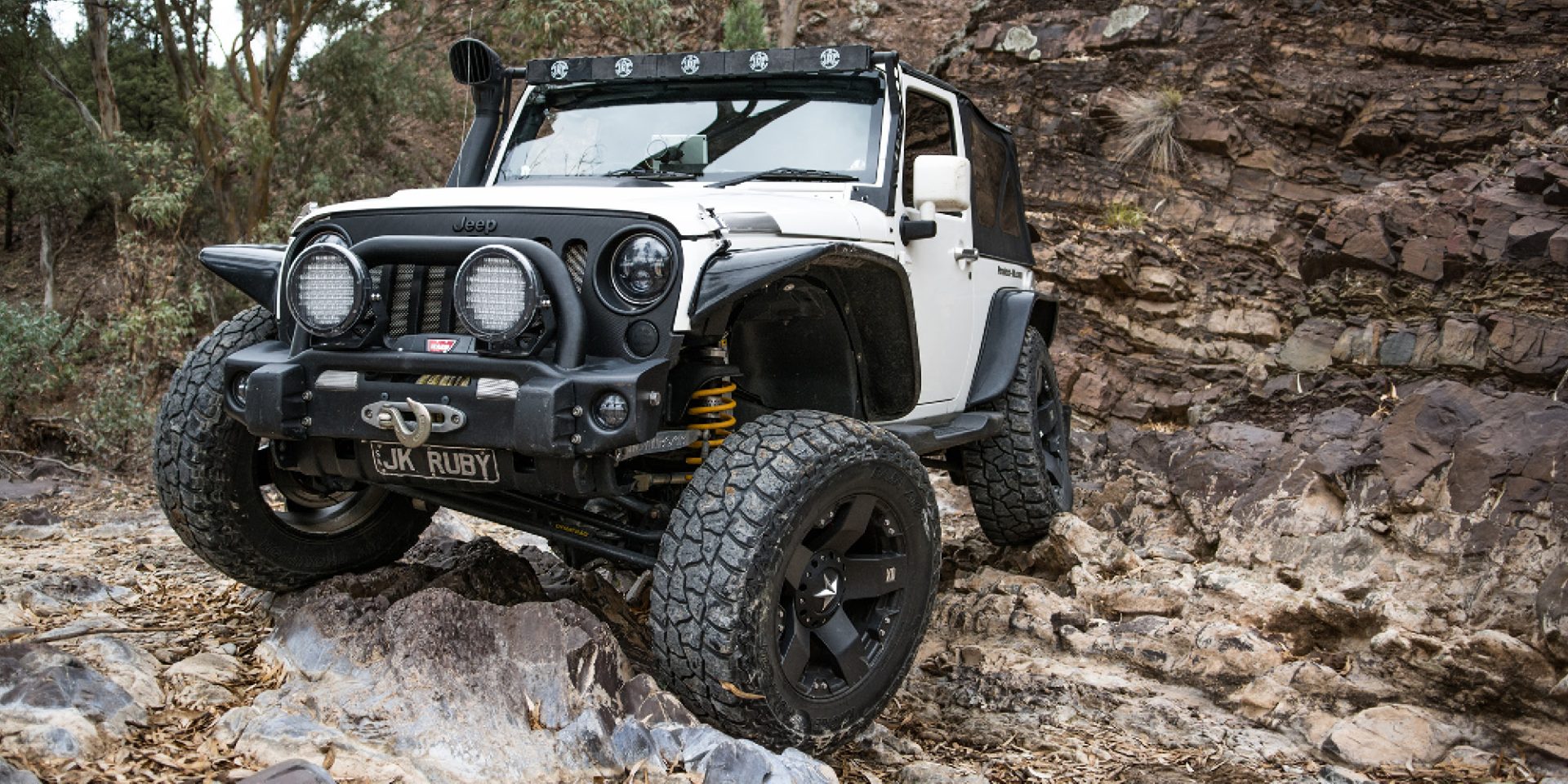 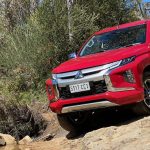 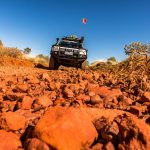