With a few mods and a heart transplant, this mighty little Zook proves you can go touring in a small 4X4… and tow a camper too.

Paul Rooke loves a mighty little Zook, having modified a number of Suzukis over the years, preferring the lightweight and smaller dimensions they offer. It seems Paul is a man who wants the best of both worlds though, thus deciding the only logical option was to build a light (and legal) camper to tow behind his highly customised Jimny. Well, make that two camper trailers… this is actually the second-generation camper trailer he built, proving to be lighter yet stronger than the first version.

With talk about overloading, GVM upgrades, GCM and so on filtering through the 4X4 mainstream, it’s refreshing to see a lightweight but not minimalist camping rig. Don’t for one second think that this Jimny hasn’t been modified extensively too – it has, with most work and fabrication done at home by Paul.

Some custom 4X4s are a long list of parts purchased and fitted; not this one. In fact, this would have to be one of the most unique Suzuki Jimnys in Australia.

The owner Paul Rooke is one of those smart and artistic types – in this case, a graphic artist running his graphic-design shop in Brisbane. As if graphic design isn’t creative enough, and Zooking around isn’t cool enough, Paul also runs a skateboard deck company, moulding timber veneer decks inhouse with unique art from the man himself. Cool!

Paul loves to burn metal with his cheap gasless MIG welder and an angle grinder, with enviable results all over the Jimny. From a simple switch panel or mudflap mounts to low-profile roof rack and bike rack, Paul builds it himself. He even built a ceiling net for holding lightweight items.

Paul used to enjoy a lot of rock crawling and a bit of playtime in the mud. Nowadays the Suzuki tends to be used on the beach, towing the super-lightweight custom camper-trailer that Paul built from scratch. With Moreton and Fraser Islands not too far away and plenty of mainland beaches too, sand is definitely the terrain this Zook is built to excel on.

This 2006 Jimny JLX was Paul’s wife’s suburban runabout. When she updated to a hot Mini, Paul retired his black Jimny and started the parts swap over to the silver Jimny seen here.

At first glance, there’s a custom two-tone silver paint job and tinted windows, steel bar work in the usual spots and a rhino graphic. Moving closer reveals a tasteful array of official-looking Suzuki stickers and Paul’s business advertising. Stick your head under the back of the vehicle and the airbrushed skull glares evilly back.

To mount the LED driving lights and removable winch, Paul fitted a leopard steel bar, modified with a hitch receiver. The winch is a 3000lb electric job that Paul mounted on a removable cradle with Hayman Reese style tongue to fit the bull bar or towbar as needed, and 150Ah Anderson plugs provide power. The winch may be small by 4X4 standards but a double-line pull will get the Zook unstuck without fail.

The roof rack is another Paul special, designed and built in the workshop as a place to mount an LED light bar and awning. Small LED work lights are mounted in the roof-rack legs, perfect for light under the awning.

Most changes Paul has made were for logical and utility purposes. To eschew this norm, there’s a tailgate spoiler. Paul said it was cheap and the right colour, so it just had to be!

Back to logic though, how many Cruiser and Patrol owners get around with a couple of 20L jerry cans on the back to increase range? This Jimny has a single 5L jerry mounted to the back door. It’s enough to get out of trouble. The jerry holder also supports an LED reversing light.

Inside the Jimny there’s a custom centre console, satin aluminium grab handles and trim with blacked-out plastic interior trim. Sharp aesthetics abound. The back of the car has a fabricated storage system under a shelf big enough for a mattress for overnight trips without the trailer. The DVD player with six-speaker surround sound system would certainly help a rainy night on the beach go faster!

Possibly our favourite, simple and clever interior mod is the pop-up floor drain plugs. Just lift the carpets and start hosing. Coupled with the Electronic Rust Prevention System, the

Jimny should avoid the salt monster’s touch for a long time!

The modifications began in earnest in 2010, starting with a homebrew storage system for the back, before moving on to mechanical work. A few modifications were swapped from the previous black Jimny onto the newer silver one, making progress faster and cheaper. Paul does the majority of work himself, so if something didn’t fit or work as it should, he modified or adjusted till it did.

The original 1.3L VVT engine is a sprightly little mill in the stock lightweight Jimny, but that doesn’t mean it’s enough. Paul has upgraded to the M18 1.8L VVT engine from a Suzuki Liana, giving a significant boost to power and torque. For a bit more of everything, Paul has improved the air flow with a larger airbox, larger bore andbetter routed hoses, and a relocated MAF sensor.

A snorkel provides cleaner air and a K&N filter sifts out whatever grit does get into the intake air without restricting flow. The old trick of porting and matching the manifold and head and opening up the throttle body helps the engine breathe. Downstream a stainless steel 2-inch exhaust with tuned extractors helps with power too.

Nobody in their right mind wants a loud exhaust drone for the highway stints, so Paul has fitted a 12-inch baffled hotdog and 10-inch tri-flow muffler to give it a nice note but keep the noise down.

This Jimny has had more gearbox and transfer changes than anyone could expect, with the goal of getting the perfect on-road cruising and off-road towing ratios over an evolving build. Paul finally settled on an earlier MkII Jimny gearbox, transfer from a 1.3L WT Sierra and 4.09:1 diffs from the earlier Jimny too. Paul initially had crawler gears for a deeper low range – ideal when rock crawling, not so good for towing on sand, hence refitting the factory low-range gearset.

Crawl under the Jimny and there’s little that hasn’t been touched: ORA front control arms with castor correction, adjustable Panhard rods, rear shock mount extensions, Tough Dog Coils, and spring spacers with Gabriel shocks matched to the travel available controlling the ride. There’s even LED rock lights underneath – an accessory Paul says is just for the hell of it.

To pull up the ensemble, Paul has converted the drum rear brakes to discs using a kit from ADD Engineering, which uses Mazda 323 calipers and Jimny front rotors. The engine and brake conversions are all mod-plated to keep it safe and legal.

Paul is happy with the mighty little Zook, spending more time enjoying it than building it now, but next time the gearbox is out he would like to replace the clutch with the heavier Liana flywheel and clutch kit. Other than that, we reckon this mighty little Zook is just about spot-on.

Head to the following link the check out more beaut custom 4X4s. 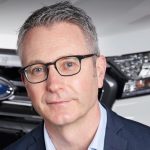 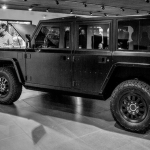