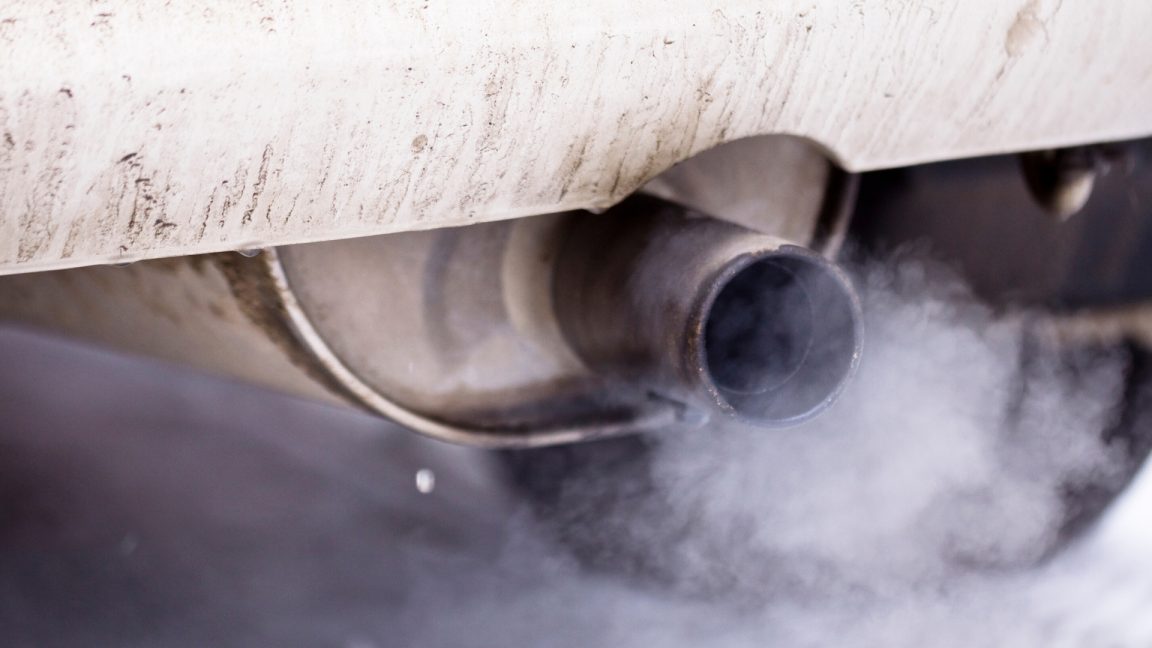 Diesel Particulate Filters (DPFs) have a lifespan and some will last longer than others, here’s what you need to know about DPFs before buying a second-hand diesel 4X4.

The diesel particulate filter (DPF) has made a lot of headlines of late, most involving tales of smokescreens, class actions and other woe. With tightening emissions regulations making them mandatory for modern diesel vehicles – and DPF-equipped vehicles now common in the used-car market – are they something the used-car buyer should be wary of?

The short answer is yes. DPFs are highly maintenance-intensive and, if they aren’t treated properly or problems are ignored, they can suffer catastrophic damage. They also have a shelf life that might not always be as long as that of the vehicle. With the price of a factory DPF replacement running into the many, many thousands of dollars and even aftermarket replacements a four-figure commitment, the cost can be uneconomical or even exceed the value of the vehicle itself.

All of which means they should be added to the list of things to focus on when looking over a potential used purchase. So how do you minimise the odds of buying a vehicle with a dud DPF? We asked DPF Sales Australia Director Charles Anderson – a man who lives, eats and breathes DPFs – for his top tips.

Predicting how long a DPF might last is tough – some can require replacement within a few years, others can last the life of the vehicle – but its odds of replacement generally increase in line with the odometer reading.

For that reason, says Anderson, you should budget for future DPF replacement – and haggle harder – on any used vehicle with an odometer reading approaching those latter marks, just to be safe. While there are exceptions to this rule, they tend to be vehicles that have enjoyed the ideal combination of use and maintenance.

Try and find out the history of the vehicle

Because DPFs need heat to perform a regeneration – the self-cleaning process that burns off the soot trapped by the filter – they tend to last longer in vehicles that do a lot of highway miles than those that perform a lot of short trips.

So try to ascertain how the seller has used the vehicle. Is their day job just around the corner (i.e. meaning only do short drives – bad) or do they schlep the highway to a more far-off loco (i.e. good)?

“Mind you, there are two ways to look at it,” says Anderson. “If you can factor a new DPF from us and negotiate a better deal on a low-mileage car, it’s probably better than buying one with a healthy DPF that has done 500,000km.”

Be wary, too, if a vehicle has a very low fuel-tank reading when you’re taking it for a test drive. Running a DPF-equipped vehicle on a very low tank can result in it avoiding the regeneration process to save fuel – an owner who habitually does this could be shortening the life of the DPF.

Look at the books

“Usually a big turbo failure or cylinder-head gasket failure will kill a DPF, so if you haven’t got a receipt for a new DPF and it happened just before they sold the car, be wary,” says Anderson. “If you have a stuck-open thermostat the cooling system won’t get up to temperature and the car won’t perform a regen. Because a lot of cars don’t have temperature gauge anymore, the driver is unaware and they just drive it until it blocks. One blown glow plug, too, is enough to block a DPF.”

Another common cause of DPF failure is issues with the pressure-differential system that determines if the filter is in need of regeneration.

“If this happens the signalling will never go through to the car to tell it to do a regen,” says Anderson. “The car can be quite capable of doing it but it’s not told to.”

Look also for what type of oil has been put into the engine and at what intervals – if a specific low ash/low sulphur blend hasn’t been used, or the intervals are continuously stretched, the DPF’s life will be shortened.

Be wary of modifications

Correct DPF operation is dependent on all systems in the engine working as they were designed to. A car with poorly conceived or executed engine mods can throw out this balance.

“The DPF is just a lump of ceramic acting as a filter,” says Anderson. “There’s nothing it can do; everything is entirely dependent on the supporting systems in the car working correctly.”

That extends to modifications to the DPF itself or, worse, its deletion, something that’s not only undesirable but illegal.

“They’re really tightening things up now,” says Anderson. “In the Northern Territory, technicians can actually go to jail for five years for taking the DPF off.”

What to look out for…

A failing DPF will come with tell-tale symptoms, from the check-engine light or DPF light shining on the dashboard to hard-starting and a loss of power. If any of these issues are apparent on the test drive, think twice.

“If the system has excessive back-pressure, the turbo’s not going to work efficiently, so it could be down on boost,” says Anderson. “If it’s bad enough the car will go into limp mode and won’t go past 40km/h or whatever, it’ll basically be undriveable, but it can also be just be a slight loss of power. If the car doesn’t feel as responsive as one you drove earlier, you’d definitely put a question mark on it.”

A car that performs a regeneration during your test drive – while not necessarily a harbinger of doom – is also potentially problematic. “It doesn’t always mean there’s something wrong,” says Anderson. “But there’s a fair chance that if you’re driving a test car for a few minutes of its life and it happens to be doing a regen, it may be a situation where it’s continually trying to do a regen and that’s why they’re selling it.”

Your nose will tell you if that’s happening. “When a regen happening it has a really pungent, really unpleasant smell,” says Anderson. “People describe it as a toxic, chemical smell.”

Finally, glance in the rear-view mirror when accelerating (safely) and look for smoke. White smoke indicates that unburnt and vaporised diesel is getting into the system, while blue smoke can indicate serious damage to the DPF’s internals. Black smoke, meanwhile, is an indication that the DPF is no longer doing what it’s meant to – acting as a filter.

“Black smoke means they’ve taken the guts of the thing out or it’s melted a hole right through the centre, or it’s got a big crack or something,” says Anderson. 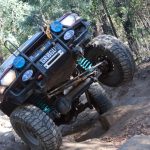 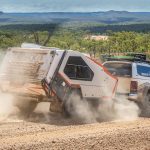