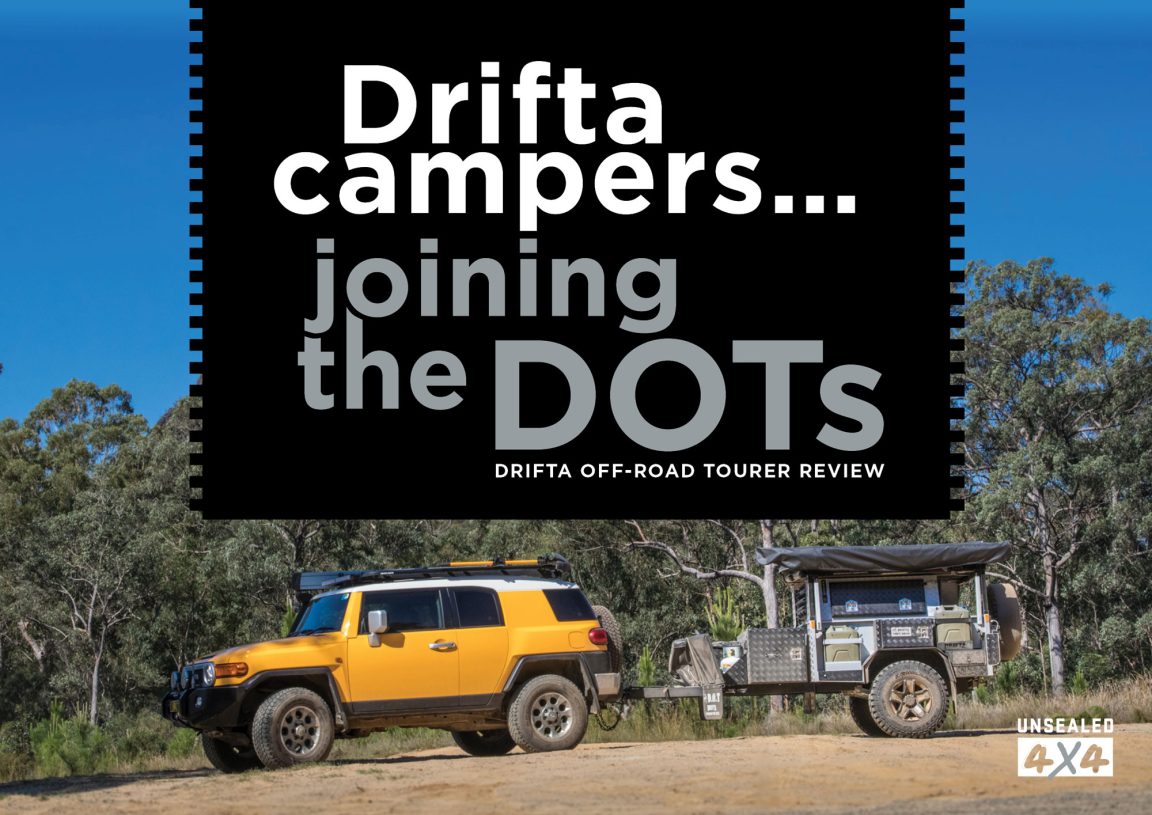 With its agricultural/tradie look, the Drifta Off-road Tourer (DOT) is a big hit right around this wide brown land.

They certainly stand out from the crowd of imported look-alike trailers. The DOTs are specifically designed for camping, by Luke and his team at Drifta HQ in Gloucester at the base of the Barrington Tops.

These trailers have travelled to a whole swag of remote locations including the Vic High Country, the Canning Stock Route and on the Old Tele Track on Cape York. It was time for us to get hold of one for a review. Sure, we’ll look at the accommodation on offer, but let’s look at the trailer and what it can handle first.

With a tare of around 800kg, it’s pretty light (so easy to tow) and stops well with its 12-inch electric brakes. The independent suspension model is named the ‘Toft’ after a lot of R&D by Adrian Toft and his son Callum. If you have eaten sugar in the last 50 years, there’s a good chance it was harvested by a Toft harvester made in Bundaberg. OK, enough of the history lesson – what about the trailer?

With camera in hand, I followed Tofty down the track which has some nice sandstone ledges running diagonally across it. No problems with the first few smaller steps and holes; the FJ took it slowly down. Nice. The track got steeper and the ledges got higher. Tofty is used to driving a diesel so he let it crawl down. Too bad the FJ’s auto petrol crawls a bit faster than a diesel. The FJ hit the second step a bit faster than you’d normally want. Because the DOT was in tow, it took it a bit fast as well.

No problems. The twin shocks on the independent suspension did their job dampening the load. So we did it again. A couple more times, actually. With a tall trailer, weight distribution is very important. Keeping the weight low and towards the rear is best. The trailer can handle the rough tracks… but be careful how you pack for that big trip.

If you have never seen a Drifta DOT before, the agricultural look may take a bit to grow on you. They rarely come up for sale second-hand as people tend to hang on to them. The design makes them very easy to live with, and the cost will leave you some change for extras. Most have been customised to suit the owners and their particular needs.

We found a good spot to set the DOT up for camping. I let Tofty set it up himself to see how long it took him. Around five minutes. He’s done it before, you say? Yes, he has; but the awning had drop-down poles attached – no ropes required. A couple of curved ridge poles to put in, get a bit more fall on the roof by raising the electric actuators, and the awning’s done.

What about the bed? This model had the Backtrax rooftop tent on it. Undo four clips, out with the remote and raise the roof. Bed stays made. Open the rear tailgate, grab the ladder out of the slide-out drawer. Slide that drawer back and slide out the other drawer for the kitchen, drop the legs down and kitchen done. I’m sure you can now see why it was so quick. This Drifta DOT is set up for touring but it can be used for those week-long stays as well (when you attach the canvas walls).

WHAT’S IN THE TOOLBOXES?

Whatever you want. On this DOT, one wheel-arch box has pegs, ropes and hammer. The other has charcoal and fireplace equipment. Both are obviously very easy to access and they keep that type of dirty gear away from everything else. It doesn’t get dusty or wet as you travel, either.

The large front box has batteries, electrical charging equipment, hot water system and a lot more. In a small box on the left rear is the water pump which is easily accessible and out of the way of anything that doesn’t want to be wet. The large compartment on top of the main trailer is a large open area suitable for many things including chairs, clothes and whatever else you take camping. It’s accessible from both sides.

Most DOT owners get the Drifta kitchen drawers which come in different configurations combined with general storage. Drifta first came to prominence with its rear drawer systems for vehicles, and now fits out whole vans as well as 4WD vehicles and trailers.

In Tofty’s kitchen, he has a 45L Evakool fridge, multiple smaller drawers and a metho cooker. Most people have gas stoves but the metho stove looked pretty interesting to me – having used much smaller metho systems while backpacking.

DOES IT HAVE A SHOWER?

Yep, there is one attached next to the hot water and it takes only a couple of minutes to set up. It’s attached on the driver’s side and swings out before dropping the sides down. Remarkably easy. There are loads more features and options that are available. Too many to list here.

It makes sense. The Drifta Off-road Tourer may not be the prettiest, but it is incredibly practical and it will not break the bank. It’s a bit like a wolf hound… a bit ugly but it has the legs to go the distance. Once you have one, you’ll probably love it. 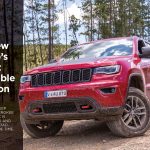 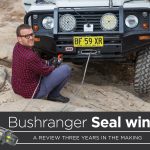