Holden has released special edition ‘Storm’ variants of the Colorado and Trailblazer, but don’t get too excited.

Holden is looking to get a piece of the ‘sticker pack’ market with the release of the Colorado and Trailblazer Storm variants. According to the press guff from Holden, the Storm packages offer added style and function for a bargain price. The Colorado Storm allegedly has $4800 of added value yet costs just $2000 more, and the Trailblazer has $3400 of added value but also costs just $2000 more than the variants they’re based on.

The additions to the Colorado Storm include a black nudge bar, black sports bar, LED light bar, roof rails, bonnet protector, and a soft-drop tailgate. The Trailblazer Storm adds the same black nudge bar and LED light bar, as well as a rear spoiler and rear sports fascia. Of course, no special edition pack is complete without plenty of stickers to make sure everyone who sees it knows its not just a standard Colorado or Trailblazer.

Hmmm. Okay. What we reckon does seem like good value is that Storm models ordered before 31 December 2019, will get seven-years free scheduled servicing as well as a five-year unlimited-kilometre warranty. 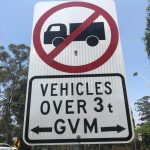 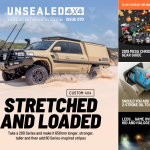