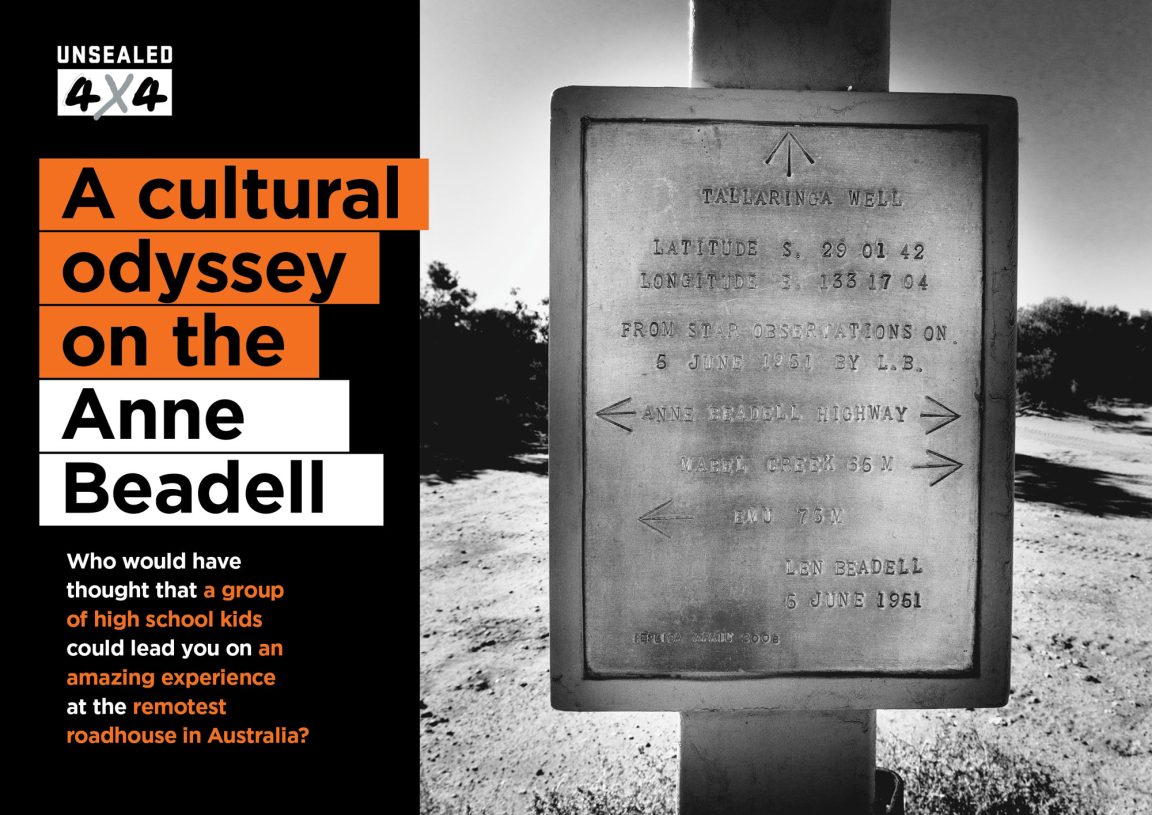 Who would have thought that a group of high school kids could lead you on an amazing experience at the remotest roadhouse in Australia?

THE EXCITEMENT OF THE ANNE BEADELL

I was excited as Coober Pedy disappeared in my rear-view mirror; the track towards Mabel Creek Station was dusty but well maintained. The epic Anne Beadell ‘highway’ is the same as when Len Beadell and the Gunbarrel Highway Crew first cut it in 1953. It was rumoured the track from Coober Pedy had been graded in the past three years and I was surprised that it was still in top condition.

The red sand, blue sky and green foliage makes for spectacular scenery. The track closes in at times so be prepared to earn some bush pinstripes. Slow down, reduce tyre pressures, and the journey will be more comfortable – plus you’ll get to see what’s out there.

The first Beadell marker was located at Tallaringa Native Well, part of Tallaringa Conservation Reserve. It was a great place to set up the first camp of the journey, being flat and open. A good hour was spent unsuccessfully searching for the well… frustrated by the incessant flies.

Ground Zero at Emu was reached on the second day, where two nuclear bombs were detonated by the British on 15 and 27 October 1953. The site was chosen because it was a flat saltbush plain. The surrounds still show evidence of the catastrophic explosions with Mother Nature still finding it hard to return the flora to its original state.

Once past Emu Junction, the track changed with the landscape. Now red sand dunes needed to be conquered and the swales were populated with tall cypress pines. Vokes Hill Corner is a popular campsite on the Anne Beadell – quite large with a Beadell marker and visitors’ book to sign. As the sun set on another day, the changing colours of the sand were amazing to witness and the remoteness sunk in.

The track improved even more after Vokes Hill. The dunes were redder than Pauline Hanson’s curtains, covered in spinifex and the occasional Ghost Gum. Upon crossing Serpentine Lake, I entered Western Australia. I’d only covered half the distance required in just over five hours. Four hours later I reached Ilkurlka, a beacon in the desert.

Talking to Phil Merry, the current manager of Ilkurlka Roadhouse, I learned, “A thousand tourists a year pass through Ilkurlka, but we need a thousand more to break even.”

The roadhouse runs at a loss but it’s important to the community for cultural reasons, exposure for Spinifex artists and vehicle rescues. Phil has worked summers here for more than seven years before being made full-time manager 12 months ago.

He also told me how painful it was having to liaise with three councils to get roads graded. The current north-south community road is in terrible condition. Currently, there’s not enough money in the community budget to pay for road maintenance.

The roadhouse offers good basic supplies, fuel, water and camping. You can also access the outside world via a payphone (phonecards can be purchased from the store) or user-pays Internet.

The campground is spacious and includes a sheltered wood BBQ, bench and rainwater tank. There’s a clean pit toilet with a tap that spews bore water fit for drinking. A donkey shower was a great discovery. After I lit the fire I enjoyed a hot shower.

The Cultural Tour is a collaborative effort as part of an initiative from the local Anangu people of Tjuntjuntjara, the community’s vocational education and training initiative and the Ilkurlka Cultural Centre which is in the heart of the Spinifex Lands. It is a unique experience in a special part of the country.

The tour began with some bush tucker – a taste of Spinifex bean. I was given the opportunity to hold a Thorny Devil, my favourite lizard, as the kids showed me the tracks of animals in the sand. They explained what had created the tracks, then made some of their own with just their hands and fingers – a cat, goanna, snake, emu and Mallee Fowl.

A search for maku (witchety grubs) was successful – with one big, fat juicy specimen found in the roots of a Wanderrie Wattle bush. Jumping into the ute, we travelled to nearby Kalaya (emu) Rock Hole. As the billy boiled on a small fire, I was told the Dreamtime story of the rock hole. It was created by an emu who knelt to drink, its imprint still able to be seen. Later, when Anangu would camp around the rock hole, they would poison a small nearby rock hole with the leaves from a Walkalpa Pituri tree. Emus would drink from the water, becoming disoriented and easy to kill. The witchety grub was cooked in the coals, then shared amongst the guides – I decided not to indulge.

I was shown how to launch a kulata (spear), tjutinpa (throwing stick) and kali (boomerang). My efforts were useless compared to the skilful students. The spears and throwing stick are made from gum whilst the boomerang and carrying plates are shaped from the harder Wanyari Mulga.

Lee explained how the community had to relocate to Cundeelee near Kalgoorlie due to the nuclear tests. They didn’t understand the paper that fell from the sky, orders to evacuate written in English! A lack of water and desire to move back to their lands ended with them arriving in Yakatunya before moving further north to Tjuntjuntjara in 1989. The last family members walked out of the desert to join them in 1986.

I shared water directly from the Ilkurlka bore with the guides – crystal clear, cold and refreshing. We went in search of kamparumpa, a bush tomato that is good tucker but wasn’t quite in season. At another rock hole, I learnt about the Seven Sisters who led the tribes from rock hole to rock hole throughout the desert – spreading the people north, south, east and west.

When the tour was finished, I was invited to share marlu wipu (kangaroo tail) with the guides. As the sun set, a fire was lit on a sand dune. The kangaroo tails were placed on the coals, then covered. As we waited I listened to stories, learnt some local words and laughed at the jokes told… it was a surreal experience.

Once cooked, the skin was removed before the kangaroo tails were dissected with a knife between the joints. It was a battle for Lee – the hot flesh burning his fingers as he cut. What was it like? Maybe not for everyone; but a healthy and tasty meal for Anangu.

Paleeya (goodbye and thank you) to Phil, Paul, Lee, Lydon, Jarmin, Talisha and Donna for inviting me to Ilkurlka to learn just a little about your ancient culture.

WHERE: The Anne Beadell isn’t mentioned at the Mabel Creek turn-off from the Stuart Highway, a couple of kays north of Coober Pedy. The Anne Beadell Highway begins near the Mabel Creek homestead. With 760km to get to Ilkurlka Roadhouse, ensure you’ve got enough fuel, water and supplies to cover the distance. The condition of the Anne Beadell changes but prepare for severe corrugations, soft sand dunes and close growth along the track.

PERMITS: You will require a number of permits to traverse the South Australia section of the Anne Beadell Highway.

Tallaringa Conservation Park
The web page says you need a Desert Parks Pass for Tallaringa; however, this is only optional.

Woomera Prohibited Area
You will also need to take into account the WPA exclusion periods.

CAMPING: A well-spaced campground with donkey shower, clean pit toilet and covered BBQ area. The bore water is good for drinking and you can refill your tanks if you ask permission. Bins are provided but they ask that butane cans NOT be placed in the drums as they burn the rubbish in the bins. Firewood is provided.

SUPPLIES AND FACILITIES: You will need to be totally self-sufficient due to the remoteness and distance between towns. The roadhouse supplies diesel and Opal fuel, a limited range of groceries and soft drinks (no fresh produce) and locally produced Spinifex Arts Project artefacts.

TRIP STANDARD: This is extremely remote country and the Anne Beadell is not recognised as a maintained track although it has been graded in places in the last couple of years. 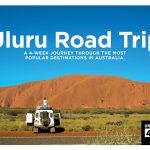 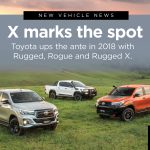