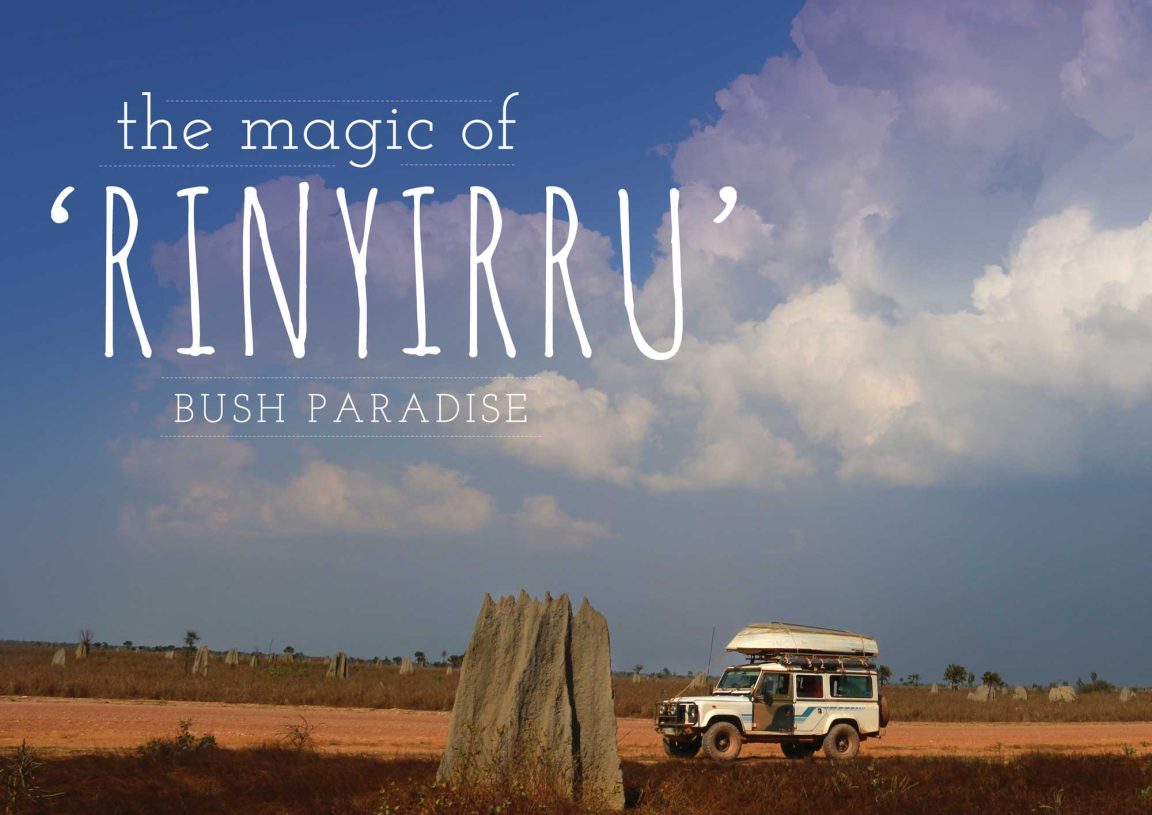 Sometimes your journey is more important than your final destination

While reaching the very tip of Cape York is the Holy Grail for many bush adventurers, some of us know that the journey to get there is just as, if not more, special. As do those who have diverted to Rinyirru National Park to become captivated by its special natural magic.

Located in south-eastern Cape York, the vast 537,000 hectare Rinyirru Reserve (formerly known as Lakefield) stretches some 100 kilometres from nearby Laura township to the muddy, mangrove-fringed Princess Charlotte Bay in the north.

The landscape is clothed with expansive tropical savannahs dotted with thousands of giant termite mounds, and interlaced with a wealth of rivers, billabongs and swamps. These healthy ecosystems support an abundance of wildlife, with that definition also including a striking array of plants. Even the river sources are diverse. The East Normanby rises in rainforest-clad mountains south of Cooktown, and the Laura and North Kennedy catchments are found in gnarly sandstone landforms to the Park’s south and south-west.

A short distance away, sandy-coloured agile wallabies chewed contentedly on short grass that had sprouted after a Ranger-induced controlled burn. Further out wide on the floodplain, stately brolgas danced spectacularly amongst a striking setting of termite mounds and a pair of wedge-tailed eagles effortlessly sailed the thermals above. And all this while a freshly-caught barramundi baked in the glowing coals of the fire. This is what bush camping is all about.

The northern part of the Park is the traditional country of the Lama Lama people; the southern section is that of the Kukuu-Thaipan people. They were the first peoples to camp on, and of course expertly gain a living from, this naturally rich country. Nowadays, modern bush explorers are fortunate in having over 100 designated sites dotted around the Park to camp on – typically positioned beside a picturesque river or billabong. Our favourite camping spots lie alongside along the Normanby and North Kennedy Rivers, Melaleuca Waterhole and also Jam Tin Creek.

The Kalpowar Xing camping area is formally set out and offers flushing toilets, cold showers and a short exploratory walking track; while hybrid toilets are also sited at the Hann Xing. Look for fossil ammonites in the rocks in the riverbed below too – they’re absolute crackers. All the other places offer pure bush camping, so self-sufficiency is a must.

Each campsite has varying amounts of shade from trees, so it pays to carry a tarp, gazebo or awning for protection from the tropical sun. Significant rainfall is uncommon during the tropical dry season in this part of the Cape; however every few years old Huey does surprise us and throws a bit down!

As well as all the usual camping gear, a good shovel is needed for toilet duties. Many people wisely dig a small latrine, fitted out with a folding camp toilet seat and cubicle to make life so much easier. Campfires (with care) are allowed, providing plenty of opportunities for some great camp oven cooked meals.

Rinyirru has long been famous for its barramundi fishing, and both lures and live baits will take this iconic tropical sportfish. Freshwater prawns (Macrobrachium) captured in opera house traps (baited with parboiled potato) are a particular favourite – especially during the cooler months when fish appetites have dropped somewhat. The prawns too are great on camp oven cooked pizzas, and in curries and omelettes!

Camp 20 beside the North Kennedy River, Browns Creek on the Bizant River, Lower Whiphandle on the Normanby, and Basin Hole at Jam Tin Creek are positioned alongside tidal waters and allow boat access downstream to the lower estuarine reaches where a greater variety of saltwater fish species live. Mangrove jack, fingermark, blue and threadfin salmon, estuary cod, jewfish and trevally and queenfish – plus the delicious mud crab – are common captures in these tidal waters.

The Park’s abundant wetlands are a major scenic attraction, whether they be the deeper paperbark and coolabah lined billabongs, or colourful swamps decorated with a profusion of water lilies. Low Lake in the north-west, Breeza, Red and White Lily Lagoons in the centre of the Park, and Little Kennedy Lake and Horseshoe Lagoon in the south, are excellent such examples. Waterbirds are often abundant (particularly later in the dry season) and offer excellent photographic opportunities.

The iconic plant of Rinyirru is undoubtedly the imposing, stout-trunked Kennedy palm, common along many watercourses and the adjacent flood plains. Not only does it look like it comes from the dinosaur era, this palm has an amazing life cycle. It grows for about 40 years, then flowers for the first and only time – with the biggest flower head of any plant on Earth. Then it seeds – and dies!

Two general types of termite mound can be seen, the irregularly round ‘cathedral mound’ and the ‘magnetic’ type, and many exceed four metres in height. The termites that build these are actually grass (not timber) eaters. As such, they are vital in recycling nutrients across the savannah landscapes, and each mound serves as a huge natural compost bin. Large mounds may be home to up to a million termites or more. The magnetic mounds face north-south, which for bush navigating is a great asset… so long as you know which end is which.

Their skinny design and magnetic alignment is thought to be a temperature-controlling mechanism. During the morning the sun hits the eastern face; during the afternoon the western face. However during the hottest middle part of the day, the least amount of mound is exposed to the sun – helping to keep the inside cool.

Both the large and potentially dangerous estuarine (saltwater) crocodile, and smaller, narrow-jawed freshwater crocodile inhabit the Park… a major drawcard for visitors. Both species are apex predators and play vital roles in keeping tropical river ecosystems healthy. The proof? Areas with the best barramundi fishing (anywhere in northern Australia) always have good populations of crocodiles, and it is thought that crocs in particular help keep catfish numbers in balance. During cool weather, keep an eye out for them basking on the banks. Catfish and Old Faithfull Waterholes are good places to go croc spotting; while those people with boats, fishing tidal reaches, often see these amazing reptiles basking on the mud banks.

Safety is always a consideration of course. However the risk from crocodiles, although very real, is often blown out of all proportion. Being crocodile-wise is like driving safely.

Simply staying out of their environment (the water) or other potentially dangerous situations is the go. Throwing fish frames in the water near camp or leaving them on the bank is especially dangerous.

The official advice is to camp at least 50 metres back from the water’s edge, and five metres back if fishing from a low bank. We use a small 12-volt water pump and hose to extract water from the river – both for safety and ease. If you have a good torch or spotlight, shining it into the river at night can be especially rewarding as all manner of animals become active during the dark hours.

Because of its remoteness and gravel road access, Rinyirru is best accessed by four-wheel drive, and only during the dry season from approximately April to November (this can vary according to the duration and extent of the wet season). From September onwards, increasing heat and humidity during the ‘build-up’ to the Wet can make life a little more challenging… but certainly not intolerable. It’s simply a matter of adapting to the conditions – avoiding the midday heat, drinking plenty of water and covering up.

Camping permits need to be pre-booked online, or at the booking facility provided at the Lakefield Ranger Base (LRB).

This truly magic destination – one of Australia’s iconic National Parks – is reached from the south-east via Cooktown (180km to LRB); the south via Laura township (85km); and when coming from the north, by turning off at Musgrave Roadhouse (110km). 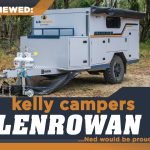