There’s actually a really easy way to beat the crowds this summer.

We all love that feeling. There’s a long weekend coming up or we’ve taken the time off for the school holidays, we pack up the 4X4, hitch up the camper and get going. You tell yourself that yeah, the traffic is bad getting out of town – but you can relax when you’re setting up camp at that nice little spot you have picked out. The stress will just evaporate then… only you get there and you notice that there is roughly an equivalent amount of other campers at your ‘secret’ spot to rival the population of a small African nation.

Kids are running around screaming everywhere; there’s a group of P-platers that collectively have a dozen sub-woofers between them (and they’re putting them to use); the bloke with the clapped-out Pajero and 1980s pop-top has just fired up his WWII-era generator and you have to take a second look around to make sure you didn’t take the wrong turn and accidentally end up on the set of the next Mad Max flick.

Pretty much all of us have been through a similar scenario before, and sometimes it simply can’t be helped. Camping within a few hours of any major city in prime holiday or weekend time is always going to be busy… but does it have to be that way? Surely there’s a way to escape the crowds and get some good relaxation time in. Right?

Actually there is. But it does take a little planning. It essentially comes down to timing. School holidays and weekends are the busiest times – it’s just the way things are – so we’re forced to improvise.

Now I don’t know about you, but I think sacrificing a couple of sick days is well worth it in the quest to find solitude without having to be behind the wheel for 10 hours of blacktop boredom. So that’s exactly what I did recently on a trip to Pebbly Beach, just north of Coffs Harbour. This is one of my favourite campsites on the entire east coast – along with pretty-much everyone else. Thursday through Sunday it can fill up pretty quickly, and in school holidays it can look like Woodstock.

Then I had a bit of a lightbulb-above-the-head moment.

Why not take Monday, Tuesday and Wednesday off? I’d miss the school holidays by a week; I could drive up on Sunday night when the weekend campers would have long since departed; and I could have three solid days on one of the nicest stretches of coast in the country all to myself.

What could possibly go wrong?

As it turned out, not a lot… unless you count driving through bushfires, copping some monsoon-spec rains, hail the size of golf balls and getting the Amarok and camper bogged to the rails. But hey, it’s all part of the adventure.

It all kicked off on the Sunday after my long-suffering girlfriend and I made a couple of ‘got a problem with my eyes, boss; I can’t see myself coming into work in the next few days’ calls. The 4WD was already packed and the Jurgens TuffTrax hitched up, so as soon as the phone was put down we were on the road.

We left Sydney about 4pm, aiming to be on Pebbly by about 10pm. But fate decided to intervene and we were held up just north of Newcastle by bushfires. The RFS had closed down the highway and we were facing a four-hour detour to get around the obstruction. After a brief discussion we decided to grab a bite to eat and have a bit of a snooze while we waited. Around midnight the highway was re-opened and we had an eerie drive through heavy smoke and blackened scrub, with spot fires still burning on the sides of the road. Geez, it really gave us a glimpse of what the firies have to go through when battling these infernos. You can’t help but have a lot of respect for those folks.

Fast forward through a few hours of boring highway driving and we arrived at our destination around 4am. A little later than we’d expected… but we paid our fees, drove down the sandy track to the beach and crossed Station Creek without incident before finding a beaut camp about 20 metres from the water.

Three minutes later we were asleep, tired after the drive; but the alarms were set for ‘early’ so we could make the most of our time at Pebbly. It was a bit of a stumbling start, but things were looking up.

The next morning we jumped out of bed to see if our plan had worked and if we had the place to ourselves – and yep, we did. Well, almost. There were a couple of backpackers up the other end of the campgrounds – but they were a quiet couple who kept to themselves, so they hardly counted as an intrusion. The sun was shining, the water looked like it was straight off a postcard, and after we’d set up our awning and dug a fire pit (after going online to make sure there were no fire restrictions in place), we set about getting some fishing, swimming and general relaxation in.

And it was lucky we got it while the getting was good, too. By late afternoon the wind had been picking up steadily and the sky had turned dark enough to remind you of the lyrics from a death metal song… there goes the plans for the fire tonight.

By sundown we were in the middle of a rainstorm that had us looking around for an old bloke with an ark full of animals floating by. Thank 8lb baby Jesus for the large awning on the TuffTrax, or we would have been drenched.

We turned in early and woke up the next morning to the now monotonous sound of the downpour bouncing off the roof of the camper. It continued on for most of the day, only punctuated by a mid-morning hailstorm that had me worried for the 4X4’s bodywork… and of course I was driving my boss’s vehicle, too. That worry turned into full-blown anxiety during the course of the hail – but luckily the sheet metal sustained no damage and I could slip back into ‘relax’ mode.

The storm kept up for a day and a half, but we still managed to get some fishing in (the rain was obviously keeping the fish away). We had a couple of swims as well; but it wasn’t what you’d call ideal weather. But hey, we didn’t see another camper until the last day when the weather cleared.

A couple of German tourists were attempting to cross Station Creek at high tide, a few hours before we left. It was good to see them doing the right thing and walking the crossing before attempting it with their Disco II and camper trailer, but it was simply too deep for the snorkel-less vehicle. I wandered over for a chat. It turned out they were two mates from Berlin who were doing the hot lap of the country – a trip they’d been planning and organising for the last five years.

It was difficult not to instantly like these blokes. After a brief discussion and directing them up to the shallower section of the creek (Pro Tip: it’s up to the right at the apex of the bend nearest the entrance) they were across and ready to find a camp.

As we packed up, we couldn’t help but congratulate ourselves on a fantastic couple of days of waterfront solitude that otherwise would’ve been spent in the office.

Yeah, the weather wasn’t perfect… but it was hard to be resentful. Paradise pretty-much all to yourself is well worth it. Weekenders will never be the same. 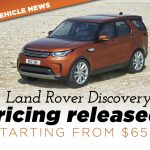 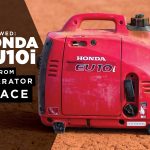