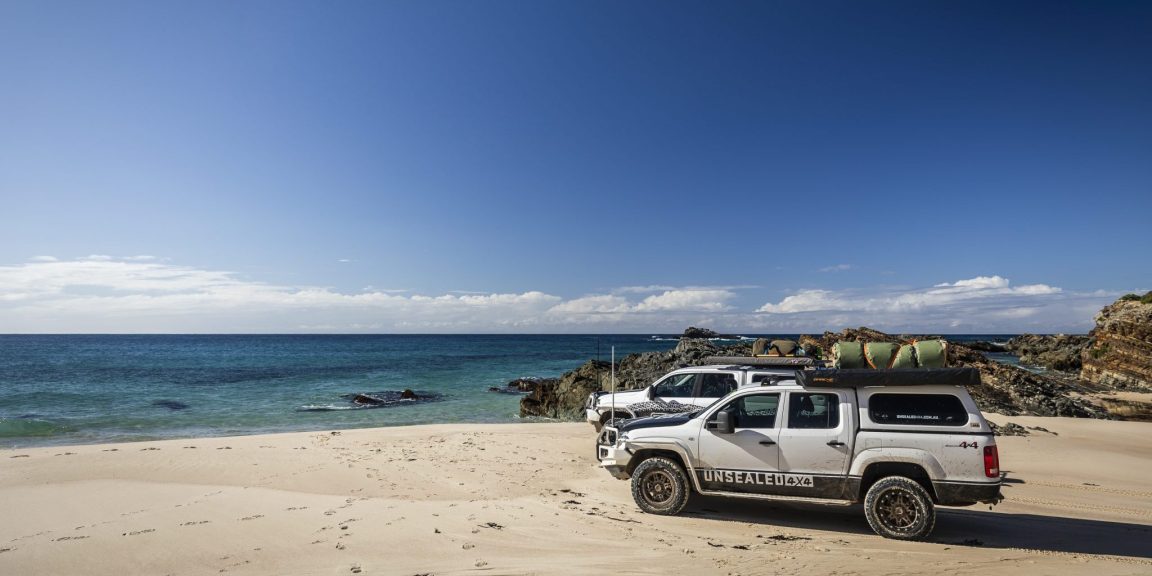 The closure of vehicular access to McBrides Beach is effective as of today, 9 February 2021, and involves the construction of a walking trail that has been in place since December 2020.

Initially, the McBrides Beach access track was ‘temporarily’ closed to vehicular traffic by the National Parks & Wildlife Service (NPWS) in November of 2020. This was done under the guise of work needing to be done to the track for safety reasons. At the time, many four-wheel drivers who had visited and enjoyed the area questioned the reasoning behind the track closure, and whether it would become a permanent closure, despite NPWS advising that this was only going to be a temporary closure, and that the access to McBrides Beach would be reopened as soon as possible.

In fact, the 4WD Association of NSW and ACT has confirmed that vehicular/four-wheel drive access was in the Plan of Management and as far as it was aware, access to the beach by four-wheel drives was to be maintained. It has now emerged, however, that the temporary-closure claims made by the NSW NPWS were false. 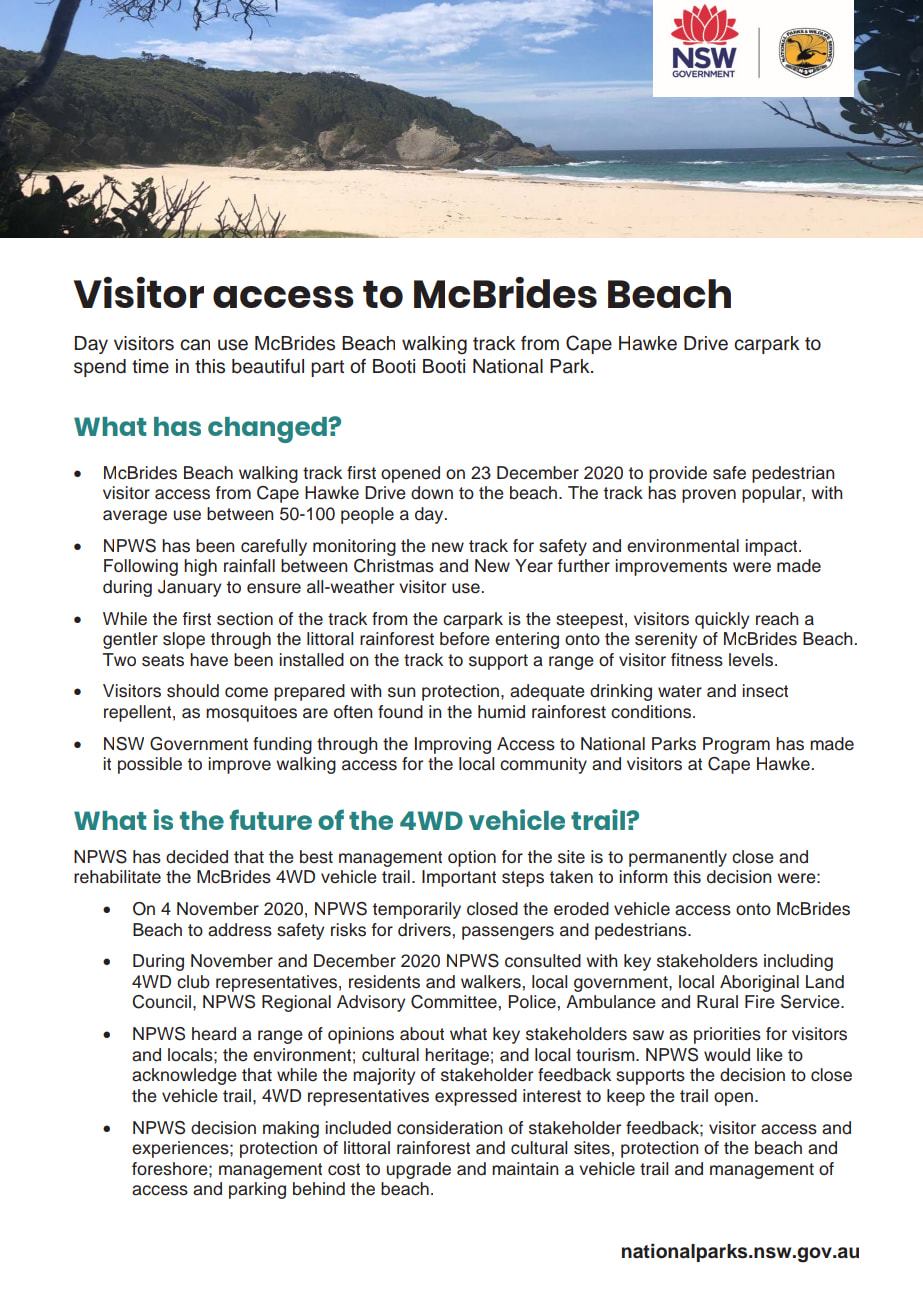 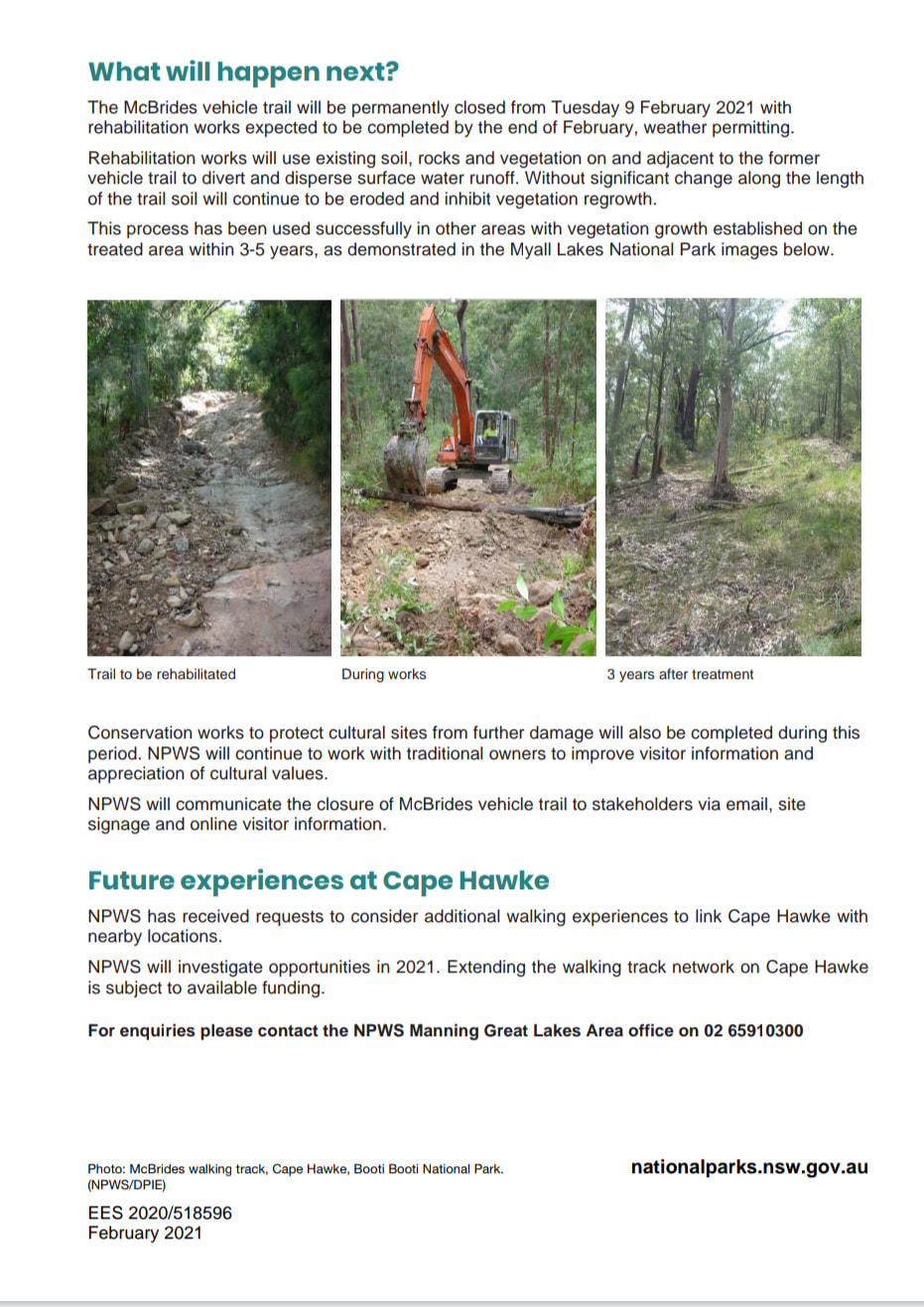 The attached screen grabs (above) outline the NSW NPWS plan for the area, and it now appears to us that vehicular access to McBrides Beach was never a part of that plan, even as far back as when the access track was first closed in November 2020.

Hit this link for an article on Environment NSW’s website where Kylie Yeend (the NSW NPWS Hunter Central Coast Director) stated as far back as 5 November 2020, “The new 560-metre walking track will maximise accessibility to McBrides Beach for day visitors wishing to swim, fish or picnic at this gorgeous spot.”  This statement suggests that, despite claiming to be in consultation with various four-wheel drive groups regarding maintaining vehicular access to the beach, the decision to close that access was made well before the consultation period.

For those wishing to have their voices heard regarding yet another stunning area being closed off to four-wheel drivers, feel free to get in contact with the NPWS here:

We reckon a phone call and a conversation as to why McBrides Beach has been closed off to four-wheel drivers would be a good start. Especially as the NPWS claims to be making the area more accessible and more inclusive for everyone; except, it seems, for those who are genuinely not able to walk the 560-metres down to the beach (think anyone who is not a fit bushwalker with a backpack). Bureaucracy at its finest! 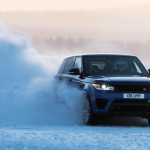 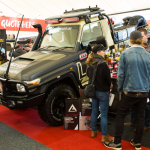