There is a debate raging in my head. On one side there is a pragmatic, reasonable man, who uses fact and logic. This man tells me that the Pajero Sport is a very good vehicle for the money, which can perform a variety of tasks quite well. It’s reasonably powerful and quite fuel-efficient; and it can seat seven with solid off-road capability and modernity.

On the other side of my mottled brain there is a more fickle guy… whose thoughts are largely defined by knee-jerk feelings and emotional reactions. This man despises the Pajero Sport. He sees it as intensely ugly, boring and unrewarding to drive – with a cramped interior and suspension that is only good for the bare minimum. The driveline feels like a lawnmower connected to a giant rubber band, and rear visibility is worse than a porthole in rough seas.

Who’s right? Well, both. And neither. In a roundabout kind of way.

There’s no denying that the Pajero Sport is very sharply priced. We’ve been driving the mid-spec GLS, which goes for $48,500. The GLX is a $45,000 motorcar, and the Exceed costs $53,000. Across the board, the level of inclusions is quite strong.

Toyota’s Fortuner is a bit more expensive ($47,990 to $61,990); Holden’s Trailblazer ($47,990 to $52,490) and Isuzu’s MU-X ($41,800 to $54,800) are probably the Pajero Sport’s chief competition in cheap mid-sized seven-seaters. Beyond the sticker price, the Mitsubishi drives a lot more value in its inclusions. The GLS is more like a top-speccer with leather interior, auto lights, keyless operation and a locking rear differential.

The interior isn’t a rehashed Triton one either; this one has been really reworked with lots of piano black, nice plastics and buttons. While it’s fleetingly nice to look at, you soon become acutely aware that it’s actually really cramped – with bugger-all storage. The driver’s footwell reminds me of a Pringles tin, and the interior quickly becomes ugly when you can’t find room for your stuff and you keep banging your knees. Visibility towards the back, with the comically-small rear window and raking D-pillar, completely sucks. But hey… you’ve got a reversing camera, right?

Put your stuff somewhere; live through the beeping as the engine starts without you wearing your seatbelt (is that really necessary? Is starting the engine before putting on your seatbelt such a heinous crime, you need to be driven to the gates of insanity with the incessant beeping?); and start driving.

Strangely, the first row is the only one that feels like a leather-and-plastic-lined coffin. The second row is quite spacious, and the third row is pretty good too – especially when you consider the size and wheelbase of the Pajero Sport are both fairly small. It’s important to note that the third row only folds flat when the second row is tumbled forward, which means it’s not as flexible as other vehicles in this segment. When you do dispose of those rows, it opens up a rather cavernous, flat load space (with a 12V plug and tie-down points).

If I had to pick one word to describe the way the Pajero Sport drives, it would be inoffensive. It’s not bad; nor is it good. The engine gives enough power through the middle of the rev range for acceptable performance; the 8-speed automatic gearbox (although not as smooth and seamless as others) gives good access to everything the 2.4-litre Mivec diesel has got. Push the engine really hard, and it starts to lose its composure. The car steers and rides quite well, but it’s also quick to turn the experience into something like driving a marshmallow when the going gets tough.

It’s not really a problem – but if you’ve got a mind to do some heavy towing or loaded kilometres off-road, you’d want to budget in some firmer shocks at the very least. As a painless and easy commuter, the Pajero Sport does a fine job. But for anything more, weaknesses do start to show up.

Off-road, the Pajero Sport is a nimble and effective weapon, once you get used to the poor visibility anywhere other than out through the windscreen. The short wheelbase makes for a great turning circle and decent rampover angle (23 degrees), and the undercarriage is all nicely tucked up away from impacts… save for that big balancing weight on the front of the rear diff. Articulation from the three-link rear end is decent, and a locking rear diff and decent traction control all make up a solid off-roading 4X4. While the driveline doesn’t have much in the way of engine braking (there is HDC), low-range gearing is not bad (2.566 reduction). It’s a relatively narrow vehicle, and while this doesn’t help the cramped nature of the interior, it does help on tight tracks. We managed to bottom ours out over a fairly sharp whoop-de-doo, but we were able to slide over it easily with the rear locker engaged. Traction control systems are good, but they have to be damned good to compete with a good old-fashioned locker.

I was nonplussed when I first looked at the Pajero Sport. In my opinion, the front end is pretty nice but the rear is deadset atrocious. I was nonplussed when I was driving it as well… it’s dynamically quite boring, and the good-looking interior isn’t terribly practical; but off-road performance is quite sharp. The rational part of my mind knows this is a solid car with great features at a sharp price. But that crazy car enthusiast that’s also in there is sad that it didn’t make me care (or think much at all) in the meantime. 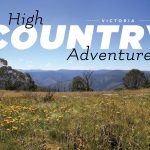 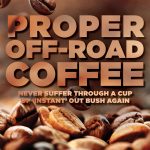