I never really pay attention to fuel consumption when I drive modern 4X4s, I must confess. That’s because I’ve owned a fair few TB42 petrol motors that can easily guzzle 30L/100km if pushed. Anything under that seems like good economy to me. But while loaded up for a family camping trip, I wanted to see what the Fortuner actually consumes.

Not what it claims, or the best economy I could get out of it. Nope, driven ‘normally’. This included suburban traffic, an 800km highway stint, winding back roads and some low-range off-road fun. And the result? After dragging out the calculator we returned 9.035L/100km. The claimed figure from Toyota is 8.6L/100km so we weren’t too far off the mark really. And again, if I was driving for economy Toyota’s figure would be achievable. Oh, the Fortuner has no modifications as of yet; there were two adults on board and a boot full of camping gear (to paint the picture). So considering it has an 80L tank, theoretically you could cover 885km before calling a tow truck after running out of diesel. With a larger aftermarket auxiliary fuel tank, the Fortuner could cover massive distances without needing a refill. 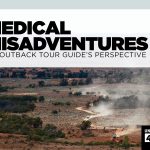 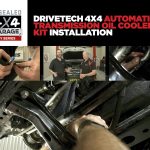