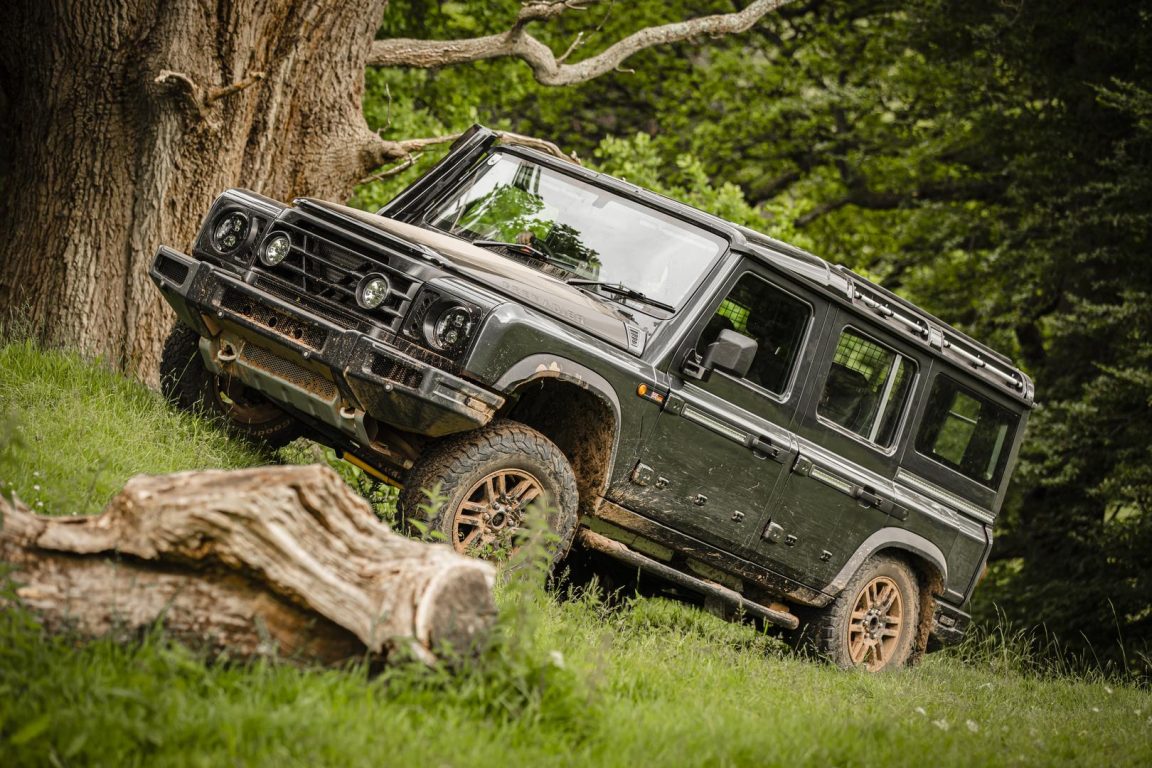 After production delays in 2021, it seems there is no shortage of new 4WDs coming to Australia in 2022. From the much anticipated Ford releases to the long-awaited Ineos Grenadier, here are the 4WDs we’re looking forward to seeing in the second half of 2022.

Although it’s based on the same T6 platform as the previous model, the Next-Gen Ranger comes equipped with a 3.0-litre turbo diesel V6 engine for the first time. Specs haven’t been officially confirmed, but we can expect to see about 185kW of power and 600Nm of torque.

Practical features include new selectable drive modes for optimal performance on different surfaces and in different conditions, a new digital instrument cluster, towing capacity of 3,500kg, flexible seating, wireless charging, 12V power socket in the tray and the ability to fit a 1,200mm x 800mm pallet in the bed.

According to Chief Platform Engineer for the T6 Ford Ranger Ute, Ian Foston, the new Ford Ranger is also future-proofed from a powertrain perspective. Ford hasn’t confirmed whether we will see a fully-electric, plug-in hybrid or a series-parallel hybrid Ranger in the future. However, the T6 platform has been upgraded or reviewed with the chassis capable of electrification down the track.

As in previous years, the Ranger line-up consists of XL, XLS, XLT and Wildtrak with a special-edition Sport grade set to become a permanent edition.

This leads us to one of the most talked-about new 4WDs in Australia for 2022 – the Ford Ranger Raptor.

Designed by the Australian design and engineering team in Melbourne, the Ford Ranger Raptor boasts a 3.0-litre V6 twin-turbo eco-boost engine that has the potential to thump out 292kW of power and 583Nm of torque. It’s a decent-sized jump from the previous version which is powered by a 2.0-litre diesel for 157kW and 500Nm.

As a result, the Ford Ranger Raptor is officially the most powerful Ranger Ford has ever built and according to Ford Performance program manager, Justin Capicchiano, the “the current car used to be 0-100km/h in 10.6 seconds. Now it’s close to 4.0sec faster … and it’ll do it on dirt.”

Transmission is 10-speed automatic with driving modes increasing to seven. These include a much-discussed Baja mode that features an anti-lag feature to keep the turbos spinning for up to three seconds after the driver backs off, providing a better response when you accelerate again. You’ll also have the ability to annoy your neighbours with selectable exhaust modes (the Baja mode is loud). Tech-wise, the vehicle now comes with a 12-inch centre mounted touch screen and a 12.4-inch configurable digital cluster.

Set to arrive in late 2022, the Next-Gen Ford Everest offers a choice of two powertrains: the new 3.0-litre V6 turbo-diesel and the familiar 2.0-litre bi-turbo diesel engine. Both are paired with a 10-speed automatic transmission.

Ford’s Chief Platform Engineer for Everest, Ian Foston said that Everest customers are “…people who like adventure, recreation and being able to go out with family and friends. Whether they’re conquering sand, rocks or city life, these customers appreciate the utility, capability and spaciousness of an SUV.”

According to Foston, the objective for the Next-Gen Everest was clear: tough on the outside, a sanctuary on the inside and amazing capability underneath.

This 4WDs interior has received an upgrade with charging options in the back across certain models, a digital instrument panel to replace the traditional analogue clusters and more. Towing is also not a problem with capability up to 3,500kg, a dedicated tow/haul drive mode and 360-degree camera views to help guide into position when hooking up.

New and enhanced safety features include:

The all-new seven-seater 2022 Jeep Grand Cherokee L is set to arrive in Australia in mid-2022 with the regular five-seater wheelbase coming in QTR 4 along with a 4Xe plug-in hybrid (PHEV) powertrain version.

Diesel power is no longer an option in Australia for this generation with all models powered by the familar 3.6-litre petrol V6 for 210kW of power and 344Nm to all four wheels. This is paired with an eight-speed automatic transmission.

Three variants are on offer for the Jeep Grand Cherokee in the Night Eagle, Limited and a luxury flagship Summit Reserve. Standard features found in the entry-level Night Eagle include an 8.4-inch touchscreen, 10.25-inch digital instrument cluster, electric front seats, LED headlights, leather seats and a full suite of active safety features. Both the Limited and Summit Reserve are another step up respectively in terms of features and luxury.

The Ineos Grenadier is a new off-roader with a distinct old-school Land Rover Defender feel about it. It’s still a bit of an unknown; buyers are unable to readily test the vehicle before laying down a deposit. This 4WD is not to be confused with a road-going SUV; it’s marketed as a serious 4WD you can count on.

The Ineos Grenadier features a 3.0-litre BMW straight-six engine in both diesel and petrol. Both are matched with an 8-speed auto transmission and can tow up to 3,500kg.

Reserve the Ineos Grenadier online to ensure you are at the front of the queue when orders are officially taken.

Built on the same platform as the Toyota LandCruiser 300, the next-generation Lexus LX is one of the most luxurious 4WDs coming to Australia in 2022. There are two models on offer. The LX 600 features a 3.5-litre twin-turbo V6 petrol with 305kW of power and 650Nm of torque and the LX 500d features the 3.3-litre F44A-FTV V6 diesel engine for 227kW power and 700Nm torque. Both are matched with a 10-speed automatic transmission.

Inside, you will find a large 12.3-inch touchscreen with a range of customisable display options. There is also an additional 7.0-inch screen for core functions. Six driving modes are on offer and a new 360-degree camera set up makes parking easier, as well a visually checking ground clearance when driving off road.

Long considered one of the more affordable 4WDs, the new Mitsubishi Triton offers a 2.4-litre turbo-diesel four-cylinder engine for 133kW of power and 430Nm of torque. You can choose between a six-speed manual or automatic transmission.

Towing varies across models from 2,500kg – 3,100kg. All feature a 7-inch touchscreen infotainment system and most include auto emergency braking, forward-collision warning and lane-departure warning. Blind-spot monitoring and rear cross-traffic alert are available in the GLS and GSR.

Read next: Ford is bringing the F150 back to Australia 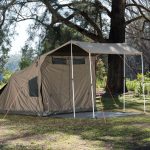 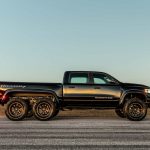