The public has been asking ‘when’ for years and we finally have an answer.  Ford has officially announced that the F150 will be available in Australian showrooms by mid-2023 through a right-hand drive, local remanufacturing program with engineering specialists, RMA Automotive.

What the top dog at Ford has to say

President and CEO of Ford Australia and New Zealand, Andrew Birkic said, “We’ve listened hard to fans and dealers and found a way to bring F150 to Australia.  As the pinnacle of ‘Built Ford Tough’, it will give our customers even more choice when they’re in the market for a pick-up. We just can’t wait to unleash it.”

“F150 has been part of F-Series, America’s best-selling vehicle line for the past 40 years, with more than 40 million F-Series Trucks produced to date. With such a local fan base, and with full-size truck sales in Australia tripling in recent years, we just knew we had to find a way to bring it back to Australia.”

Ford Australia’s product development engineers will collaborate with RMA Automotive to ensure a seamless conversion. With over 30 years of engineering expertise, RMA is one of the world’s leading suppliers of modified vehicles.

The remanufacturing from left-hand to right-hand drive will take place in Mickleham, north of Melbourne. This RMA leased facility is in the same precinct as Ford’s new parts supply and logistics hub. Additionally, it’s also close to Ford’s engineering head office in Campbellfield.

The Ford F150 in Australia

Australian F150s will be offered in the fully-equipped XLT and premium Lariat. Both variants have a 3.5L EcoBoost V6 engine under the bonnet delivering 298Kw of power and 678Nm of torque. Mated with a 10-speed transmission, the Aussie F150 will be offered exclusively in crew cab style boasting a 4.5-tonne tow rating. All of this will be backed by a five-year unlimited km warranty.

This engine is the most popular in America and according to Natalie Manariti, Ford Australia’s Global Trucks Enterprise Product Line Manager, it boasts more power and torque than many of its V8 competitors.

Tech and safety features include:

“It’s smart, as well as tough and powerful. The F150 is purpose-built to be the toughest, most productive F150 ever, and raises the standard for all trucks,” said Manariti.

Further specification and pricing will become available closer to launch in mid-2023.

Read next: Which new 4WD would you take on your next adventure? 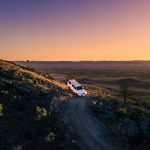 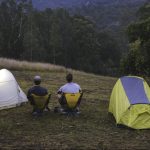