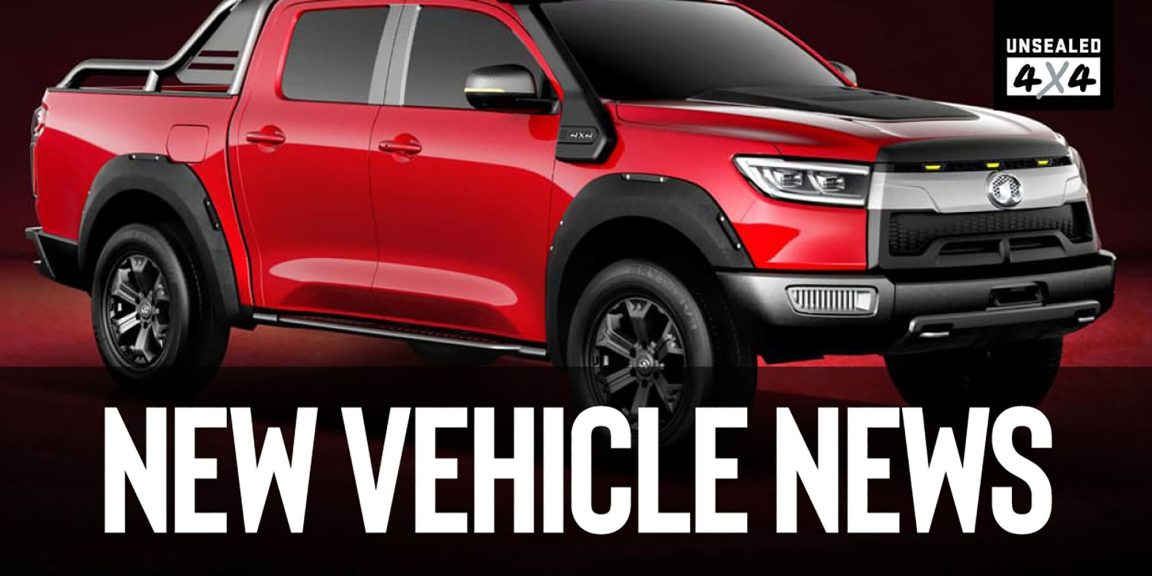 Just released at the Shanghai motor show (Auto Shanghai), is the newest offering from Great Wall. The new, so-far-unnamed ute is lining up to take on the bigger players in the dual-cab ute segment. The new ute will be offered in a 2.0-litre 180kW petrol, 2.0-litre 145kW diesel internal combustion engine, and as a fully electric vehicle. Six-speed manual and eight-speed auto gearboxes are on offer across the platform, with different suspension set-ups being offered for the different classes of ute.

The new utes will feature a ladder-frame chassis, and all utes will have double-wishbone independent coil front suspension. To the rear, the commercial and EV models have carried on with the tried-and-tested leaf-spring live axle for load carrying capacity, while the passenger and off-road biased models will have a multi-link coil-spring set-up for articulation and comfort.

Braked towing capacity is to be at the 3000kg mark across the range, and the EV model is tipped to push average range above 500km on one charge (no word on whether that is unladen or with a load as yet). Whether they will hit this mark is still yet to be seen, however it is quickly becoming the industry standard across the EV range for all manufacturers.

The ‘off-road’ version is offering a 900mm wading depth, lift and off-road biased tyres as standard, as well as a winch and snorkel fitted from factory. The new Great Wall will have factory front and rear diff locks and a selectable seven-setting off-road mode system. Images coming out of Auto Shanghai are also showing a factory-fitted angled pre-runner style rear wheel carrier, and has loaded jerry cans and traction aids in the rear tub.

Release date is looking to be third quarter in 2019 for domestic release in China, however we should expect to see them early 2020 Down Under. At this stage, the EV model will be released in 2WD only, however we should expect to see this brought across to the 4X4 model within 12-18 months from release. Great Wall Motors Australia have already confirmed they plan to bring the new utes into Australia, including the EV version, so keep an eye on this space as we bring you updates as they come to hand.

Considering the somewhat shaky start Great Wall had in the Aussie market a few years ago, would you now consider one against the big players like Ford and Toyota? Especially considering the new ute will likely be around half the asking price of the top two. 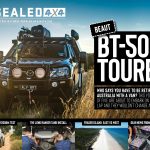 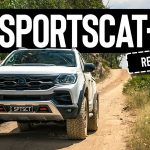