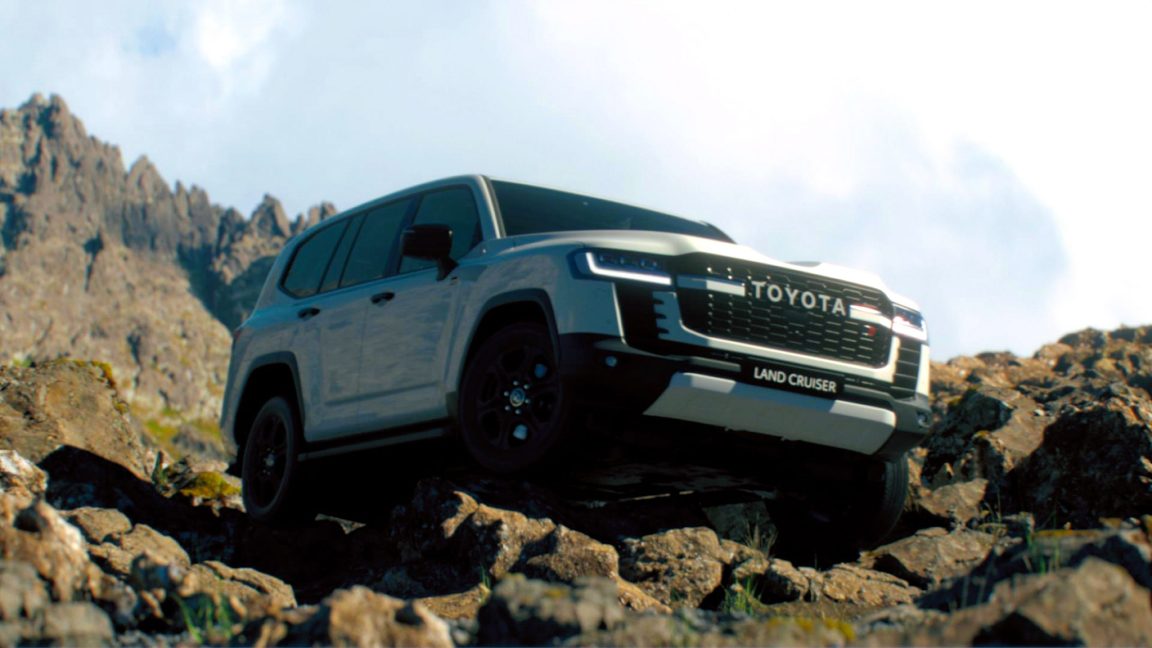 The Land Cruiser 300 Series is the first new Land Cruiser model since the release of the 200 Series way back in 2007, taking its place as the new flagship of Toyota’s SUV range. According to Toyota, the new model further reinforces the Land Cruiser’s credentials for quality, durability and reliability together with improved off-road performance and on-road capability.

“The engines, transmission and platform are all brand-new and engineered to deliver a leap forward in performance both on-road and in the toughest off-road environments. Innovations and improvements, including world-first technologies, have been delivered without compromising any aspect of Land Cruiser’s ability, targeting performance that people can trust to carry them safely and securely, on and off-road.”

The 300 Series Land Cruiser is the first model to use Toyota’s new Global Architecture platform and is the first to be designed for a body-on-frame vehicle. According to Toyota, the new platform “preserves exceptional off-road capability while bringing new benefits in terms of body rigidity, strength and dynamic balance and helping deliver improved on-road performance as well. It provides the basis for introducing new technologies, reducing weight, lowering the vehicle’s centre of gravity, improving safety and enabling new designs for the exterior and interior.”

The chassis was redesigned to save weight and improve rigidity and, to that end, Toyota claims the new Land Cruiser is 200 kg lighter than its predecessor. To complement the new chassis, a new Electronic Kinetic Dynamic Suspension System (E-KDSS) has also been introduced to achieve optimal wheel articulation and improved road-holding. The new Land Cruiser 300 Series is also the first Toyota to adopt a Multi-Terrain Monitor, which gives the driver a real-time view of the road surface beneath and immediately surrounding the vehicle as well as the position of the wheels on the ground. The Multi-Terrain Select system automatically assesses the quality of the driving surface and adjusts the 4wd system to the most appropriate driving mode.

The big news, which probably wasn’t news to anyone really, is the departure from the V8 twin-turbo diesel to a choice of two new V6 twin-turbo engines. One a 3.5-litre petrol producing 305kw and 650nm of torque, and the other which is sure to be the towing community’s favourite, is a 3.3-litre diesel producing 227kw and 700nm of torque. Both engines are mated to a new 10-speed automatic transmission. Toyota claims the new engine/transmission combinations contribute to reductions of around 10% in fuel consumption and CO2 emissions compared to the 200 Series. The 3,500kg towing capacity is expected to be retained with the new model.

Safety is also improved with the new Land Cruiser featuring the latest Toyota Safety Sense active safety package that features a pre-collision system that is said to be able to detect pedestrians (day and night)) and cyclists (day only). The system detects oncoming vehicles at intersections and oncoming pedestrians when the vehicle is turning in either direction. There is also an emergency steering and crash avoidance function which assists with steering and lane-keeping and is triggered when the driver performs a sudden steering maneuver to avoid a collision.

Another major change is the all-new interior which really brings the Land Cruiser into the 21st century with styling and features that would not be out of place in a luxury European SUV. According to Toyota, the new horizontal instrument panel aids the driver to position the vehicle when driving both on and off-road. Additionally, Toyota has improved comfort and ergonomics with improved positioning, shape and colour of switches and other controls.

The new exterior will be a case of love it or hate it for many potential new buyers. It is a bit boxier than the old model (if boxier is even a word) with a larger front grille and reshaped rear side windows. What does look awesome is what Toyota is calling the GR Sport model which features a different blacked-out front grille with TOYOTA blazed across the centre, black-accented bumpers and black wheels.

More information about the new 300 Series Land Cruiser is expected to be released in the forth quarter of 2021. 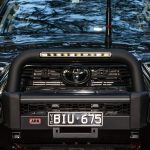 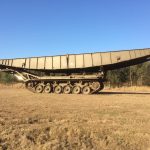