If your fully kitted out Landcruiser with diff locks, 3 inc lift and massive muddies isn’t cutting the off-road mustard, we have a solution. Buy a tank..!

The very last operational Centurion MK 7 bridge layer is the only tank left in the world of its kind that is completely running and operational and it’s going up in an online auction situated on the Gold Coast this Wednesday.

“We feel honoured to be able to auction such a unique piece of history featuring one of the rarest army tanks not only in Australia but the world and we feel responsibility in passing down its history to the next custodians,” said Mr Lee Hames, Chief Operations Officer for Lloyds Auctions.

“These tanks have been preserved and cherished by the current custodian and they will be remembered forever by their stories that will live on and be told for many generations to come,” Mr Hames continued.

These tanks are currently owned by a passionate Gold Coast local, where he currently operates rides for the public and can learn about Australian War history first-hand in person. The auction listing states, “All three engines operate including the 27 litre v12 Rolls Royce main engine, B40 Rolls Royce hydraulic pump motor and Morris 1100 Auxiliary motor. The bridges load capacity is rated at 80 ton. Complete and functional in every regard. One of four in the Australian army and one of two that served in Vietnam….”

“They changed my life, 10 years ago if you had of said to me that I was going to have a business with 25 tanks, I would have laughed and said you were crazy, but it’s the way that is gone and it’s given me a lot more than I have ever expected,” said the current custodian of the tanks.

If your garage is too small to house a Centurion bridge layer tank, there are plenty of other vehicles on offer including a Toyota Megacruiser (I’m definitely going to bid for that if the missus lets me), a Mercedes Benz Unimog, a couple of Series 2A Land Rovers and a 1940’s Bren Gun Carrier.

These vehicles are extremely unique, and represent a timepiece in history, each with their own serial numbers and ARNs that are stamped around the vehicles.

“I hope that these machines will be enjoyed by the next custodians, and that they will simply have fun with them and look after them,” he continued.

The auction is currently published online, and it can be viewed by clicking here.

If you want one of these vehicles, you’ll have be quick as bidding is now open online and will close on Wednesday 16th June 2021 at 7:00pm 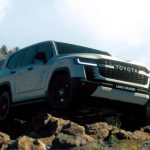 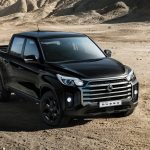